Two-Faced Calf is Alive and Eating in Kentucky

This is the probably the only story you’ll read today containing words like “two-faced,” “bull” and “manure” that’s not about politics. A rancher in Kentucky checked on a cow that had given birth overnight and was greeted by two bodies and three heads. A two-faced calf looked at him twice, walked around and demanded food in both of its mouths.

From a distance, I thought I had twins lying together. I saw two noses. I thought it was twins and then when I saw her, I was just completely blown away.

Stan McCubbin says he’s been raising cattle in Taylor County near Campbellsville for seven years and this is his first two-faced or two-headed calf. It’s tough to pick the proper description because the calf – which McCubbin’s five-year-old daughter has named Lucky – doesn’t really have two completely separate heads.

On the double side, she has two noses and two mouths that appear to move in unison, especially when eating. On the shared side, Lucky has four eyes but only three eye sockets, with the one in the middle holding two that are apparently blind. There’s no indication yet if Lucky has two brains, one brain or something in-between. No word on how the plumbing at the other end is working in manure production or if there’s a proud bull passing out double cigars.

She stands and goes in a 360. It’s a balance issue as well ― her head is so heavy. She likes to stand up, but my husband has to hold her on her legs. 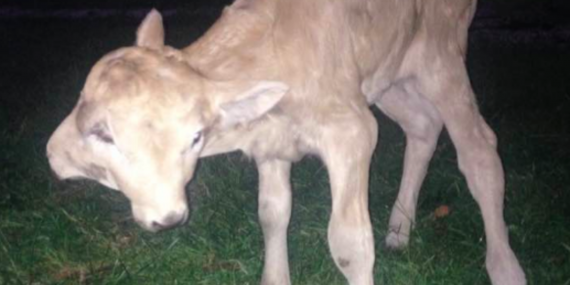 Standing, walking and eating are all good signs, even though Lucky’s chances of being really lucky and having a long life are slim. As of this writing, she’s survived for six days and Brandy says she’s eating faster, standing longer and occasionally moving in a straight line.

Stan McCubbin’s says his children are playing with it and Lucky is getting visitors.

As long as it’s not in the middle of the night. 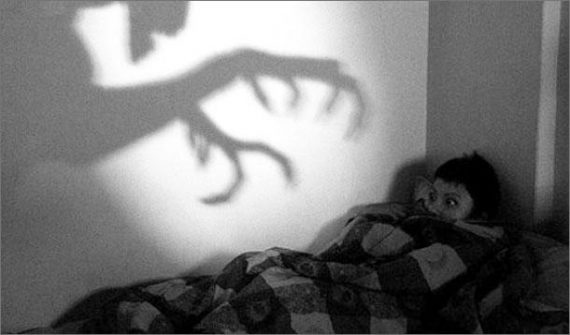