Video Shows Tasmanian Tiger May Be Alive in Adelaide

A video of a Tasmanian Tiger – thought to be extinct since 1936 – has surfaced showing who looks to experts like a living specimen invading a garden in southern Australia. Is this the real deal or yet another false lead on the most extinction-hopefully-denied creature since the ivory-billed woodpecker?

You can see the animal's head. You can see the body of the animal, it does appear to have some sort of dark discolouration on the body which may or may not be stripes You can clearly see it has a very distinct hock on its rear foot, its has a long stiff pointy tail. Where the tail connects to the body is very wide, which is typical of a thylacine. 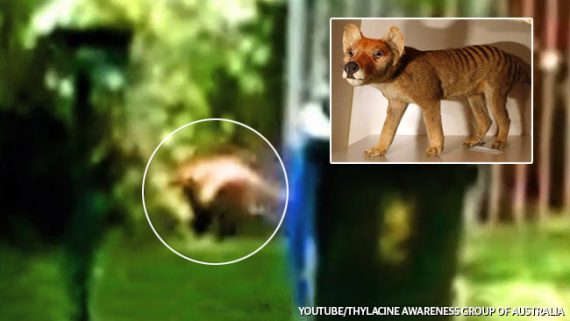 Researcher Neil Waters of Thylacine Awareness Group of Australia describes the video of an alleged Thylacinus cynocephalus ("dog-headed pouched one") – better known as the Tasmanian tiger or Tasmanian wolf – which was the largest known carnivorous marsupial until the last specimen famously died in a Hobart Zoo in 1936. Although taken in February, it was released this week in honor of Australia’s National Threatened Species Day, held annually on September 7th, the date in 1936 that Benjamin, the last remaining Tasmanian tiger, died. 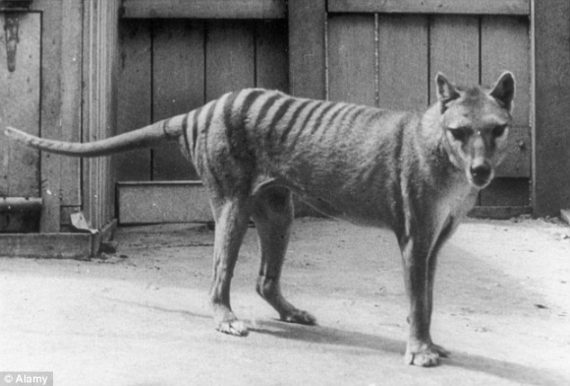 But since then, there has been over a thousand sightings of thylacines in Tasmania, and nearly 5000 on mainland Australia — and South Australia has had its fair share of those sightings.

Is this 80th anniversary video legitimate proof of a living Thylacinus? It was taken in Adelaide Hills, a suburb of Adelaide in South Australia, in an area where reports of a Tasmanian tiger sighting were made by five people in March of 2015. That put locals on high alert for other possible sightings (meaning ‘keep your cell phone camera nearby, locked and loaded’). They were rewarded less than a year later with another sighting briefly captured on video. Waters alludes to more.

This footage is the first of five possible thylacine videos we plan to release over the coming weeks.

As expected, skeptics point to the blurriness of the brief video which makes the shadowy rear stripes – the identifying sign of a Tasmanian tiger – questionable. Also, other than the video, there’s so far been no other evidence uncovered of a carnivore living in the area – no missing pets, dead pet remains, feces, fur or other concrete signs. For now, experts like South Australian Museum mammals senior researcher Dr. Cath Kemper calls the video hopeful but still wishful thinking.

We looked at it quite a few times and I couldn’t say either way, you know, it’s too blurry, but it’s interesting. You never know, if they do get a real picture of a thylacine or something, then they’ll be laughing at us. I’d quite like that actually, wouldn’t that be nice. 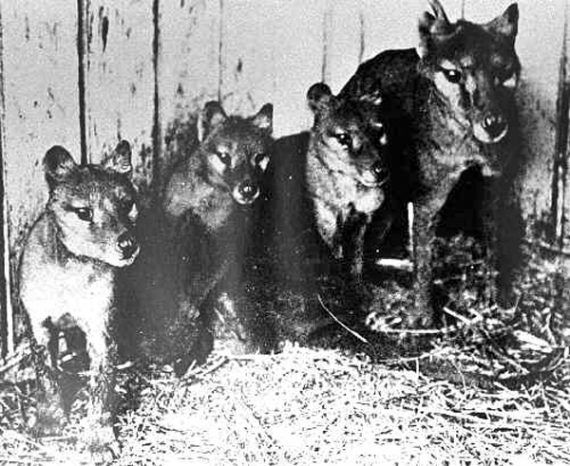