A Menagerie of Mysterious Beasts – Reviewed

Available now is the new book from cryptozoologist Ken Gerhard. Its title: A Menagerie of Mysterious Beasts. Over the years Ken has written a number of books, including Big Bird!, and Encounters with Flying Humanoids. They are all very good, but I have to say that in my opinion Ken's latest release is his best so far. This is an excellent study of numerous different "cryptids," as such things have become known. It's a book that covers bizarre, flying monsters, Bigfoot-type creatures, monsters of the rivers, lakes and oceans, giant spiders, and certain creepy "things" that almost defy explanation.

It is important to note that Ken is no armchair-researcher. He had an almost unique childhood, one which took him across much of the planet with his family, and into the hearts of jungles, rain-forests and much more. Plus, as someone who spends a great deal of time working at the San Antonio, Texas Zoo, Ken knows his regular zoology, as well as he does his cryptozoology. And all of that shines through in A Menagerie of Mysterious Beasts. So, with that said, on with the content.

Ken writes in an atmospheric style and starts the book with a famous and controversial saga, that of the so-called "Minnesota Iceman." As I noted in an earlier article on the Iceman: (Quote) "If you don’t know the story, a bit of background data is definitely required. And a perfect, concise summary comes from the good folks at Anomalist books: 'The story begins at the end of 1968 in New Jersey, when zoologist Bernard Heuvelmans and biologist Ivan Sanderson first hear from a correspondent about the frozen corpse of an extremely hairy man-like creature being exhibited in the Midwest. Upon arrival in Minnesota, the two scientists come face to face with a 'hominid' not of our species embedded in a block of ice.'" (End of quote)

Ken's opening chapter is not of an "I want to believe" nature, however. Quite the contrary: Ken (who got to see the Iceman on display when he was a young boy) presents both sides of the coin. Namely, real body vs. special-effects-type creation. The story, as Ken skilfully shows, is a very complex one. It's filled with intrigue, mysterious and colorful characters, multiple theories for what the Iceman really was (or wasn't), and mysteries that continue to endure to this very day. And still on the matter of hairy man-beasts, Ken shares with us his personal experiences in Belize, looking for its resident hairy humanoid, the Duende.

Such controversies as Dogmen, werewolves, and what Ken terms "other cryptid carnivores" are also addressed, including the infamous Beast of Gevaudan. It was a strange animal that terrorized rural, southern France in the 1760s. Again, Ken speaks of what he knows: he spent significant time personally investigating the eerie affair, on-site, in 2008. This is a chapter that also takes us from Poland to South America, and from Nebraska to Mexico. 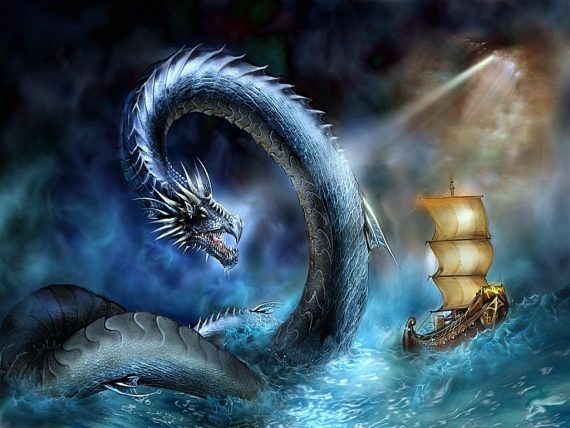 Ken describes his quest to uncover the truth behind "Ray," the legendary lake-monster of Raystown Lake, California - a serpentine-like animal with a length of around 15 feet. In road-trip/diary fashion, Ken reveals what happened when he took a trip to the lake in December 2012. I particularly liked this chapter, as Ken focuses on a lot of lesser-known lake-monsters and sea-serpents, rather than the usual, and over-used, suspects. The chapter titled "Enormous Eagles" is self-explanatory. But, I can tell you that if you want to find the latest information on sights of massive, mysterious birds, this is the place to go to. Ken presents the testimony of numerous people who shared with him their experiences of a "Thunderbird"-like nature.

"Modern Dragons" is a section that introduces the reader to the legendary "Tatzelwurm" of the Alps. Ken relates his own, firsthand trek to the area, as well as providing notable information on this enigmatic thing. Monster-lizards and huge, bat-like fliers are also placed under the microscope for scrutiny. Tales of super-sized salamanders are uncovered and dissected, as is the bizarre saga of the Loveland Frog and stories of grossly oversized toads. Accounts of giant-sized spiders clearly fascinate Ken, who shares more than a few cases of spiders of nightmarish proportions.

Creatures and entities of a more Fortean nature are also tackled by Ken. We're talking about the likes of elementals, the Hat-Man, and the Black-Eyed Children, who round-off what is one of the best books I have read in a long time. Well worth investing in!