Egyptian Coin With Alien Head May Not Be Egyptian or Alien

A number of websites are touting the discovery of what appear to be one or more ancient Egyptian coins with what looks like the head of an extraterrestrial on one side. Is this proof – as some are screaming – that aliens visited ancient Egypt or do these coins have a less mysterious but still interesting origin?

A group of people who worked on the renovation of a house in southern Egypt found a number of very rare coins. They are unique in its kind that curiously have no images of a strange human figure. So far no one could explain the origin of these parts. 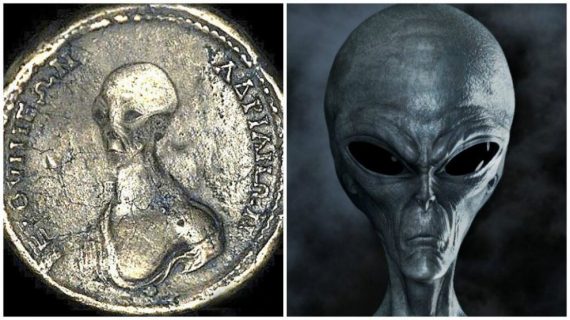 What? This sounds like a bad Google translation of a bad report on some strange coins. Or maybe just one coin. The site only shows one image. The ‘head’ side has a head and shoulders that clearly looks like a typical ET. The tails side … well, there’s no picture of the flip side. How did ancient Egyptians decide which team receives the kickoff? The only reference to the other side is a mention that it contained the words “OPPORTUNUS Adest” (their capitalization) which the site claims it translated to “It’s here in due time.” It? What? Why did these aliens speak to ancient Egyptians in Latin? Why did the site translate the hidden side but not the words surrounding the image of the alien, which appear to be Greek? 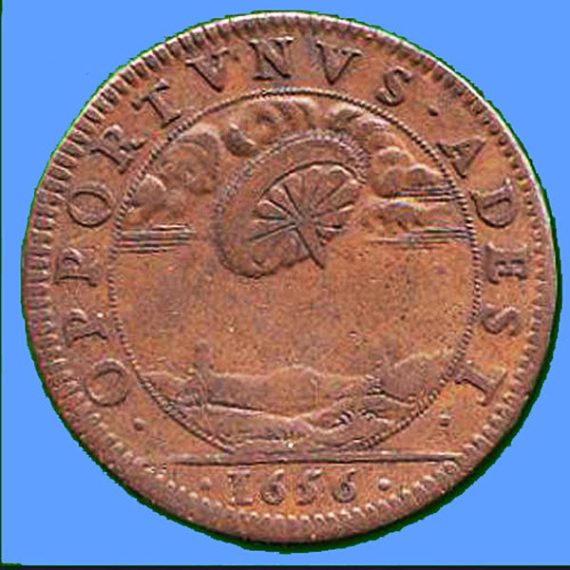 While the original site had no further information or pictures, other sites seemed to find many more photos of coins, including a number of them carved with OPPORTUNUS ADEST” around the edge and the image of various objects resembling spacecrafts in the middle. A number is on the lower edge that looks like ‘I656’ which is a mash-up of Roman and Arabic numerals.

Many comments on the sites refer to these coins as examples of “hobo nickels” – something I had never heard of before. The expression refers to an American practice dating back to the mid-1700s of altering the images on what were then softer metal coins. The most popular image changed by amateur engravers was the seated Liberty, which they altered to make the poor woman look like she was sitting on a toilet or “chamber pot” – hence the nickname “potty coin.” The copper-nickel Buffalo nickel, first coined in 1913, became a popular coin to alter among amateur engravers with a lot of time on their hands – namely, hobos traveling the country by hiding on trains. 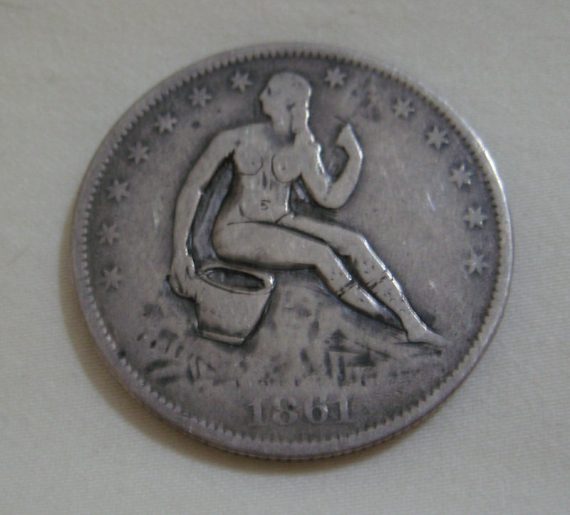 Hobo nickels became popular enough to be considered an art form and a collectible, with the hobby continuing into the 1980s with designs of virtually everything that could fit on a nickel and be carved out of the images, including … aliens and spaceships.

Which brings us back to the coins with alien heads. The vague explanation coupled with the past popularity of carving new images on old coins should make this mystery easy to solve.

Or maybe that’s what ‘they’ want us to believe.