The southeastern state of Tennessee is the birthplace of bluegrass music, Mountain Dew soda, miniature golf, the tow truck, and Jack Daniels Whiskey. It’s tied with Missouri as the state that borders the most other states (eight). It’s also the 36th largest state, but the 17th most populous. Famous Tennesseans include singers Johnny Cash, Aretha Franklin and Tina Turner, actor Morgan Freeman, director Quentin Tarantino, former vice president Al Gore, TV mogul Oprah Winfrey, and pro wrestling legend Ric Flair (Woooooo). Oak Ridge, Tennessee, was established in the 1940s as part of the Manhattan Project that produced the first atomic bomb. This 440-mile-long state features plains, lakes, rivers, and mountains, and is the perfect home for the Tennessee Wildman. 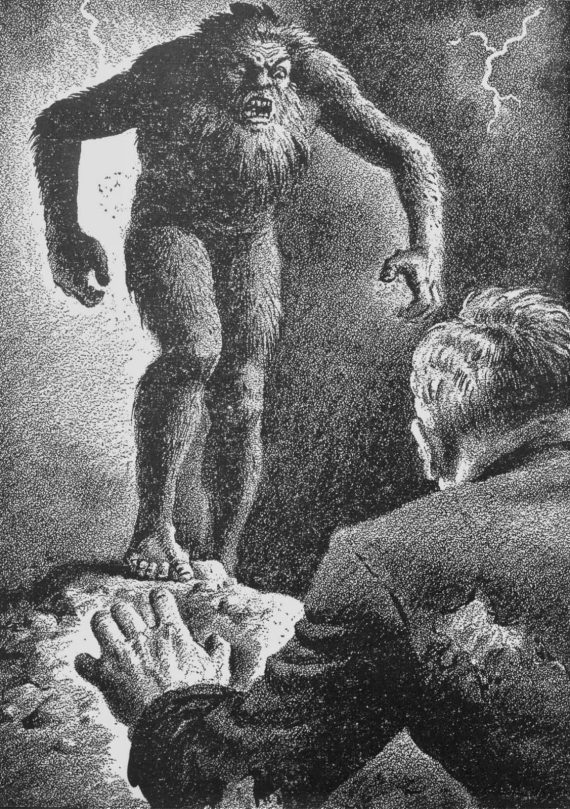 In the late 1800s, residents of McNairy County, Tennessee, encountered a creature that wasn’t quite a man, but not quite a Bigfoot. The beast was reportedly seven feet tall with either dark gray or dark red hair, blazing red eyes, and its hair and beard hung to its waist. The creature’s scream, witnesses said, could freeze a man’s blood. Amazingly strong and fast, the Wildman often targeted women with its threats, although none of its attacks were successful, according to the 5 May 1871 edition of The Hagerstown Mail. The Wildman was also known to silently approach houses, but if seen took off running, effortlessly leaping fences before it disappeared into nearby trees.

Although Wildman reports have continued over the decades, the last recorded sighting was in the 1990s in Carter County on the opposite side of the state from McNairy County.

Paranormal investigator Robb Phillips appeared on the television program “Monsters and Mysteries in America,” and described his encounter with the Tennessee Wildman at the Watauga Cliffs.

Walking toward the cliffs in the rain, Phillips and his cousin froze when the tenor of the forest changed. “It was like everything in the woods just stopped,” Phillips told the local newspaper, The Elizabethton. “There was no sound at all. Then we heard twigs snapping, and then there was this scream. It was like nothing we had ever heard before. It was not a human sound or an animal sound. Then we took off.” As they fled through the woods, the cousins saw the source of the scream – a smelly man-like hairy beast at least nine feet tall with red eyes.

“We knew we had experienced something,” Phillips told The Elizabethton. “We had heard the rumors, but when it actually happened, we knew it wasn’t a myth.” 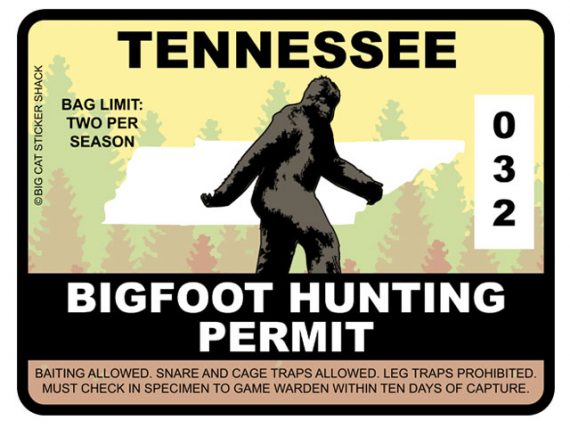 A creature that more fits the description of a Bigfoot has been sighted for years in the Tennessee foothills. According to The Augusta Chronicle, this seven-foot-tall monster smells like a skunk, and leaves footprints sixteen-inches long. One victim told the newspaper the hairy monster screamed like an ape as it chased him through the forest. Unlike the gentle giant Bigfoot is often depicted as, this beast seen around the town of Flintville is aggressive. "That thing's so big it could easily hurt somebody," farmer Ned Sinclair told The Chronicle.

The first encounter with the Flintville Monster occurred in 1976 when an enormous man-like ape jumped on the hood of a woman’s car, breaking the radio antenna. It hooted, and sprang to the roof before it leaped off and dashed into the woods. Attacks continued into the 1980s when the beast chased a woman into her house and banged on her door. But a number of attacks involved cars, including the account of a plumber, and the pastor of a local church who reported different encounters with a Bigfoot-like beast that broke their vehicle antennas, and bashed in their windshields.

The most notable account occurred in 1976 when the mother of a four-year-old saw the tall, hairy creature running across a field toward her son who played in the yard. She bolted from the house to intercept it. “It reached out its long, hairy arms toward Gary and came within a few inches of him," she told investigators at the time. She reached her son before the creature, grabbed him, and bolted back inside the house where she called police. A hunting party searched for the Flintville Monster, but found only enormous footprints, and blood. 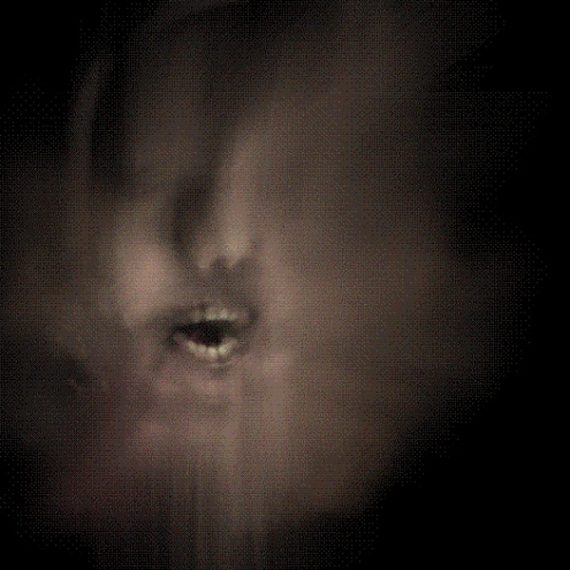 A misty creature lurks near the small town of White Bluff, Tennessee – a creature of legend. As the story goes, in the 1920s, a man built a farm home for his family of nine in a hollow near the town. Every night after the family fell to sleep, a wailing shriek would pierce the hollow, rousing the household. Finally the man had enough of the night screaming, and bolted outside with his shotgun to track down the thing that tormented his family. As he followed the scream, it led him back to his house where the screams changed into the death wails of his family. When he rushed into the home, he found his wife and seven children torn to bits.

The White Screamer is similar to the banshee of Irish folklore that foretells death, and has been known to follow families. Since Irish is the third largest ethnic group in Tennessee, maybe some banshees made it to the United States from across the pond. 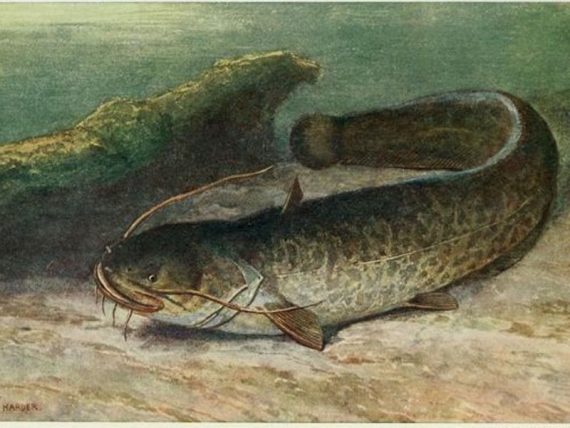 The 651.8 mile-long Tennessee River is supposed to be home to a twenty-five foot long river beast. The legend began in 1822 when a farmer was fishing in the river and a “sea serpent” emerged from surface of the water, scaring him so badly he died soon after. Another fisherman told a similar story in 1827 when he encountered the Tennessee Terror and it almost shook him out of his canoe. The man described the creature as bluish-yellow and built like a giant snake.

The legend has grown over the years turning the Tennessee Terror into a giant catfish called Catzilla that has grown to at least 500 pounds. Although species of catfish in Spain and Southeast Asia grow to that size, science knows of no species that big to swim the waters of Tennessee – at least not yet. 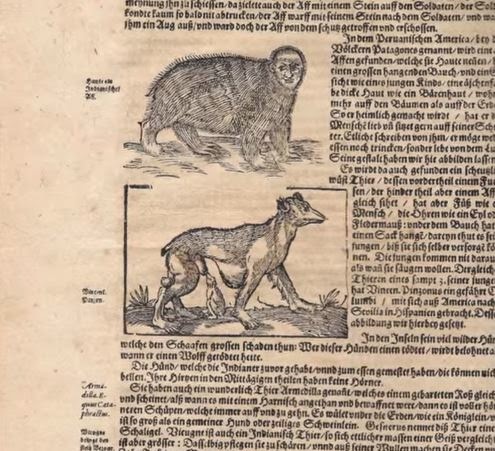 Tennessee is home to many reports of a four-foot-long entity with a human face that walks on four legs. A woman exploring an undisclosed cave reported seeing the creature climbing along a cave wall. The monster had brown eyes and was covered with brown hair. Its short legs ended in “paws.”

A report of a similar creature was made by a group of people walking on a wooded trail in Marion County. The hairy monster on four legs walked toward them on the trail, and stopped to look at them – it had a human face.