In early 1987, a very bizarre incident occurred at a Manhattan bookstore. It is a story told in Whitley Strieber's 1988 book, Transformation, and in Ed Conroy's Report on Communion, published one year later, and which is an excellent read. It involved a woman who was heavily masked, hidden, camouflaged, and who was likely not human, and who left a deep, lasting impression on the witness. The woman was not alone, however. She had a male companion. It was a wintry, freezing, and dark Saturday afternoon in the latter part of January 1987 and a man named Bruce Lee - who worked as a senior editor at a New York publishing house, William Morrow & Co. - walked into a bookstore on the Upper East Side of Manhattan, along with his wife. It was the now-closed-down Womrath's, on Lexington Avenue.

It turns out that William Morrow & Co. had then very recently published Whitley Strieber’s New York Times’ bestseller, Communion – a book that told of Strieber's very own encounters of the so-called "alien abduction" variety. Womrath's had a large display set up for Communion and they also stocked a couple of Lee's own books. Quite naturally, Lee, who had also worked for Reader’s Digest and Newsweek, was curious to see how both of the displays looked. 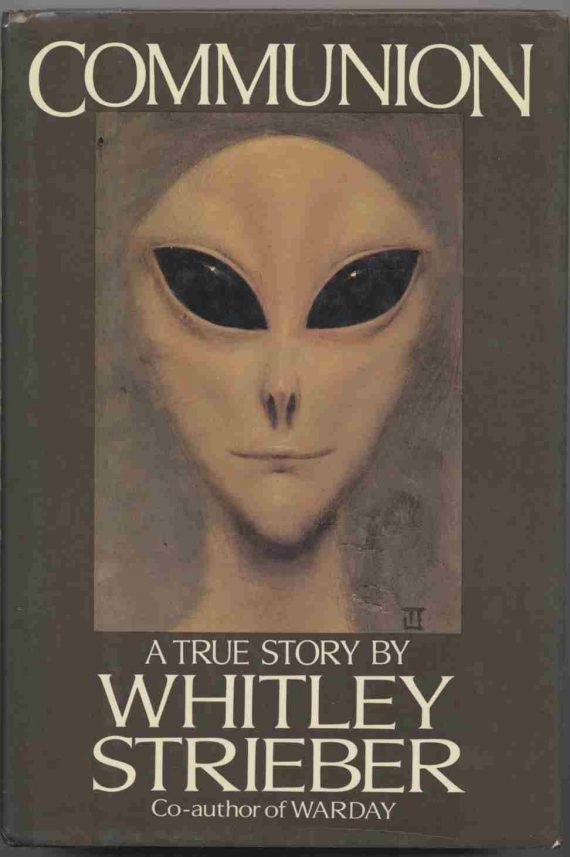 At this point, Lee and his wife parted and she headed off to the fiction section. Lee's attention was suddenly drawn to a strange couple that entered the store. In his own words, the pair headed "directly for Communion." He explained: "I mean, it was just, you could see them come in – they didn't know where the book was, you couldn't see it from the street – and they came in and headed right back for where that rack was. Most unusual, if you see what I mean."

That was not the only unusual thing about that fateful, Saturday afternoon. Both the man and the woman were barely five feet in height – maybe even slightly smaller. They had scarves that covered their chins, hats pulled tightly down, and huge, black sunglasses. They also appeared to begin speed-reading the book, noting out loud – one might even suggest for Lee's benefit – where Strieber had got certain things wrong.

Quite naturally, given that he worked for the very publisher that had just released Communion, Lee walked over and asked the pair what was wrong with the book. The woman suddenly looked up, at which point Lee was able to see through her sunglasses that her eyes were not just large, but huge. Lee, by his own admission, felt the hackles on the back of his neck rise, and got a "mad dog" feeling emanating from the woman. He was likely not wrong when he observed: "I got to feeling that I was in eyeball contact with somebody who did not like me at all." Such was the nature of the woman, Lee literally began to shake, backed away, quickly looked for his wife, and fled the store. "I didn't want to get bitten," he said.

Was the woman sending a message to Lee, one that was all but guaranteed to get back to both William Morrow & Co., and to Strieber himself? Very possibly, yes, since that's precisely what happened. Certainly, it hardly seems likely that this encounter between Bruce Lee and the "mad dog" woman, and her silent male partner, was down to nothing stranger than chance. Now, let's take a look at a certain woman in beige. She, too, has a connection to Whitley Strieber and his blockbuster, Communion.

Two months after Bruce Lee's traumatic experience in Womrath's, there was yet another encounter in a bookstore that had at its heart a mysterious woman and Whitley Strieber's 1987 bestseller, Communion. In this case, the person in question was a psychoanalyst, Dr. Lee Zahner-Roloff. The Northwestern University Library says: "Leland Harold Roloff was born in San Diego, California, on August 15, 1927. He obtained his B.A. in speech (1950) from San Diego State College, M.A. in interpretation (1951) from Northwestern University, and Ph.D. in interpretation (1967) from the University of Southern California. He later obtained a diploma in analytical psychology and practiced as a Jungian psychoanalyst under the name Lee Zahner-Roloff."

As Zahner-Roloff walked through the store, a tall, blond woman came towards him, holding in her arms – almost as one would cradle a newborn baby – a copy of Communion. Zahner-Roloff told Strieber: "In passing her I was overwhelmed with a sudden urge to pick up that book. Why would I pick up that book, about which I knew nothing, and seemed to have a loss of control regarding the purchase of?" He added that, "I lost personal volition completely."

Zahner-Roloff bought the book and quickly told work colleagues about it. In no time at all, it was as if an epidemic of alien-themed dreams took hold of him and his work friends. He said to Strieber: "Every once in a while I think about that tall woman in the beige suit carrying your book face forward through the aisles."

Men In Black: The Library Connection