Men In Black: The Library Connection

In June of this year I wrote an article here at Mysterious Universe titled "Libraries and Strange and Sinister Encounters." It told the eerie tale of a UK-based UFO researcher, Nigel Wright. It was a story concerning UFOs, a library, and a mysterious "Woman in White." Such "library cases" are far from being rare. I have far more than a few in my files, several of which I'm sharing with you now.

In 1967, John Keel investigated the odd case of Jane (actually a woman named Jaye Paro), who, after having a UFO encounter that had a "missing time" component to it, had a weird library-based experience. It was in May 1967 when the strange affair went down, and the location was the Mount Misery area of Huntington, New York. A couple of days after the encounter, something occurred that is a common factor in both MIB and Women in Black encounters: Jane received an odd and somewhat disturbing telephone call. The mysterious woman at the other end of the line did not identify herself to Jane. Instead, in a weird, "metallic"-sounding style, she instructed Jane to go to her local library, to ask the staff for a specific book on Native American history, and to then turn to page forty-two and read it. Very carefully. It was an extremely curious request, but Jane felt oddly drawn to follow the instructions of her anonymous woman. 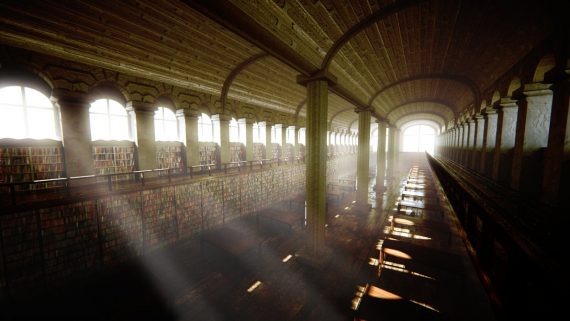 Jane reached the library around mid-morning. Even her arrival was dominated by profound oddities: aside from the librarian and Jane herself, the building was completely empty of people and was vacuum-like in its silence and stillness. As for that same librarian, Jane described her as only a Woman in Black can be described: her hair was black, her eyes were "very black," her skin was olive, and her black-colored outfit was curiously out of time. In Jane's words, the WIB was dressed in "an old-fashioned suit like something out of the 1940s, with a long skirt, broad shoulders, and flat old-looking shoes." Most astonishing of all, before Jane could say anything, the WIB handed her – from under a desk - a copy of the very book Jane had been instructed to seek out by her mysterious caller.

Jane, unsettled, but determined to find out what was going on, took a seat, opened the book and turned to page forty-two. As she did so, the writing on the page changed from large to small, and back again, several times. Rather amazingly, the writing then did something else: it morphed into a message. Jane was able to remember the entire, length message – word for word – something which suggested it had been subliminally implanted in her mind. She carefully wrote it down:

"Good morning, friend. You have been selected for many reasons. One is that you are advanced in auto-suggestion. Through this science we will make contact. I have messages concerning Earth and its people. The time is set. Fear not. I am a friend. For reasons best known to ourselves you must make your contacts known to one reliable person. To break this code is to break contact. Proof shall be given. Notes must be kept of the suggestion state. Be in peace."

With that, Jane stood up from the chair and closed the book. The WIB was nowhere to be seen. Jane was all alone in a deserted, silent library. To say she fled the place in terror would be an understatement. Still focused on 1967, we have the following... 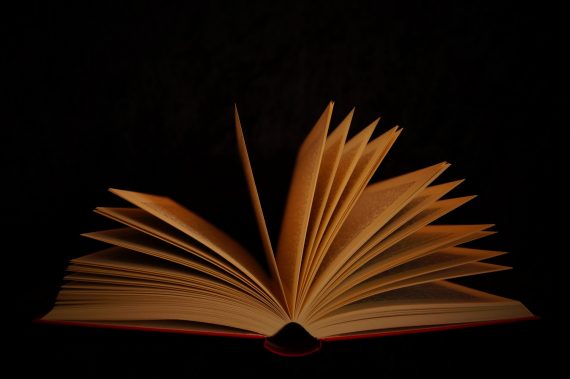 Gareth J. Medway, who has compiled an excellent resource tool for anyone wanting to learn about the history of Men in Black encounters, says of an October 1967 case: "Mrs. B. of Mamosa, San Luis Valley, Colorado, who had made a painting of a crescent UFO that she had seen, was visited by a man who told her: 'I cannot read, but mention any book in any library and I will be able to tell you its contents [italics mine].' He went on to say that humans waste too much time and energy on food 'when it could all be so easily taken from the atmosphere.' He insisted on buying her painting, so she set a high price, to which he replied that he had no money. He departed in a car which had an Arizona registration; months later police said they could not trace the plates."

Peter Rojcewicz had a deeply strange, library-based encounter in November 1980. On the day in question, Rojcewicz was working on his PhD thesis in folklore. It was while doing research at the Library of the University of Pennsylvania that something very weird happened to Rojcewicz. He said: "It was a strange day, weather-wise, with erratic shifts of rain and wind and sun. It would get very blustery, and then it would become very calm. It was approximately 4:30 P.M. and already on the dark side." 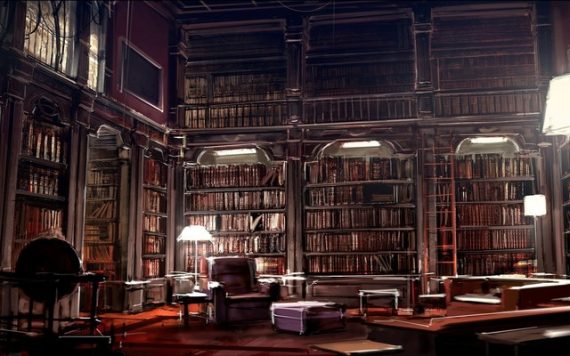 As Rojcewicz studied hard, and as nightfall loomed, he suddenly became aware of a darkly-clad, tall and thin man in his midst. The odd character had tanned skin, black and greasy hair, sunken eyes, and a hard to define accent, but one which had a strong European flavor to it. In addition, he wore a Texan-style string tie. The man asked Rojcewicz what he was working on, and Rojcewicz told him that he was researching the UFO phenomenon. The MIB then proceeded to ask Rojcewicz if he had ever seen a UFO. He replied he was more interested in accounts of UFOs than whether or not they were alien craft. The MIB was not happy by Rojcewicz’s response. In a loud voice he said, 'Flying saucers are the most important fact of the century, and you’re not interested?!' The man then stood up – 'as if mechanically lifted' – put his hand on Rojcewicz' shoulder, and added, as he walked away, 'Go well in your purpose.'"

What does all this mean? I haven't a clue! But, such reports proliferate - as do encounters with the MIB and WIB in bookstores, which is an equally strange issue I will return to at a later date.