Men Or Women In Black?

Among the many and varied reports I have of MIB and WIB are those cases in which the witnesses could not be sure if they were looking at a man or a woman - as weird as such a thing surely sounds. Neil Arnold, a good friend of mine who has taken a keen interest in WIB reports, offers us the following: "The New York Times of November 10th 1886 speaks of 'The Woman In Black – A Queer Character That Is Causing A Sensation In Scranton (Pennsylvania).' The newspaper commented that, 'For more than a week timid and superstitious persons throughout the city have been kept in a constant state of trepidation by the appearance in various places and at unseasonable hours of an uncanny figure that is now quite generally spoken of as 'The Woman In Black..'"

It was a story also told, previously, in Volume I of The Switchmen's Journal of May 1886.

Neil Arnold continues: "The article added that, 'Two young women saw the sinister figure in the Pine Brook area after making their way home from a Saturday night 'hop.' The figure approached the women but spoke no words and gave off an air of malevolence. The young women were so horrified that they fled but the eerie woman overtook one of the women and hugged her. The terrified woman almost fainted. Her friend came to her aid but the mysterious figure in black vanished in a flash. The newspaper also goes on to mention that a few evenings previous a workman employed at the Lackawanna Iron and Coal Company had rushed to tell his colleagues that he’d seen a strange woman in black hiding in a lumber pile near the bank of the Roaring Brook.'" 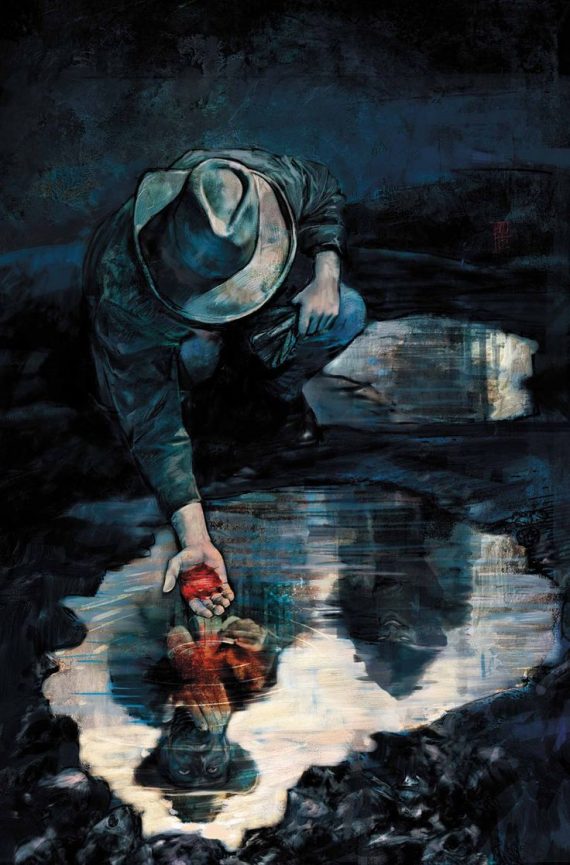 The story, a copy of which was provided to me by Arnold, adds the following, which gets to the crux of the matter: "Upon investigation several men claimed to have seen a figure in black rushing towards the river from the direction of the lumber pile. A few men thought they could apprehend the woman but saw her leap into an abandoned mine. Armed with lamps the same men descended into the cave but could not find the woman. After the panic many surmised that the figure may well have been a demented local woman but others believed the apparition to be a man dressed up [italics mine]."

Moving onto January 1893, there was a spate of WIB activity in Rhinebeck, New York. One Gus Quirk, described as an "ex-constable" from the village, decided to look into the matter of the WIB himself – chiefly because her spectral, crone-like appearance was proving fear and sleepless nights all around the neighborhood. It's decidedly notable that the appropriately named Quirk said: 'I won't stand any monkey business. I’ve got my suspicions. Of course they are merely suspicions and are based on what I think, but when it comes to a thing of this kind I usually think pretty nearly right thoughts. I have thought that this woman in black was no woman at all. I had an idea that she was a boy got up to frighten people [italics mine]. We have several boys in this village who are just about her height. I cross-questioned them pretty closely and I thought I had hit the nail on the head, but one of the villagers came in just then and shouted: 'She's been seen not more than 10 minutes ago on the river road!' Of course my suspicious persons had proved an alibi without saying a word." 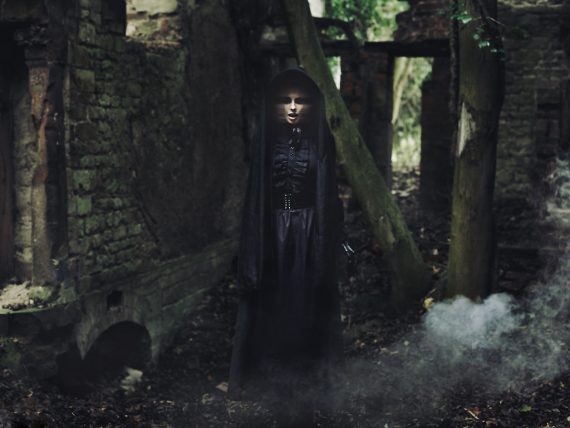 Of a recent case from Blue Bell Hill, Kent, England – which involved a couple who had the distinct misfortune to cross paths with a spectral WIB - Neil Arnold quotes what they told him: "We turned icy cold. At first we thought it was a man dressed up [italics mine] but now I don't know what it was. It stood on the side of the road and was beckoning us (another feature which seems common in such encounters) with a bunch of heather in its hand but I'm sure it wasn't a gypsy.'"

Note, too, the identical wording of "a man dressed up" in both the account given to Arnold and that reported back in 1886. "Bizarre" barely begins to describe these strange cases.