Astronomers studying the moon have long been mystified by a three-ringed crater that looks like a giant bullseye target on the lunar surface. Called the Orientale impact basin, the odd crater is on the western edge of the moon’s near side, making it difficult to observe and resolve with Earth telescopes. Recent analysis of data from a mission sent to study the moon’s gravity has now provided the surprising reason for the basin’s unusual shape.

The Orientale impact basin or Mare Orientale (Latin for “eastern sea”) was first studied in detail in the 1960s by Gerard Kuiper (of Kuiper Belt fame) who proposed that the three concentric circles (the outmost measures nearly 580 miles (930 km) in diameter) were some sort of strange impact crater.

It took until 2012 to prove Kuiper’s theory. NASA's Gravity Recovery and Interior Laboratory (GRAIL) mission sent two small probes - GRAIL A (Ebb) and GRAIL B (Flow) – to orbit in tandem and measure the effects of the moon’s gravity on each other, thus mapping the lunar surface’s gravitational field and geographic structures.

One of those structures was the Orientale impact basin. According to two studies released in the journal Science (coincidentally also in tandem), researchers used the gravitational data to analyze the subsurface structure of the bullseye crater. Katarina Miljkovic of Curtin University, co-author on both studies, says it showed the crater was formed by a 40-mile-wide asteroid.

That's a really big rock. And it hits the moon at 15 kilometers per second, it's pretty supersonic. You have this extremely violent process. The entire basin forms within two hours, real time. 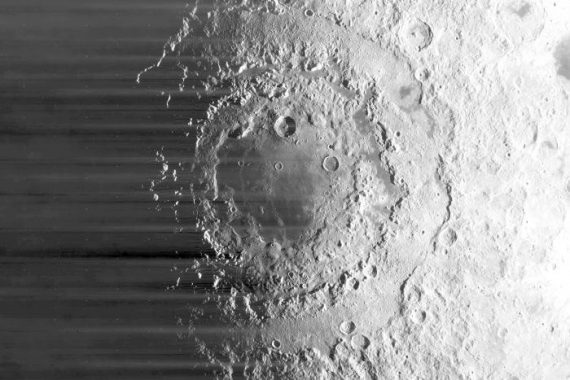 The asteroid first created a crater about 400-500 km (250-310 miles) wide and 100 km (62 miles) deep. The vibration of the impact caused the walls to collapse as the area attempted to achieve gravitational equilibrium.

The process is so violent a larger portion of the surface feels this pressure going out of excavation, and then the other rings which are beyond this inner depression start faulting. Where the rings form, those are regions of localized high strain, and because of that high strain, or difference in strains in the region, you form these rings and plains.

All of this happened 3.8 billion years ago, but the data and explanation for the bullseye crater will help astronomers analyze similar craters on Mercury and Jupiter's moon Callisto, as well as what happened on Earth during the Late Heavy Bombardment period at the same time when the planet was hit by an unusually high number of asteroids.

To bring this to a full circle, those asteroids possibly came from the Kuiper belt, also proposed by astronomer Gerard Kuiper. 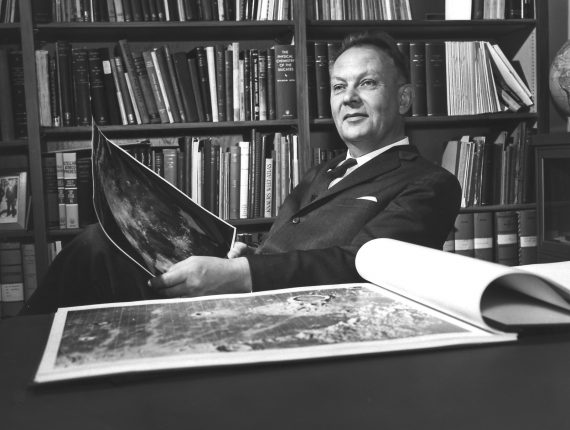 Discoveries like these are what we get when astronomers and scientists spend their time doing their jobs instead of appearing on TV.

The Ghosts of Good Luck: Yeats and the Spectral Harbingers of Good Fortune