It was a really strange looking thing to see and having served in the RAF I know that this was no current operational aircraft or drone.

Darren Edwards sat down while walking his dog at about 7:30 am on Shropshire’s Wrekin (let’s take a moment to compliment the British on having the best names for hills in the world) when he spotted an unidentifiable flying triangle that looked just like the so-called Flying Doritos that have been reported in this area over the past decade. He managed to take some photographs of the UFO before it disappeared. Have the Flying Doritos returned? Do aliens have an endorsement deal with the makers of Doritos? Does the military? Can I get one for reporting the story?

The first report of a flying triangle in this area occurred in November 2007 in Dudley, a town in the West Midlands conurbation of England in an area often referred to as the Black Country because of its heavy concentration of industry and coal mining. The triangle was called in to police by numerous witnesses, some who took pre-cellphone photographs. 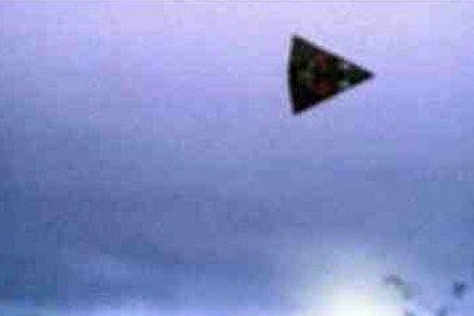 The shape reminded many of the snack chip (or “crisp”) Doritos and the UFO became known as the Dudley Dorito, as did all future unidentified flying triangles over the area, of which there are many, starting in 2008. November 2010 was a popular time with at least two sightings of Dudley Doritos. Witness David Allen estimated the one he saw to be four or five times the size of a commercial airliner.

What is this Dudley Dorito that keeps returning to Dudley? Latest witness Darren Edwards is baffled.

It was moving towards me and made no sound but having quickly checked on Google, it didn’t match any military aircraft or UAV drones. It was so slow it almost hanged in the sky. It also seemed to change its shape slightly as it turned. 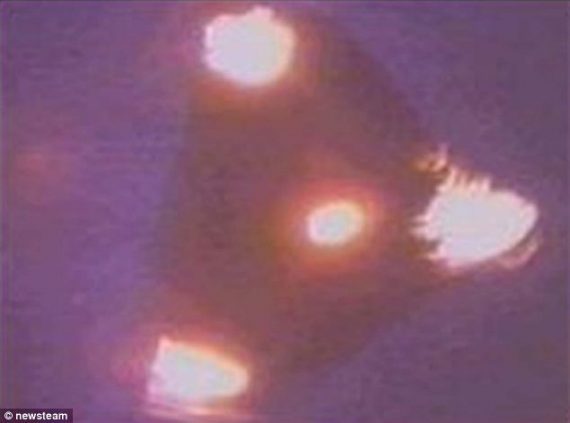 While there is never any confirmation from the government or the military, the Dorito sounds like the infamous McDonnell Douglas/General Dynamics A-12 Avenger II which was proposed in 1983 and cancelled in 1991 due to cost overruns and delays. Since then, there have been reported sightings of flying triangles or lights that appear to be on a flying triangle, but no known military vehicles flying today match the flying Dorito shape.

With the number of sightings of flying triangles, especially in the U.S. and U.K., a case can be made for a secret military aircraft. But why so many in and around Dudley? Wouldn’t that make it easy to trace them to a nearby base? What about their strange behaviors and lack of sound? When there’s that much mystery, it’s easy to see why so many believe the Dudley Doritos are alien spacecrafts. Munesh Mistry, a 2010 Dudley Dorito witness, agrees.

We wondered if there were any other reports of a similar sighting, as we are both convinced that what we saw was either a spy plane being used by the military, if not, in my opinion is it is hardcore proof that it is an extraterrestrial spacecraft.

What are the Dudley Doritos? (Have I said it enough times to get an endorsement deal, Frito-Lay?)

Murder and Mystery at the Witch Elm