Residents at a center in Colorado for persons with intellectual and developmental disabilities have been found with mysterious scratches forming words that some consider to be demonic messages. When investigated, staff members at the Pueblo Regional Center blamed “paranormal activity” for these unusual scratches on the backs of people under their care. While scratches, particularly those spelling out words, are considered signs of paranormal activity, experts believe this is more likely a case of abuse. 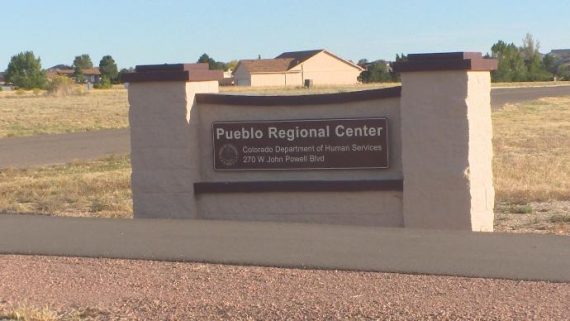 According to reports, several male residents with “significant intellectual disabilities” were found with demonic words and phrases such as “die,” “kill,” “no,” “I’m back,” and “No J” scratched on their backs in a manner similar to fingernail scratches. Since the scratches were on their backs, out of reach of their own hands, they were obviously made by someone or something else.

Paranormal investigators consider mysterious physical harm – scratches, bruises, hair pulling or the feeling of being pushed or pulled – to be warning signs of harmful ghosts or a demonic spirit or presence. These tend to disappear almost as quickly as they appear, so physical evidence is often just a photograph, making the cause difficult to determine, especially with the abundance of Photoshopped pictures and hoaxes. The same is true of strange bruises or welts.

There are other more unusual bodily signs that are considered to be indications of paranormal presence. Skin-writing is the appearance of red or raised areas on the skin that often look like words or familiar objects. Again, these disappear quickly so they’re often hard to verify. Allergies, hives or a common condition known as dermographism – intense skin irritations caused by stress – are natural conditions often mistaken for paranormal ones.

Paranormal experts and spiritual or religious believers see these things as ways a demon – they believe that physical harm is usually caused by a demon, not a ghost – frightens the person into a weakened state, making them susceptible to further torment and possession. Good investigators also careful to look for signs that the ‘demon’ is another human being.

Which brings us back to the “paranormal activities” at the Pueblo Regional Center. Reports of mysterious scratches and possible physical and sexual abuse from early 2015 to April 2016 prompted investigators to come in and perform controversial body audits – controversial because it didn’t appear the consent of the person was always obtained first. A second investigation of both the body auditors and the staff by the Centers for Medicare and Medicaid Services resulted in the firing of at least eight staff members this week. The Department of Human Services, which oversees the Pueblo Regional Center, promises to “continue to improve staff training in a number of areas.”

Abuse of the disabled by caretakers. Questionable investigators. Paranormal activities used as an alibi. Who are the real demons here?