Red Sprites and More Being Blamed for Hurricane’s Intensity

As Hurricane Matthew, now being called the biggest and worst Caribbean hurricane in nearly a decade, makes its way towards the U.S. east coast after devastating Haiti and Cuba, some people are wondering if its intensity may have been manipulated by outside forces. Photographs taken in Puerto Rico as the hurricane gained strength on October 1 show an unusual weather phenomenon known as red sprites glowing above the storm. Were they really natural or a sign of something else?

The red sprites were spotted by Frankie Lucena, who estimated they were above clouds about 400 miles away from Cabo Rojo, Puerto Rico. The American Meteorological Society describes the red sprites as weak and very brief (milliseconds in length) electrical bursts that occur above highly active thunderstorms at altitudes of 50 miles/80 kilometers or more. “Weak” is a questionable description since red sprites have been seen from the International Space Station.

The red sprites weren’t the only unusual phenomenon associated with Hurricane Matthew. A satellite weather map of the storm as it approached Florida on October 4 showed it forming the shape of a skull over Haiti. Weather forecaster Matt Devitt confirmed on Twitter that the image was real and not altered. 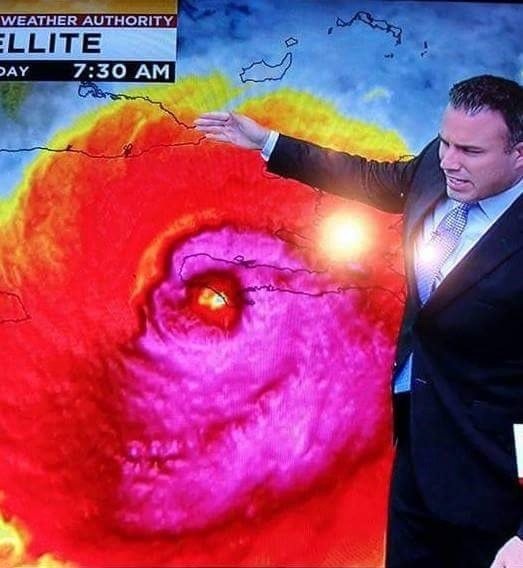 Sure, the skull could be pareidolia (seeing patterns where none exist) but what about the red sprites? These mysterious charges had been theorized for centuries but only proven to exist in 1989 when they were first photographed. Jellyfish sprites are common but these were rare high-altitude column sprites which meteorologist admit that they don’t understand. However, they do know that they can be dangerous. A NASA balloon dropped its payload after being hit by one over Texas in 1989 at an altitude of 22 miles.

With Hurricane Matthew having such destructive force and red sprites being so mysterious (and Americans being so paranoid), is it any wonder that they’re not only being blamed for the intensity but also being tied to weather manipulation? Are the red charges coming from the hurricane or being sent to it? The U.S. has had a so-called drought of hurricanes over the past ten years. Is this a test to keep emergency systems on their toes? Could it be a distraction from other world events or even the U.S. election? Matthew made an unusual 90 degree turn at one point. Is this a display of weather manipulation as a tool of war designed to warn other nations of the capabilities of … well, what organization would be doing this manipulation? 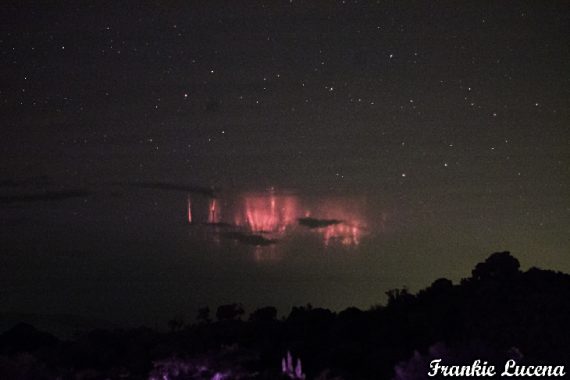 Then there’s the skull over Haiti. Is that a warning to other nations by the weather manipulators?

Or is it all just the weather? What do you think?