As the Arctic Ocean melts and the waters stay unfrozen all year round, secrets hidden in the ice are slowly being exposed. One such secret reappeared in August when a Nazi weather station from World War II was rediscovered by Russian scientists on an island just 1,000 km (620 miles) from the North Pole. Its name – Treasure Hunter – suggests the Nazis were looking for something more than just weather reports or a convenient location for attacking the U.S., Europe and Russia from the north. What were they searching for? Did they find it?

Schatzgräber or Treasure Hunter is located on Alexandra Land, a 1,050 sq km (410 sq mi) island discovered by Russian navigator Valerian Albanov and named for Grand Duchess Alexandra Pavlovna of Russia. The small island’s main feature at that time was an isolated polar bear population that was genetically distinct from those on the mainland. While it’s now part of Russia and has a Russian military base, its ownership has been disputed since its discovery – first by Norway because of its proximity to whaling areas; later by the U.S. because of its proximity to the oil and minerals of the Arctic. 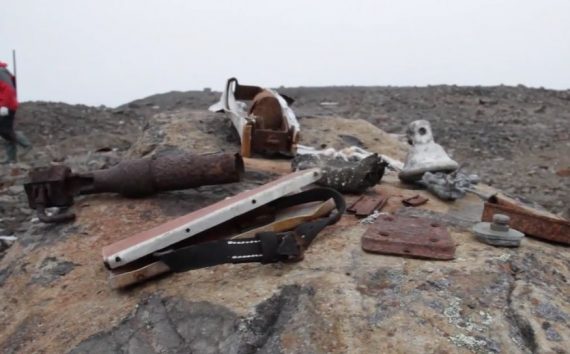 Then there’s the Nazis, who ignored all disputes and just took the island in 1942 for an alleged weather station. It was one of the few islands not already occupied by Allied forces for monitoring weather and the availability of open waters in the Arctic Ocean for ship activity. According to the official story, the men stationed there were air-dropped supplies but in 1944, as things got worse for the Third Reich, were forced to eat raw polar bear meat. They all became stricken with trichinosis and had to be rescued by U-boat, returning the island to the smiling polar bears. 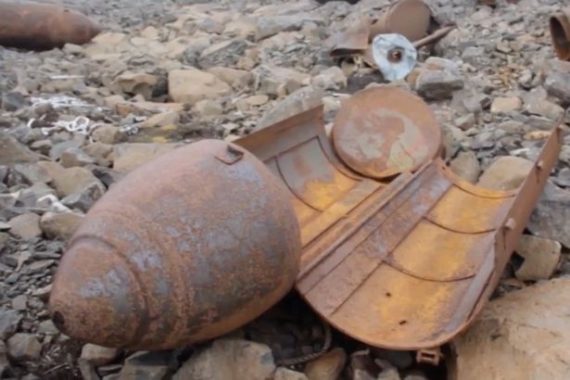 While the history of the base was well-known, it was never explored again until this year in August when Russian researchers returned to find many Nazi artifacts exposed by the melting ice. PolitRussia reports those included the abandoned buildings, gasoline canisters, munitions and well-preserved papers. It’s hoped that these documents will shed light on the biggest secret of all… why was the base called Treasure Hunter? 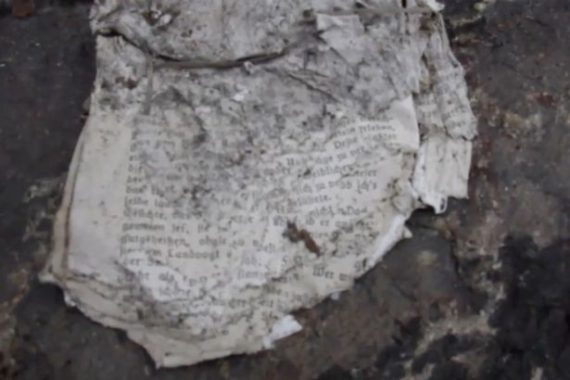 Nazi exploration of Antarctica – with or without the help of Admiral Byrd – gets all of the attention, but perhaps the Nazis were looking at the other pole as well for UFOs, alien artifacts and otherworldly treasures to give them the technology they felt the needed to win the war and dominate the world. What else would they be looking for on a frozen island guarded by polar bears? Or were they really polar bears?

Did the Nazis find what they were after on this remote Arctic outpost? Well, they didn’t win the war but it may have been too late for that. It’s obvious that they hid their “treasures” well, as secret bunkers and hidden tunnels are still being discovered and searches continue for rumored treasures like a train loaded with gold alleged to be buried in Poland.

The artifacts already discovered at Schatzgräber and any new ones exposed are being transported to the northern Russian city of Arkhangelsk (Archangel – how appropriate) for analysis.

Will Russia share the secrets or will we have to hack to find them? 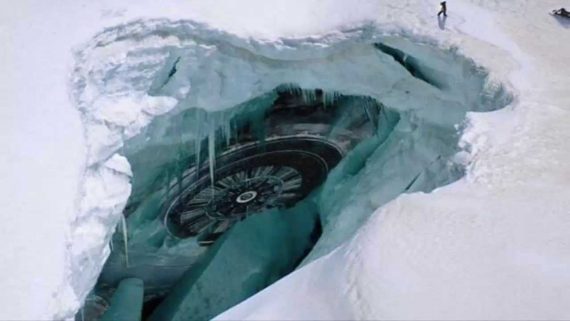 New Theory Claims To Have Solved Mystery Of Bermuda Triangle