Scientist Says Aliens Destroyed Themselves and We Will Too

Bad news, alien seekers. A leading scientist tackles the Fermi paradox with his theory that the reason why aliens haven’t contacted us (assuming you don’t believe they’re already here) is because they evolved into self-destructive beings who self-destructed before being able to escape their planets. What’s even worse, he thinks we’re on the same path and may be next.

In an interview in the Sunday Times, physicist, TV show host (Stargazing Live) and former D:Ream keyboard player Brian Cox theorizes that civilizations which evolve to the point of having the technological and scientific capabilities to travel to other planets will instead use that knowledge to destroy themselves before their governmental systems have a chance to coordinate the endeavor.

One solution to the Fermi paradox is that it is not possible to run a world that has the power to destroy itself and that needs global collaborative solutions to prevent that. It may be that the growth of science and engineering inevitably outstrips the development of political expertise, leading to disaster.

In other words, those who develop the power to destroy themselves are doomed to do it. 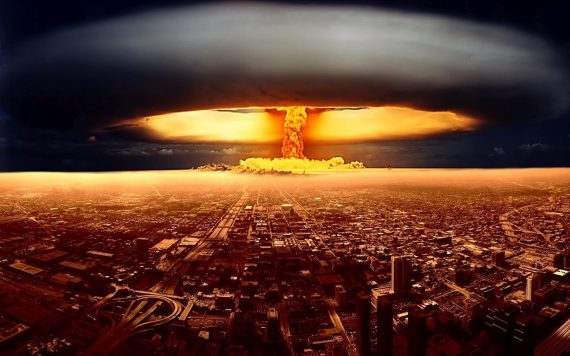 Cox isn’t the first scientist to propose the “They’re dead” solution to the Fermi paradox (If there’s billions of stars with billions of Earths having billions of years to develop space travel, where are they?). Earlier this year, a group of Australian astronomers used the Gaia Hypothesis (planets are closely integrated systems of the organic and the inorganic) to propose that it’s just to hard for alien life forms to evolve past a microbial state, so they’re all dead.

On the other hand, Cox believes it’s easy to evolve to the point where space travel is possible, but hard to evolve to a point where it’s not used as a weapon first. With that, he issues a warning:

We could be approaching that position.

Ironically, Cox had a seemingly different view while playing keyboards for D:Ream, a 90's Northern Irish pop rock and dance group. Their number one hit was a song called “Things Can Only Get Better” with the lyrics:

Perhaps our only hope for space travel and finding aliens is for Brain Cox to give up physics and get back in the band.