Steampunk, Orwell, and the Techno-Corporate Conspiracy

Picture a future, perhaps not-so-distant, where people plod about their days working mentally perilous jobs, in a consumer-driven techno-corporatocracy. People’s reliance on machinery, and their awareness of an ever-looming eye behind the long arm of the law, have relegated society to a mass of scattered prawns, drifting about in a sea of subservience and bureaucracy, in which the only “big fish” are the overlords of the state. Many dwell in small apartments, and while not particularly advanced, there is something distinctly futuristic about all of this; shades of things to come, perhaps? Or merely that which, somewhere, might already have been?

To some, the dystopian vision outlined here might resemble George Orwell’s classic Nineteen Eighty-Four. However, the world it describes is actually that which appears in Terry Giliam’s cult 1985 film, Brazil, in which the protagonist, Sam Lowry, is in search of the literal “woman of his dreams”, who repeatedly appears to him in visions while sleeping. By day, Lowry exists in a satirical world in which Orwell’s control-state is parodied with environments that make use of futuristic, yet strangely whimsical and anachronistic machines. 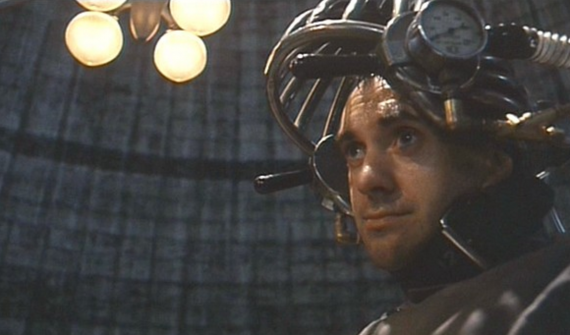 Though well received in Europe, the film never quite struck home in the Americas. Despite this, many view it as one among a handful of predecessors to a movement that has only grown in its popularity, known today as Steampunk. Starring Jonathan Pryce as protagonist Sam Lowry, along with Robert De Niro in the role of Archibald “Harry” Tuttle and actress Kim Greist as Jill Layton, the film (despite never really escaping cult status) received an astonishing 98% positive review at the web’s own film rating repository, Rotten Tomatoes. But what about it, apart from the colorful filmmaking style it represents, caused Brazil to have such a broad cultural impact?

The film’s Orwellian themes, along with the juxtaposition between advanced technologies amidst the outmoded and arcane, would be an element Brazil emphasized that bore particular influence on the burgeoning culture of Steampunk today. Arguably, both the film, and the movement it helped inspire, strike home in terms of the sorts of angst that are felt in the world of international politics today; particularly the whispers of totalitarian leanings that many perceive in America’s future, which have been emphasized amidst the tensions of the current 2016 election.

In a recent article on the origins of Steampunk that I wrote for Fate Magazine, I also spent a bit of time examining the history of the influence this anachronistic genre, and its predecessor known as “Cyberpunk”, have had on politics, and vice versa. 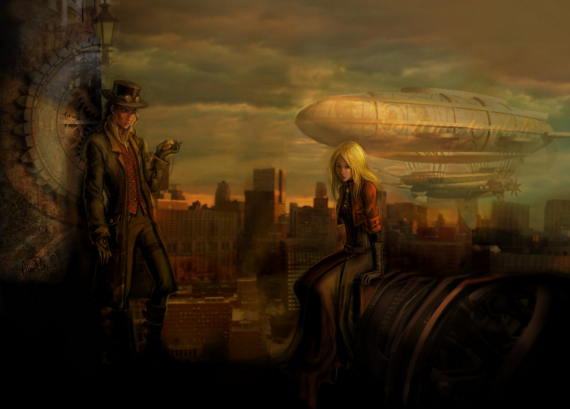 Looking at the work of one of Steampunk’s most outspoken scholars, Margaret Killjoy, I discussed the short-lived SteamPunk Magazine, which released its inaugural edition on March 3, 2007. “To paraphrase contributor David Z. Morris, it’s not that we believe steampunk has or should have a particular political platform so much as that steampunk does in fact have political significance,” Killjoy wrote. “We have no interest in politics in the sense of ‘democrats versus republicans’ or the like, but instead we believe that steampunk, and subculture more broadly, can have a profound impact on how we interact with one another and how we organize our society.”

According to Killjoy, the political influences relating to Steampunk can again be further traced back to its roots in the Cyberpunk genre:

“Steampunk as a genre is descended from Cyberpunk, which questioned the scientific optimism prevalent in mainstream science fiction and instead offered a gritty, grimly realistic world in which corporations ruled the earth, empowered in many ways by the development of communications technology. Cyberpunk protagonists were hackers and subcultural street fighters who navigated endless metropolises and uncovered corporate conspiracies. Steampunk authors realized the same sorts of values could be used to re-imagine the Victorian era, with the empire serving a similar role as corporations.”

The ideas Killjoy relates in the excerpt above, particularly the idea of a pseudo-historical Victorian-era empire representative of an elitist corporate element today, strikes at the heart of the modern Steampunk movement. It underscores how an artsy, cultural display which has bred amidst various festivals and conventions over the years represents not just one's individual expression, but a long-held contempt for a cultural elite that seeks to control us through their mastery of technology. 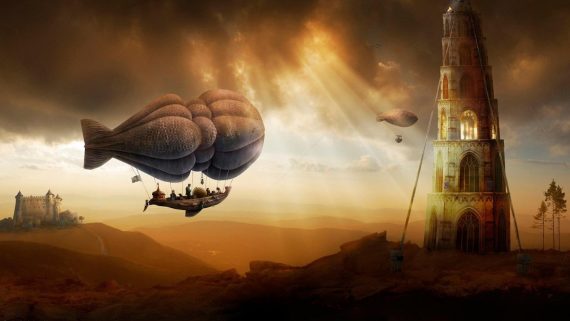 Paranoid though this idea of a "ruling technocracy" may seem, to understand Steampunk and its related genres, one need look any further than our own modern world, and the concerns held among many that an isolated technocracy may indeed eventually emerge from the facilities technology may afford us in the coming years. Arcane though they may appear by comparison, such themes have remained a fixture of our culture, whether expressed in films like Gilliam's Brazil, or looking further back, Orwell's dreary reckoning with a surveillance state of future decades... one that many would argue has arrived, as predicted.

Hence, so much of the Steampunk genre has featured innovative new technologies, or blends between nascent innovation and older ideas, which are employed by warring factions within pseudo-realities that carry out their own fictional version of a conflict that is all-too-real to many of us. And they will remain as such, for as long as there are technologies that any group, at any time, may seek to exploit for personal gain rather than for the good of all.