Screwed up eyes and screwed down hairdo …

Like some spider from Mars in a Russian apartment? A resident of the western Russian city of Penza woke up this week and came face-to-face with not Ziggy Stardust but what looked like a real spider from Mars … or at least an alien spider not of the Planet Earth. It didn’t have screwed up eyes or a screwed down hairdo, but its glowing green abdomen contained a face from outer space. Is Penza ground zero for the alien invasion? Should residents start stocking up on rolled-up magazines?

… predatory, poisonous and dangerous to humans. 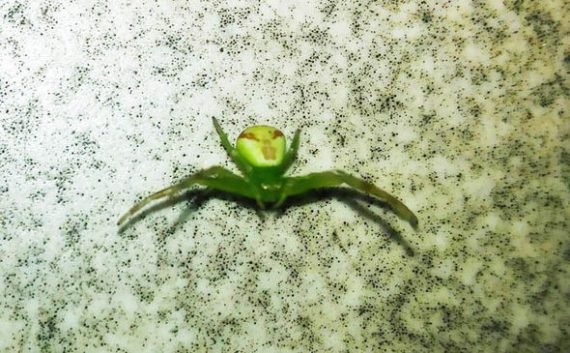 The anonymous Penzanian (pirate from Penza?) bravely photographed the strange spider (there’s no word on what he or she did after that, but if it was a she, the spider is probably flat against a the bottom of a shoe right now) and posted it on the Internet with a desperate plea for help identifying it and determining what to do. One of the first responses warned that that it was a predator and possible poisonous people killer. 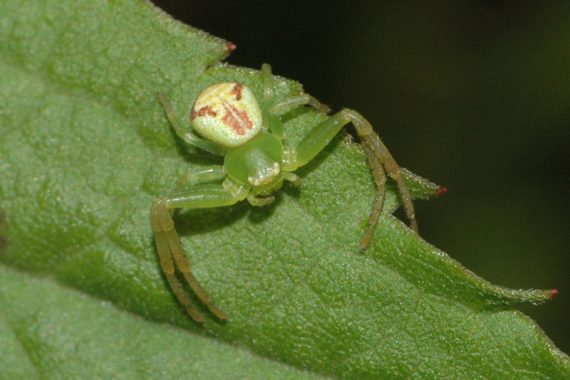 Fortunately, the photograph was forwarded to someone who knows something about alien spiders … Mick 'Woody' Woodmansey, the last surviving member of David Bowie’s Spiders from Mars band.

Just kidding. The picture reached Penza entomologist Oleg Polumordvinov, who identified the alien monster as a 6 mm (.25 inch) Ebrechtella tricuspidata – a flower crab spider that is widespread but rarely seen in central Europe.

So where were the spiders, while the fly tried to break our balls?

Oleg allayed the fears of fellow Penzoids (Penzites? Penzaniacs?) by explaining that the flower crab spiders are not dangerous, only eat flies and this one was probably carried into the apartment after the resident took a walk in the woods. If you encounter one in your bathrooom, Oleg suggests putting down the magazine and …

Just catch it and release it onto the street. There is nothing else to do here.

Ziggy would appreciate that.

New Theories on Why Men and Women Cheat