The Strange Saga of the “Phantom Photographers”

On the weekend of September 17-18, I spoke at the annual Mothman Festival in Point Pleasant, West Virginia. The subjects of my lecture: the Men in Black and the Women in Black. After the lecture was over, a bunch of people had stories to tell, all on the WIB/MIB phenomena. Others shared their accounts before the lecture took place. One of those who fell into the latter category was Irene, a woman who related a very bizarre story, one with clear MIB/WIB overtones attached to it.

Irene is a now-retired school-teacher who had a very strange experience while living in Pasadena, California in the late 1970s - in either 1978 or 1979. In the early hours of the particular morning in question she inexplicably woke up and felt compelled to go to the bedroom window. On doing so, she was shocked to see a car-sized, oval-shaped UFO – of a bright blue color – that hung in the air for a few seconds, before vanishing into the dark sky above. She raced back to the bed, terrified by what she had just seen. On the following evening, however, something even stranger occurred. 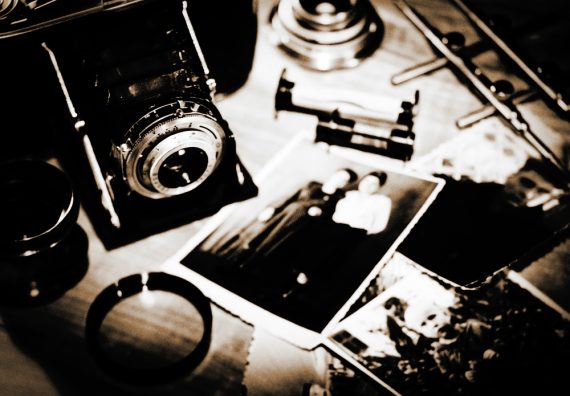 There was a knock at the door. It was a very pale-faced woman in black who claimed to work for a company that offered aerial photographs of peoples' homes – taken by an expert photographer, then framed, and that would look very nice on the living-room wall. There was, however, something that made Irene think things were not quite right, not at all. Her instinct was right on the money. When the woman, somewhat oddly, offered to show Irene one of the cameras that the company used, she agreed to see it - although why she would need to see it at all makes very little sense. If any sense at all. The woman proceeded down the drive and got in the backseat of the black car she had arrived in. In a few seconds, she was out of the car. Irene could see the camera, but was very surprised by what happened next: the woman quickly took a photo of the front of Irene's house, jumped back into the car, and in seconds was out of sight.

Irene quickly became convinced that the odd encounter was somehow linked to the events of the previous night. She was likely not wrong. John Keel called these odd characters "Phantom Photographers." In his classic book, The Mothman Prophecies, Keel said of one such case: "On a rainy night in April a man from Ohio had been driving along Route 2 near the Chief Cornstalk Hunting Grounds when a large black form rose from the woods and flew over his car. 'It was at least ten feet wide,' he claimed. 'I stepped on the gas and it kept right up with me. We were doing over seventy. It scared the hell out of me. Then I saw it move ahead of me and turn toward the river.'" 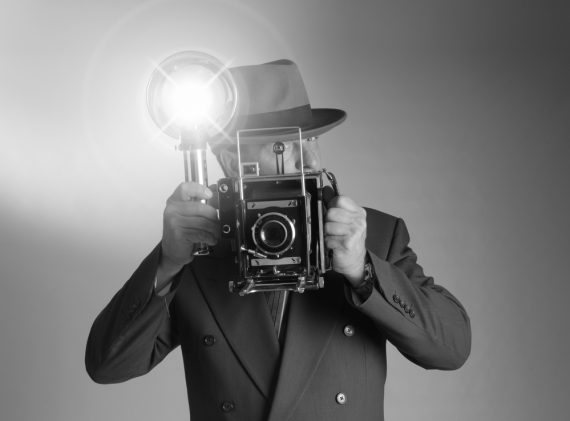 Keel continued: "Months later, late in October, he returned home from work and found a prowler in his apartment. 'When I opened the door I saw this man standing in my living room,' he reported. 'I think he was dressed all in black. I couldn't see his face, but he was about five feet nine. I started to fumble for the light switch when he took my picture. There was a big flash of light, so bright I couldn't see a thing. While I was rubbing my eyes the burglar darted past me and went out the open door. I guess I arrived just in time because nothing was missing.'"

Cases near-identical to that of Irene abounded in Keel's files. My literary agent, Lisa Hagan, and the publisher of my Women in Black book - Beth Wareham - also had near-identical experiences very recently. The phantom photographers of the past, it seems, are back.