Some people collect old toys. Others collect old stamps. A couple of very rich guys collect old Dead Sea Scrolls and have decided to share images of their caches with the world in two books. If you’d rather join the fun of collecting the real thing, there are pieces of the Scrolls still on the market.

Steve Green, owner of the Hobby Lobby chain of arts and crafts stores, has been buying up fragments of the Dead Sea Scrolls since 2009, amassing the second-largest private collection of them. In 2014, he donated 13 of these pieces to the Museum of the Bible, a museum scheduled to open in Washington DC in 2017 with partial funding (and many other Biblical artifacts) from Green’s family. If you can’t wait for it to open, the fragments can be seen in Dead Sea Scrolls Fragments in the Museum Collection. 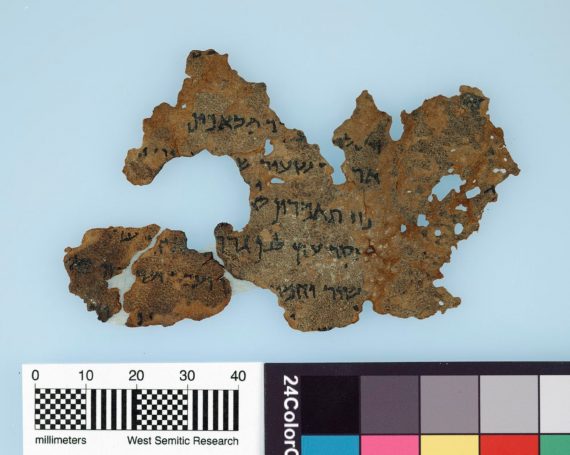 Some of these fragments must have come from Qumran, probably Cave 4, while the others may have derived from other sites in the Judean Desert. Unfortunately, little is known about the provenance of these fragments because most sellers did not provide such information at the time of the sale.

Emanuel Tov, professor at the Hebrew University of Jerusalem, describes in the book the challenge and frustration of Dead Sea Scroll scholars. The scroll fragments began changing hands from the moment they were discovered with few if any records being kept of where they were found or who handled them. As a result, chances of forgery are high and the Green collection is still being verified. The museum has agreed to share the findings of this analysis with the public, says its executive director, Michael Holmes.

The results will be incorporated in our future museum exhibits, inviting visitors to grasp and engage with issues involved with assessing authenticity.

The second book, Gleanings from the Caves: Dead Sea Scrolls and Artefacts from The Schøyen Collection, highlights fragments acquired since 1986 by Norwegian collector Martin Schøyen, who had better luck tracing the interesting handling of his collection. One group came from the descendants of tourists who bought them in 1950 at a shop in Bethlehem while another came from scholars who worked in the Qumran caves as students in 1948 and were given the pieces by a bishop as gifts for their work. 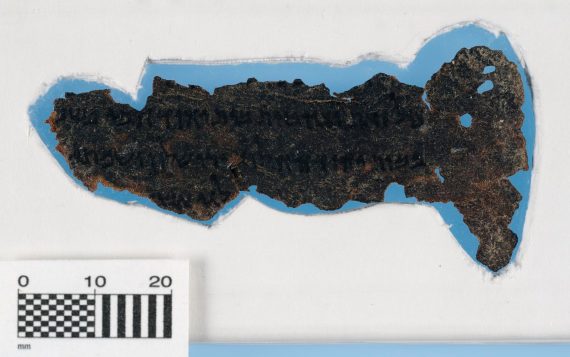 The scroll fragments unveiled in the two books are believed to be from parts of the biblical books of Genesis, Exodus, Leviticus, Deuteronomy, Samuel, Ruth, Kings, Micah, Nehemiah, Jeremiah, Joel, Joshua, Judges, Proverbs, Numbers, Psalms, Ezekiel and Jonah. If proven to be real and not forged, this would be the first discovery of pieces of the book of Nehemiah.

For artifacts of such significance, both religiously and historically, it’s amazing that so many are still for sale on antiquities markets, both real and nefarious. The numbers continue to grow as more Dead Sea Scroll fragments are verified and, sadly, more looting occurs in the caves.

This is why we can’t have nice things.