Video of Dragon Flying in China Has Many Mystified

Has Game of Thrones ruined hunting for real dragons? Seeing them weekly in magnificent HD clarity seems to be making it harder to believe blurry videos of what may be the real thing. Yet it appears that there are many who want to believe in dragons based on the number of views a video of one supposedly flying over a mountain in China has racked up.

The video was uploaded on October 18, 2016, by ApexTV. The description claims the video was shot by a man and shows a “winged creature flapping” through a mountain range in China near the border between that country and Laos. That’s the extent of the geographic identification of the alleged dragon’s flight path.

The border between far northern Laos and southern China is only 423 km (263 miles) so the location shouldn't be hard to identify. The Laotian provinces of Luang Namtha , Oudomxai and Phongsali are on one side and Yunnan Province is on the Chinese side. The Laotian border is mountainous and Luang Namtha is a popular tourist area for mountain hiking. The description says “flying over a mountain in China” which means it was probably in Yunnan Province. Also mountainous, it has several peaks over 16,000 feet (5 km) high and is the home of the (wait for it) Jade Dragon Snow Mountain. While not directly on the border, it’s close enough for a dragon to fly from. 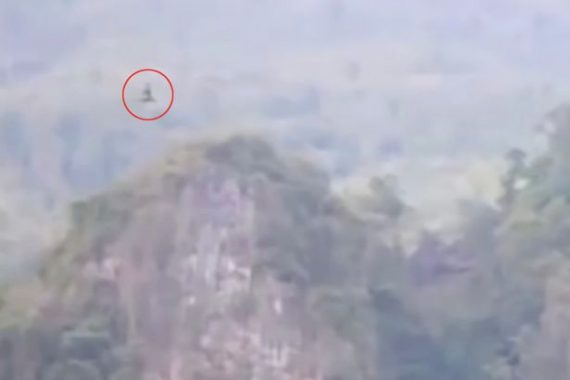 Famous for being the southernmost glacier in the Northern Hemisphere, the Jade Dragon Snow Mountain is also home to many Jade dragons. Unfortunately, they’re the stone kind, not the flying creatures. 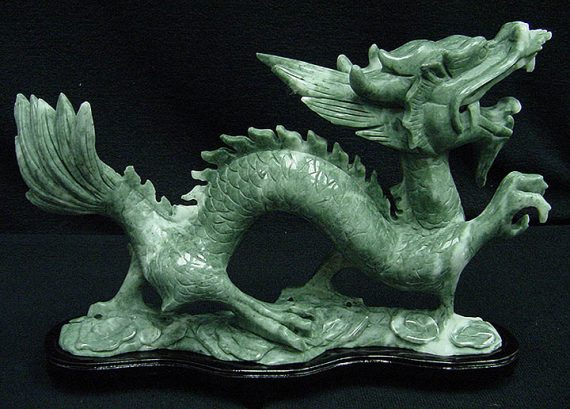 With their prominent role in Chinese culture, it’s easy to understand why “Dragon!” and not "Alien!" is the first thing shouted when any strange flying creature shows up there in the air or on a video. The image in this video is not clear enough for positive identification as a dragon, leading some commenters to speculate it’s a no-longer-extinct pterosaur. On the cryptid side, it’s a little far away to be an Indonesian ahool or an African kongamato, both flying pterosaur-ish creatures, or even a Jersey Devil. It doesn't look like a bird or a bug either. 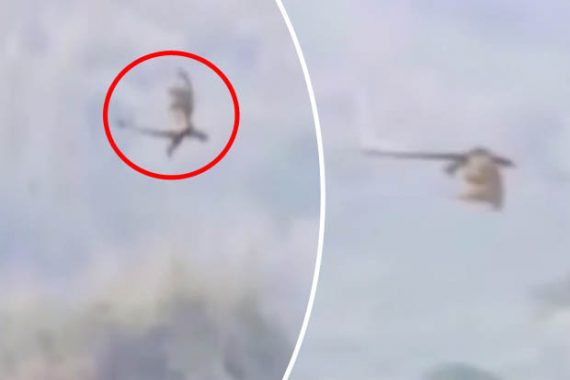 On the hoax side, it could be a bird drone, although it’s hard to tell distance or size from the video. Most skeptics who think it’s CGI point quickly to the differences in contrast and clarity between the creature and the background. That could be because it was allegedly taken with a cellphone or it could be the video was made to look like it was … you get the unclear picture.

The unofficial Internet poll seems to be “CGI video” but so many comments and articles refer to Game of Thrones that it really could be we’ve become spoiled by its images and are jaded about dragons in videos that don’t appear crystal clear.

What do you think - dragon or CGI? More importantly - is TV ruining our cryptids? 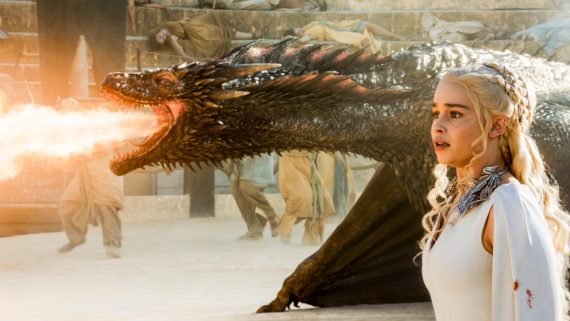