You Probably Won’t Live Past 125

Are you looking forward to living it up with cake, ice cream and oxygen on your 125th birthday? Are you doing drinking daily whisky, whole-grain smoothies or blood (we’re talking about you, Peter Thiel) in hopes of finding the magic elixir that will take you to that milestone? You may want to hold off on buying that case of candles. New research suggests that 115 is the human threshold, those few record-breakers who make it past that are rare exceptions and the ones touting birth certificates from the 1870s are old people with good erasers.

Molecular geneticist Jan Vijg and his team from the Albert Einstein College of Medicine came to this conclusion after studying the Human Mortality Database, a public record of global mortality rates and population data. According to their study published in the journal Nature, they found that an increase in longevity peaked around 1980 and no one has verifiably broken the record set by Jeanne Calment in 1997 when she reached the age of 122 years and 164 days.

Since Jeanne Calment set the record, no one has lived pat 119 and the current (as of this writing) oldest person is Italy’s Emma Morano at 116. There are around 150 people worldwide over the age of 110 and the study puts their chances of reaching 125 at 1 in 10,000.

Despite any gains in the average life expectancy, there is a limit beyond which the maximum lifespan of humans cannot be extended,We suspect that the accumulation of damage with age, especially mutations in the individual cells of the body, somatic mutations, ultimately places a limit on lifespan.

Molecular geneticist and team member Brandon Milholland believes human bodies are preprogrammed to a lifespan limit of 115. The average lifespan has increased historically as individual diseases affecting individual organs have been tamed, but the rest of the body still breaks down as scheduled.

Isn’t there something – medical, technological or otherwise – that can help us break through the 115 barrier? Sociologist and gerontologist S. Jay Olshansky from the University of Chicago says not yet but soon.

We will need to discover something fundamentally different that allows us to slow the biological process of aging in order to break through this barrier. I’m optimistic this will happen in our lifetime. 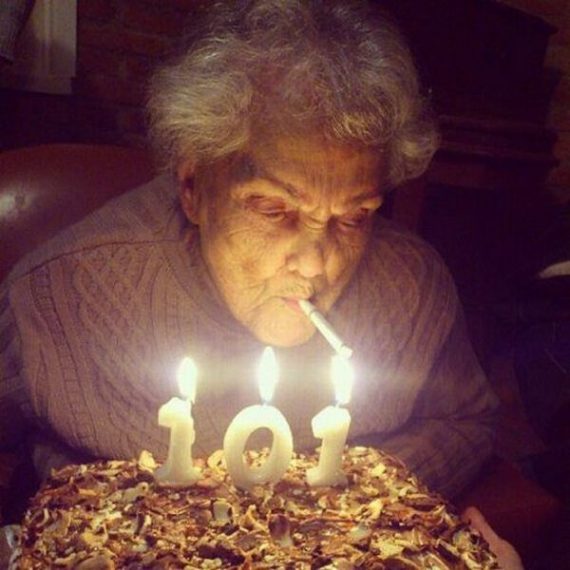 In the meantime, stick with no smoking and a healthy diet and don’t believe every miracle ‘fountain of youth’ scheme you see on the Internet (we’re still looking at you, Peter Thiel).