Everyone loves those cute little Russian nesting dolls that hide a tiny lady wearing a babushka inside another tiny lady inside another … do I really need to explain this? A better question today is … did the Mayans know about this? Archaeologists using a new technique to study the Temple of Kukulcan found a third small pyramid nested inside the main structure and the second one in it that was already known about. Are there more? Will the Russians want a royalty? 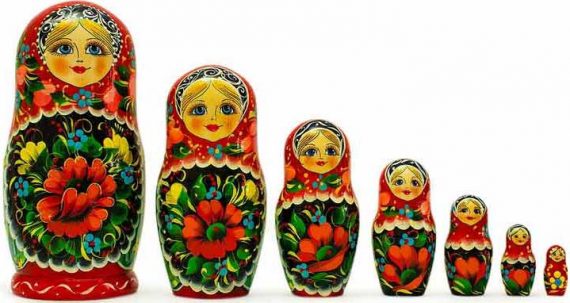 It's like a Russian nesting doll. Under the large one we get another and another.

Project chief and geophysics expert René Chávez Seguro made the big announcement this week about El Castillo – the Castle – located in the Maya archeological complex known as Chichen Itza in Yucatán state. Using electrical resistivity tomography (ERT-3D), his team built a 3D model of the hidden interior of the temple pyramid and found the surprising third tiny structure underneath the second. 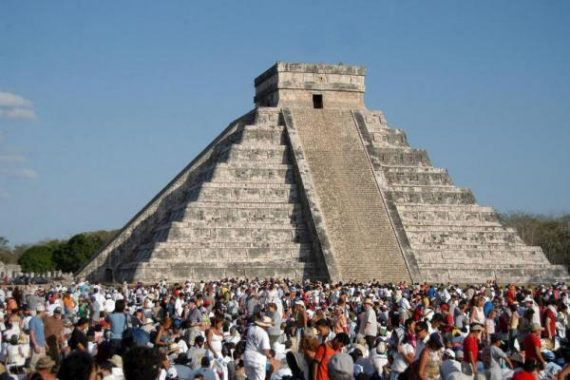 The top 30-meter-tall pyramid is well studied and archeologists believe it was built between 1050 and 1300 CE. The second, 20 meters high and discovered in the 1930s, was built between 800 and 1000 CE. They now estimate the innermost 10-meter pyramid was constructed between 550 and 800 CE.

Archaeologist Denisse Lorenia Argote speculates that the layered approach may have been due to the Mayans building all they could afford at the time or the first one collapsing. It could also signify regime changes in the culture. She’s anxious to learn more about the new pyramid.

If we can study this structure in the future, it may let us learn more about the first population of this place and understand how the settlement evolved. 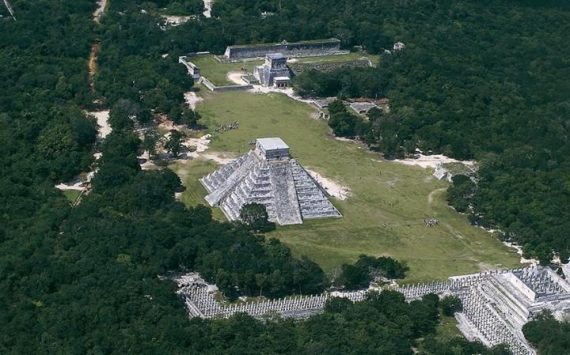 Are there more tiny pyramids to be discovered inside the Temple of Kukulcan. Geoffrey Braswell, anthropology professor at University of California, San Diego, leaves a pyramid door open to the possibility.

To make matters more complicated, the third Russian doll moving in may actually be one of a set of several small dolls rattling around inside the same shell. We just do not know. Given that no one has excavated this structure ... it is difficult to say with certitude if it is one of the oldest buildings at the site.

Like a Russian nesting doll, the fascinating Mayan culture keeps revealing more of itself as the previous layers are opened.

Do I owe the Russians a royalty for that simile?