After politics, football and whether turkey dressing should have oysters or not, the biggest argument at many Thanksgiving dinners last week was about whether a photograph virally traveling about the Internet showing what appears to be a pyramid in Antarctica is really a pyramid. Could it be a sharply-cut pyramid-shaped mountain? Or something else? Grab some leftover turkey and join in.

Let's take a moment to give thanks for Google Earth for helping to find the structures and allow non-Antarctic-explorers to see them.

There are actually more than one pyramid-shaped objects in question here. The first dates back to the British Antarctic Expedition of 1910-13. Also called the Terra Nova Expedition, it was led by Robert Falcon Scott with the goal of being the first to reach the geographic South Pole. Scott's party got there on January 17, 1912, and found they were beaten to the party at the pole by Roald Amundsen. However, as a small consolation prize, they found what came to be known as The Pyramid – a small mountain south of Pyramid Trough (a valley named for … you figure it out) on the west side of the Koettlitz Glacier (Latitude: -78.35, Longitude: 163.5). 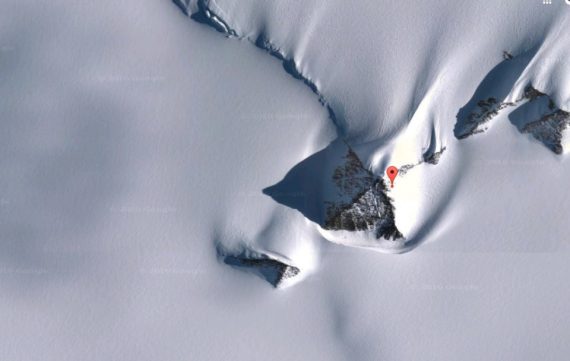 The photo making the rounds shows what appears to be a second pyramid at the coordinates 79°58’39.25″S 81°57’32.21″W. Ignoring the breathless wonder and endless comparisons to actual pyramids in many articles about it, you find that this pyramid-shaped structure is not a new discovery either. It’s part of the Ellsworth Mountains discovered by American aviator Lincoln Ellsworth during a flight on Nov. 23, 1935. The structure is 4,150 feet (1,265 meters) high – not much of a climb until you factor in the wind, ice and freezing temperatures. 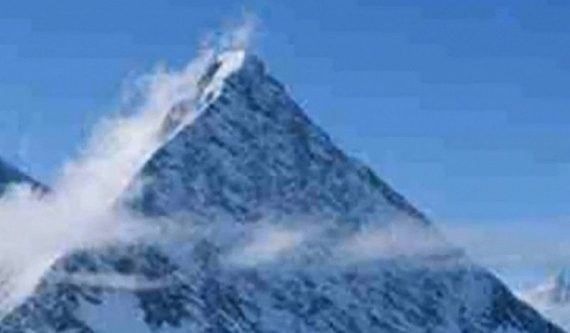 In fact, it’s the freezing, thawing and wind that most likely eroded this mountain into its pyramid shape, according to Mauri Pelto, professor of environmental science at Nichols College in Massachusetts. Make that this mountain and the many others shaped like pyramids around the world -  like the Matterhorn. Pelto also points out that the eastern ridge of the structure is not uniform – an imperfection the pyramid builders in Egypt would never have tolerated.

The many articles calling the mountains “pyramids” refer to three of them - two 10 miles inland and a third near the coast. The second may be the tiny one next to the big one in the pictures, but it’s not clear if that’s the case. Based on Pelto’s probable cause of a freezing/thawing/erosion cycle, there’s many more waiting to be discovered.

Are any of them actually man-made (or not naturally-made) pyramids? There’s no concrete (pun intended) evidence yet. Despite what the headlines are blaring, this doesn't seem to be a discovery that will “change the course of human history!”