The search for what happened to aviator Amelia Earhart may finally be solved because of her unusually long arms. Researchers analyzing bones from a skeleton found in 1940 on a remote Pacific Island that were once thought to be from a man now believe they belonged to a woman with long arms and are using photographs of Earhart to prove their theory and solve the mystery of her 1937 disappearance once and for all.

The International Group for Historic Aircraft Recovery (TIGHAR) is responsible for connecting the dots in this new theory. The story, of course, starts with the disappearance of Amelia Earhart and co-pilot Frederick J. Noonan on her attempt to become the first woman to circumnavigate the globe. Her plane disappeared from radar on July 2, 1937.

In August 2016, Ric Gillespie of TIGHAR revealed that the group found records of over 100 radio transmissions calling for help between July 2 and July 6, 1937, made by Earhart, indicating that she had landed her plane safely and was using its batteries to power the radio. Gillespie says these transmissions were picked up by radio operators in the U.S. and Australia for four days until they suddenly went silent.

In 1940, partial skeletal remains of an unidentified human were found on the atoll of Nikumaroro between Hawaii and Australia. A doctor analyzed them and concluded the large bones were from a male. The bones were eventually lost but photographs were taken of them. Those photographs, along with measurements of the bones, were discovered by TIGHAR investigators in 1998, who felt they could have belonged to Earhart, who was believed to have been 5’ 8” tall.

Recently, anthropologist Richard Jantz was reviewing the 1940 files and noticed that the forearms of the skeleton were larger than normal for a person of that size, especially if they came from a middle-aged, ethnically European woman born in the late 1890s like Earhart. Based on that, TIGHAR connected Jantz with forensic imaging specialist Jeff Glickman and gave Glickman a photograph of Earhart with her bare arms clearly visible. Glickman determined that ratio of the length of Earhart’s humerus (upper arm bone) to to the length of her radius (lower arm bone) was 0.76 – exactly the same as that of the skeleton found on Nikumaroro in 1940.

Does this prove that Amelia Earhart landed on Nikumaroro Island and survived there for at least a few days? Not conclusively. In fact, not even by an arm’s length. But it’s a big dot to add to the collection that may one day solve the mystery of her disappearance. 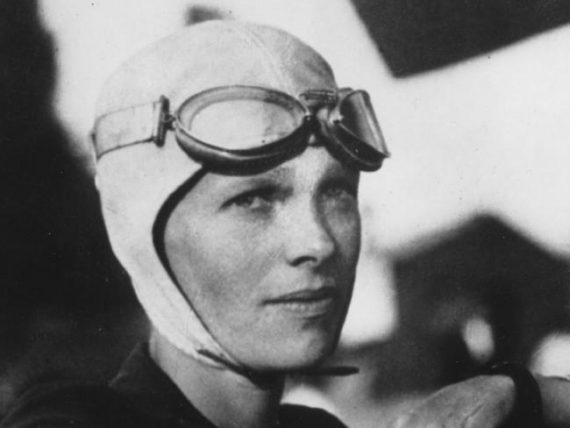 Jack the Ripper and the Royal Conspiracy