Artful Anachronism: A Look at Time Travel Throughout History

Time travel: it has been one of the most lasting fixtures of modern fiction, with the potential for exploration not only of all places, but any point in time throughout history, all made available to the wanderlust of the human imagination.

In part, we have Albert Einstein to thank for this, in that he fundamentally changed how we think about the physics of the universe, and especially how that relates to our concept of time and what it actually is. Time is, of course, not only a reality, but also something that can be measured in a relative sense, as Einstein predicted. This, of course, has been verified numerous times with experiments that document what is called “time dilation”, in which the effects of time can differ based on the speed an object is traveling, and relative its distance from a gravitational body such as planet Earth.

Time dilation by itself, while helping map our concept of time as being a sort of malleable thing, rather than the strict universal constant it was once believed to be, does little to help us understand a concept like time travel. General Relativity does, however, perhaps entail a sort of time travel that could carry us forward in time, especially if we are to consider the effects of the passage of time on an object moving through space at a speed nearing the same speed that light travels. In other words, this entails the famous and oft-cited notion that a space traveler moving through space at a speed nearing that of light speed might travel around the universe over the course of several years, and while only aging relative to passage of time aboard that particular space vessel, upon return to Earth they would learn that much more time has passed while they were away.

This concept is familiar to us apart from concepts we find in General Relativity. In fact, it has occurred many times in various fictional representations over the years; one of the earliest references to a person spontaneously finding themselves in an unfamiliar time appears in the ancient Indian epic, the Mahabharata. Here, we find King Raivata Kakudmi’s description of his journey to heaven to meet the creator, Brahma. Though Kakudmi remains with Brahma only a short time, he returns to Earth to find that many years have passed since he left; a narrative strikingly similar to that which we find in relativity theory.

Similar tropes of popular fiction would begin to emerge in the fiction of the 18th and 19th centuries. Louis-Sébastien Mercier’s tale The Year 2440: A Dream If Ever There Were One, we discover a protagonist that is somehow transported ahead to the year 2440. Among the most popular conceptions of how one might travel to a future epoch appears in Washington Irving’s famous story Rip Van Winkle, in which the sleeping character for whom the story is named awakens to find that he has not only overslept, but awakened in a future so distant it is barely recognizable; a similar theme appeared in H.G. Wells’s story The Sleeper Awakes, where as the story’s title suggests, we find a man who awakens 200 years in the future. 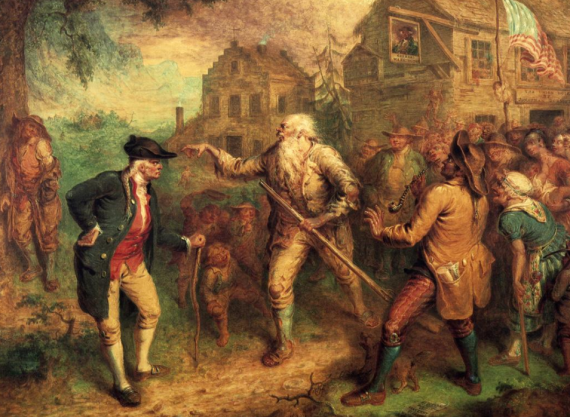 Of H.G. Wells, much could be said in the way of his contributions to the popular tropes of time travel in fiction; it was Wells who, of course, popularized the notion of travel through time using a machine, and one that, rather than the leaps forward made by the drowsy denizens of fiction from previous decades, also allowed for travel backward in time. Although it cannot be argued that Wells had a particularly significant influence on the way time travel began to be conceptualized in literature, we must recognize that he wasn't the first to posit that travel backward in time might exist. Wells’ imaginative narrative was in fact preceded by an earlier story, The Chronic Argonauts, which, though lesser known, did manage to beat him to the punch. In fact, Wells hadn’t even been the first to write on the subject of travel with the assistance of a time machine; in the story "The Clock that Went Backward" by Edward Page Mitchell, which first saw publication in the New York Sun in 1881, we once again see a less famous, but nonetheless earlier example of time travel with a time machine that predates Wells’ famous offering.

As far as modern counterparts to these sorts of fictional concepts of time travel, physicists seem to agree that time travel would indeed be possible, but that it would be extremely complicated, and thus may also be impractical, at least for some time. Returning again to Einstein’s theories of gravity as it relates to general relativity, conditions are likely to exist where spacetime can curve in such a way that it would allow effective use of “shortcuts” through time as well; these might also allow for the hypothetical movement to a point in the past. 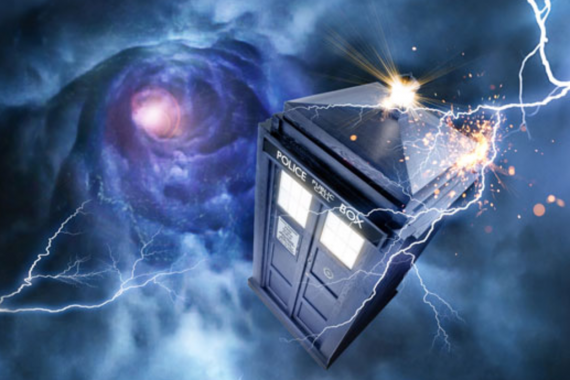 We are a good ways from reaching a point where any of the numerous hypothetical time travel scenarios might become a reality. Perhaps this shouldn’t dissuade us from trying to make sense of what relationship time and temporality has with our universe, and perhaps even in unique ways. While any kind of literal time travel will have to be kept to those things in the imagination, it certainly seems to have remained a popular device in fiction over the years… whether that be thousands of years ago as seen in the Hindu epics, or in its countless modern incarnations.

Then again, can one really call time travel “modern” in any realistic sense? After all, the fine art of anachronism is perhaps one of the most appealing things about time travel. In other words, it doesn’t seem to matter where in time one chooses to place it: the concept, familiar to us, and yet so far from reach, is indeed timeless in the very truest sense.

The Zombies of Soylent Green