Bigfoot: A Tooled Up Monster?

Back in the 1830s, a wave of terror gripped the people of Sublime, Texas, which is situated between the cities of Houston and San Antonio. On numerous occasions, fear-filled locals reported seeing a wild, hair-covered creature that was somewhat human-like in appearance. It became known as the Wild Man of the Navidad. Typically, the encounters occurred in fields and woodland, and ended with the beast making good its escape. The theories for what the creature might have been were wide and varied. It must be said, however, that Bigfoot is not out of the question. Whatever the true answer, the 1830s-era wave of sightings came to an abrupt end. It should be noted that over the decades, and even centuries, a few additional reports have surfaced from Sublime.

An attempted capture of the beast of the Navidad ended in complete failure. A few important points should not go without observation or comment, however. The hunter in question had an excellent opportunity to note the physical appearance of the creature as both he and it charged wildly across the open prairie. Precisely like others who had come before him, the hunter described the man-thing as being naked, with bright staring eyes and a body covered in short, brown hair. It was also said to be carrying something in its hand. Interestingly, nothing less than a five-foot-long, and carefully-fashioned, wooden club was reportedly later found in the same area where the furious and famous pursuit had taken place. Moving on...

The Sasquatch Research Association notes: "Stories of rocks, sticks, and other items being thrown at or near people in the wilderness of North America go back more than a century. It is quite often one of the first indications that there may be squatches present. Throwing rocks and sticks as a means of intimidation is a behavior trait found in all of the great apes..." 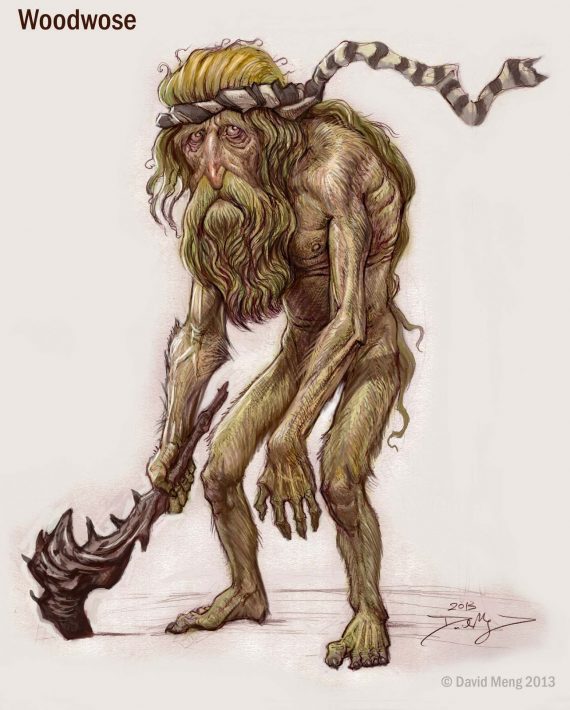 Now, let's take a look at the Woodwose, a definitive, hairy wild-man type characater. Tabitca Cope, author of the excellent cryptozoological novel, Dark Ness, says of the Woodwose that it "...is a savage, naked man decked out in leaves and boughs or moss and ivy, carrying a huge club. He has been reportedly seen in England since 14th Century and up to the 16th Century and has been described as a large bearded man whose entire body was covered in curly hair. Historians theorized that the wodewose may have been some ancestor of man, and during the periods of its existence, had learned to fashion tools from wood. Similar stories of large hairy ape-men are found in the Pacific Northwest, Europe, Canada, Mexico, Belize, Guiana, Ecuador, Brazil, Malaysia, Indonesia, parts of Africa, and of course the Himalayas."

The well-known Cornwall, England-based anomalies researcher, writer, and blogger, Elizabeth Randall, has spent many a moon seeking out the truth behind the Woodwose legends. She says of the creature that it "...is usually shown as a complete, part human, figure carrying a club with the limbs being leafy. It also often shows a thick beard and wears a cap. The Woodwose may also be shown holding the club in different positions. Sometimes this is on its side and sometimes it is raised. There is a theory that a raised club depicts the figure before it was converted to Christianity, but it’s probably more correct to believe that it was raised to ward off evil spirits." 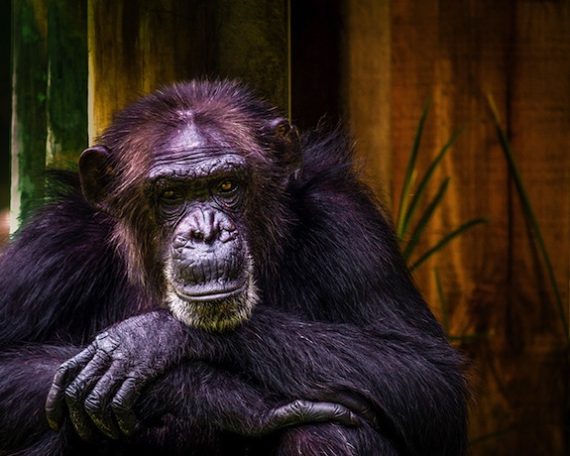 Etchinghill, which sits prominently over the Staffordshire, England town of Rugeley, was the site of an encounter with a strange, chimpanzee-like animal. It was seen early on the morning of May 7, 2009 by a man driving to work, and who, in a brief email sent to me eleven days later, described the animal as being: "...a big old chimp, about four feet tall, with a big piece of wood in his right hand." The witness continued: "He was black and hairy all over and shot off as I drove past. It was definitely some sort of biggish monkey."

Fish Are Eating Methane Food and Humans May Eat It Too