Arguably among the most famous tales of darkness and the macabre ever written, Bram Stoker’s seminal 1897 Gothic horror novel, Dracula, continues to set a precedent in the horror genre more than a century after its publication.

Derivative works that range from short stories and novels, to the myriad films portraying the famous Transylvanian count, often depict Dracula as a kind of “king among vampires”, if not very literally so. Among Stoker’s early sources of inspiration for the story had been visits to locations like the crypts at Saint Michan’s Church in Dublin, Ireland, as well as a castle known as Slains, near Aberdeenshire.

However, there were perhaps no elements at play which directly inspired Stoker more than the publication of Sheridan Le Fanu’s seminal novella Carmilla, appearing in print 26 years before Dracula arrived on the scene.

Considered one of the most sensual and risqué works of fiction for its time, Le Fanu’s novella featured boldly suggestive sexual themes. Most notably, Carmilla’s slow seduction of the story’s female protagonist would set a precedent for lesbian attraction appearing in vampire literature and films for decades to come, in addition to the general sexuality of the vampire in Gothic literature. Dracula’s character, though less explicitly suggestive than Carmella had been a few decades earlier, nonetheless portrays the passions of its namesake in a way that bodes a sort of "coming of age" for Victorian culture; a prominence of rebellion against sexual repression that had once been so common in the era.

Apart from the myriad similarities in the themes shared between Dracula and Carmilla, Stoker had once intended to include a more distinct “nod” to his predecessor’s work in the final presentation of his own vampire novel. We know this today, thanks to an odd addendum to the Dracula narrative that was later published by Stoker, but which seems to have initially been intended for inclusion as part of the original Dracula narrative, rather than merely as a standalone short story.

The bizarre affair of Dracula’s "lost chapter" began in 1914, with the posthumous publication of a collection of Stoker’s short stories by his widow, Florence, under the title Dracula’s Guest and Other Weird Stories. In the volume, Florence wrote of the volume’s title story:

“I have added an hitherto unpublished episode from Dracula. It was originally excised owing to the length of the book, and may prove of interest to the many readers of what is considered my husband's most remarkable work.”

This indeed seems to rather explicitly suggest that the short story called “Dracula’s Guest” was omitted from the original work. However, it was difficult to make anything conclusive of this determination, due to the fact that early drafts of Stoker’s novel were missing for many years. 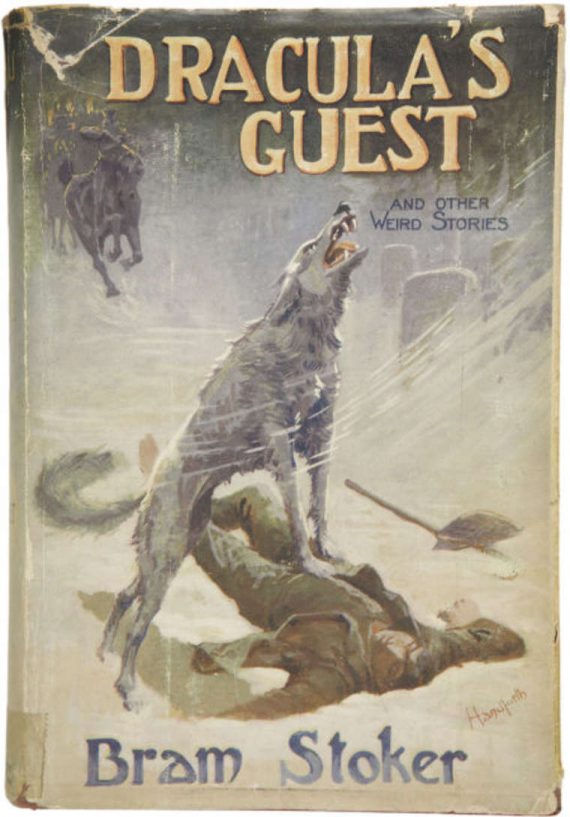 During the 1980s, a remarkable discovery turned up in, of all places, a barn in Northwestern Pennsylvania: an original typescript of Stoker's novel, numbering 541 pages in length. Numerous changes and edits had been made to the text, most notably the handwritten title on the cover page, which read simply, “THE UN-DEAD.” This is generally interpreted as having been Stoker’s original title for the book, which was invariably changed to that of the famous name of the story’s nemesis prior to publication.

Preceding the 2008 publication of The New Annotated Dracula, editor Leslie S. Klinger was given access to Stoker’s original manuscript. Studying the various changes to the text revealed a number of tantalizing clues, not least of them being protagonist Jonathan Harker complaining at one point about his throat being "still sore from the licking of the gray wolf's file-like tongue.”

Within the context of the published narrative in Dracula we are familiar with today, this would have made very little sense; at what point would Harker have been “licked” by a wolf? Was he hallucinating?

The sentence, as Klinger notes, was later removed from the final version of the manuscript, though its inclusion in early drafts provides the key to understanding the mystery of Dracula’s “lost chapter”. Returning to the short story “Dracula’s Guest”, in it we find an unnamed protagonist (taken to have been none other than Harker) who visits Munich on Walpurgis night, while en route to Transylvania. Traveling alone while a storm lingers in the distance, Harker eventually takes cover in a cypress grove, wherein he finds a cemetery. As hailstones begin to fall, Harker discovers a large tomb, which he attempts to enter. Opening the bronze door, he finds a beautiful woman who appears to be resting inside; at this moment, a powerful lightning strike sends him flying backward, and upon awakening, he opens his eyes to see a massive, wolf-like creature licking his neck. Harker is soon rescued from the eerie affair with the arrival of a group of horsemen, who say that the beast they were pursuing was “a wolf - and yet not a wolf”, noting of Harker’s condition that “the wolf has been lying on him and keeping his blood warm.”

In light of the redacted sentence from the earlier Dracula manuscript, it seems clear that the affair involving the strange cemetery and its beastly attendant had been intended as part of the original Dracula narrative. This also explains why the early manuscript’s first chapter is labeled “ii”, as though beginning with the omission of a first chapter altogether. 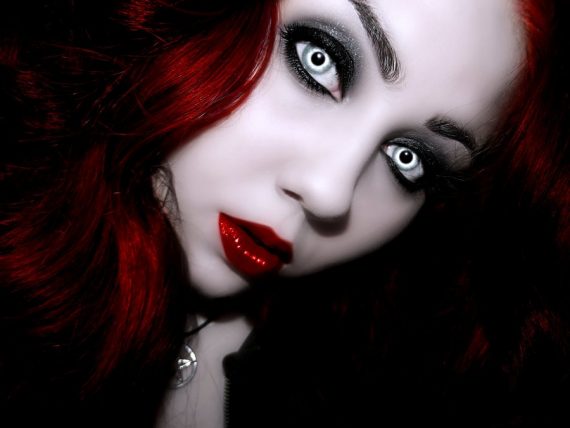 There is more that we find within this “lost chapter”, however. Within the marble tomb, where Jonathan Harker initially begins to seek refuge, he was able to see a “beautiful woman” moments before a lightning strike destroys the structure under rather melodramatic circumstances:

“As I leaned against the door, it moved slightly and opened inwards. The shelter of even a tomb was welcome in that pitiless tempest and I was about to enter it when there came a flash of forked lightning that lit up the whole expanse of the heavens. In the instant, as I am a living man, I saw, as my my eyes turned into the darkness of the tomb, a beautiful woman with rounded cheeks and red lips, seemingly sleeping on a bier. As the thunder broke overhead, I was grasped as by the hand of a giant and hurled out into the storm. The whole thing was so sudden that, before I could realize the shock, moral as well as physical, I found the hailstones beating me down. At the same time I had a strange, dominating feeling that I was not alone. I looked towards the tomb. Just then there came another blinding flash which seemed to strike the iron stake that surmounted the tomb and to pour through to the earth, blasting and crumbling the marble, as in a burst of flame. The dead woman rose for a moment of agony while she was lapped in the flame, and her bitter scream of pain was drowned in the thundercrash.”

Earlier in the story, we find that upon reaching the tomb, Harker sees its inscription:

I approached the sepulchre to see what it was and why such a thing stood alone in such a place.I walked around it and read, over the Doric door, in German--

This will be of significance to fans of Carmilla, who will note that the story's setting had also been a castle in Styria; thus, it seems likely that the evocation of a female vampire from this rather specific region had likely been intended by Stoker as a nod to Le Fanu's earlier work.

Though Stoker's publisher likely moved for the omission of the first chapter merely for space considerations, its inclusion, in retrospect, could have made more apparent such similarities, as well as their intention as a sort of homage by Stoker to one of his predecessors.

Arguably, either of these classics would still rank among the better stories of vampires in literature today. For those who may care to read versions of the stories online, "Dracula's Guest" can be found here, and the full text of Carmilla, divided into its separate chapters, can be read here.

The UFO-Drone Issue: Ours Or Theirs?