CRISPR Gene Editing Tested in a Human for the First Time

Carl June, a specialist in immunotherapy at the University of Pennsylvania in Philadelphia, saw the results of a new study and exclaimed:

I think this is going to trigger ‘Sputnik 2.0’, a biomedical duel on progress between China and the United States, which is important since competition usually improves the end product.

Is that true even if the “end product” is a human injected with modified using the CRISPR-Cas9 gene editing technique? We will soon find out as the announcement was made this week that researchers in China injected CRISPR-edited T-cells into a cancer patient to combat lung cancer cells. Was that an “Oh” or an “Uh-oh”?

According to the journal Nature, oncologist Lu You of Sichuan University first removed the cancer-fighting T-cells from a patient’s blood. To engineer them to be reliable cancer-fighters, he used DNA-cutting enzymes (the CRISPR-Cas9 system) to disable the T-cells' PD-1 receptor, which cancer cells use to override to defeat the cells. He then injected the modified T-cells back into the bloodstream to fight the patient’s who metastatic non-small-cell lung cancer. 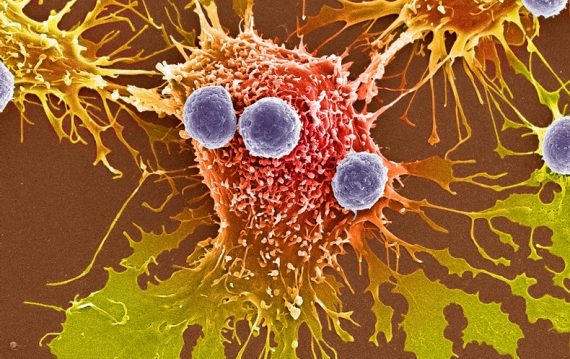 And? Unfortunately, confidentiality stops the team from revealing the results, but it’s known that the patient is scheduled to get a second injection. Also, ten other patients have been selected to receive 2 to 4 injections of their CRISPR-edited blood. Results from those tests – what can be reported without violating confidentiality – will be known in six months.

The response of Carl June is a good indicator that things are going well. He’s the scientific adviser for a similar U.S. cancer treatment trial using CRISPR that is expected to begin in 2017. To show that the “competition” half of his prediction is working, another Chinese team – this one at Peking University in Beijing – plans to start three CRISPR trials on bladder, prostate and renal-cell cancers in March 2017.

Is this going to be Sputnik 2.0 (Sputnik was the first artificial Earth satellite that launched the space age), something less or something else? Non-CRISPR antibodies disable PV-1 have already proven to be good cancer fighters. However, oncologist Naiyer Rizvi of Columbia University Medical Center in New York City says the CRISPR process is “a huge undertaking and not very scalable. Unless it shows a large gain in efficacy, it will be hard to justify moving forward.”

However, every successful test of CRISPR, no matter how small, leads us one step closer to creating genetically-modified humans. In 2015, Chinese researchers used CRISPR to modify the genome of a human embryo, which they did not let develop. Will regulations and ethics keep up with Sputnik 2.0?