Siberia once again proves that the further north you go, the closer you get to a frigid bizarro world where nothing is as it seems and nature messes with minds to make them believe in giants preparing for ice ball battles. Residents of Nyda, a village just north of the Arctic Circle on the Gulf of Ob, have been waking up recently to ever-increasing numbers of giant snowballs and ice balls mysteriously appearing on the beach – perfectly shaped and neatly lined up for miles. 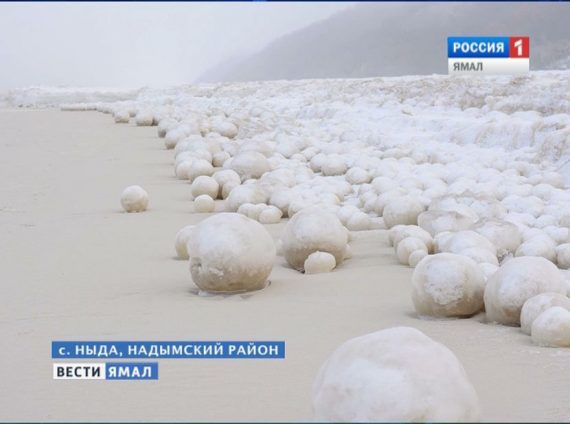 We have them only in one place. It's as if someone spilled them. They are all of different sizes, from tennis balls to volleyball.

Who plays volleyball in Siberia? That’s a question for another day. Who or what is making millions of perfect snowballs the size of volleyballs and larger (some measure up to one meter (3.3 feet) in diameter but there’s no sports ball to compare them to) on the Gulf of Ob, the only place in the world where this happens? 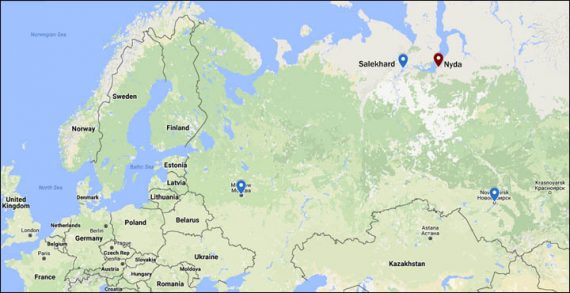 We all were very surprised. Many people believed it only when saw with they own eyes. This has not happened previously. And there was not so much snow for them to form. It's so interesting.

Nyda resident Ekaterina Chernykh thinks the mysterious giant snowballs are “interesting” but many residents want to know if they should fear them or whatever made them – nature, climate change, gulf monsters, aliens, secret underwater military operations - what's causing them? 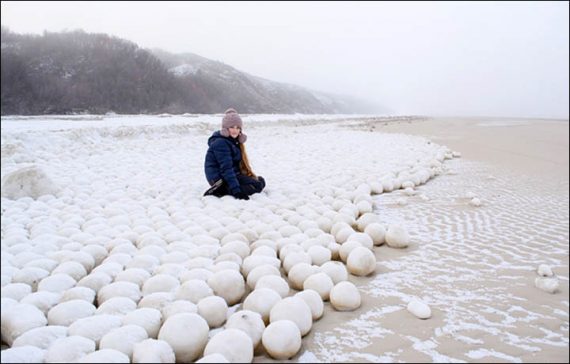 As a rule, first there is a primary natural phenomenon - sludge ice, slob ice. Then comes a combination of the effects of the wind, the lay of the coastline, and the temperature and wind conditions. It can be such an original combination that it results in the formation of balls like these.

Slob ice – sounds like a Russian version of a hastily-made sno-cone. Meteorologists says Siberia is experiencing record cold and snowfall already and it’s not even winter yet. This might be caused by a weaker winter polar vortex which may send this cold air and snow to North America and Western Europe. Will the mysterious giant snowballs appear there too?

Sorry to disappoint the proud residents of Nyda (who probably don’t have much else to celebrate), but the giant snowballs have previously appeared on other frozen shores. They were seen on a Lake Michigan beach in 2013 and have been reported in Finland. If it’s any consolation to Nydanians, their giant snowballs seem pristine and perfectly-shaped when compared to photos of the somewhat brownish meatball-shaped ones in Michigan. 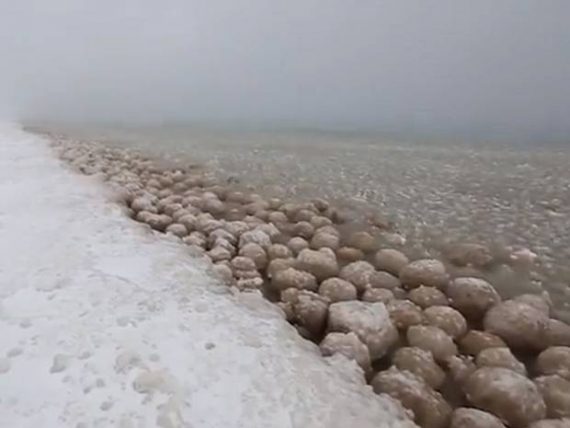 The Mystery of Earworms Explained