Climate change in the modern era, particularly warming trends that have occurred since the middle of the last century due to atmospheric carbon dioxide, has remained a hot topic (no pun intended) in recent weeks.

This is due, in part, to concerns by environmentalists and world leaders about how climate science may be affected by the presidency of Donald Trump, in addition to new data which suggests current temperatures at the North Pole are more than 36 degrees hotter than annual averages, with surrounding Arctic regions also close to 13 degrees warmer than average.

Temperature changes have occurred in the past as well, and while science shows us the affect humans have on the climate today (which is called anthropogenic climate change), there are other factors stemming from nature that contribute to temperature changes over time, which include astronomical factors relating to the Earth's orbit. 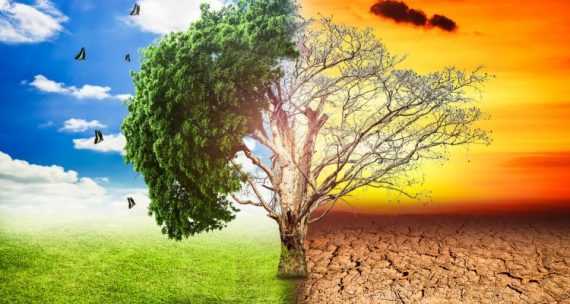 Apart from climate science itself, there are other interesting things that begin to emerge when studying warming trends that have occurred throughout human history. One of the most tantalizing suggestions that has recurred over the years involves whether warming trends have an affect on human creativity.

This theme has appeared a number of times over the years, and in various different areas of study. One notable example first appeared in print in 1969 in British art historian Kenneth Clark's book Civilisation: A Personal View, in which he wrote:

"There have been times in the history of man when the earth seems suddenly to have grown warmer or more radio-active.... I don't put that forward as a scientific proposition, but the fact remains that three or four times in history man has made a leap forward that would have been unthinkable under ordinary evolutionary conditions. One such time was about the year 3000 BC, when quite suddenly civilisation appeared, not only in Egypt and Mesopotamia but in the Indus valley; another was in the late sixth century BC, when there was not only the miracle of lonia and Greece—philosophy, science, art, poetry, all reaching a point that wasn't reached again for 2000 years—but also in India a spiritual enlightenment that has perhaps never been equalled. Another was round about the year 1100. It seems to have affected the whole world; but its strongest and most dramatic effect was in Western Europe—where it was most needed. It was like a Russian spring. In every branch of life— action, philosophy, organization, technology—there was an extraordinary outpouring of energy, an intensification of existence."

Although Clark was careful, as he noted, not to "put that forward as a scientific proposition," there certainly have been scientists that have looked at the subject in decades that followed. Sultbert Ertel had been one of them, who in 1989 suggested that such a trend might exist in his paper, "Synchronous Bursts of Creativity in Independent Cultures: Evidence for an Extraterrestrial Connection."

Ertel's article was actually the second he had written, in which he posited that a link between "the historical oscillations of scientific creativity and solar cyclic variation." Ertel chose to examine periods in history, namely between around AD 600 through AD 1800, where significant advancements in the arts, literature, and science had occurred. Ertel's research yielded the following observations:

2. During periods of extended solar excursions, bursts of creativity in painting, literature, and science succeeded one another with lags of about 10-15 years;

3. The reported regularities of cultural output are prominent throughout with eminent creators. They decrease with ordinary professionals.

One reason we may see subtle, but significant changes in human behavior in response to climate changes could have to do with the idea that natural selection, to a certain degree, relies on how well a group or species may be able to adapt to environmental instability. Especially in the longer term, this may indeed be the case, as proposed by Dr. Rick Potts with the Smithsonian’s Human Origins Program, resulting in what is called variability selection. Peter B. deMenocal of Columbia University's Lamont-Doherty Earth Observatory, as quoted in 2014, also notes the apparent correlation between significant advancements or "evolutionary leaps" and climate change in the ancient world, though he admitted that, “I think, to be fair, all we have at the moment is coincidence."

Although adaptations in the long term might certainly be expected from the affects of climate change, could it also provide rational for the trends that emerge between warming periods, and creativity as well, or are there other factors that might account for this apparent correlation?