For months now, locals in one Oxfordshire village have been puzzled as to why so many tourists keep flooding into their town, and the situation only continues to grow stranger by the day.

Kidlington is otherwise only remarkable for being, if anything, so ordinary. A quiet suburb, with little more in the way of a colorful atmosphere than the flowers growing in people's gardens.

But lately, flowers aren't all that have been turning up in Kidlington's parks and gardens. Many locals have been perplexed to look our their windows and find tourists, mostly from China or Japan, bringing bagged lunches into their yards, and even knocking on doors asking to use their restrooms.

It all has many Kidlington residents asking, just what is it that they find so fancy about our town?

The strange Kidlington affair first came to our attention when clippings were emailed to us, citing a Fortean Times article from earlier in 2016. Odd, and even quaint, there was little one might construe as ominous about the strange surge in tourists to the town, who generally appear to arrive in buses or rental vehicles, plodding about aimlessly and taking photos of houses, gardens, and streets, with no particular focus of any kind. 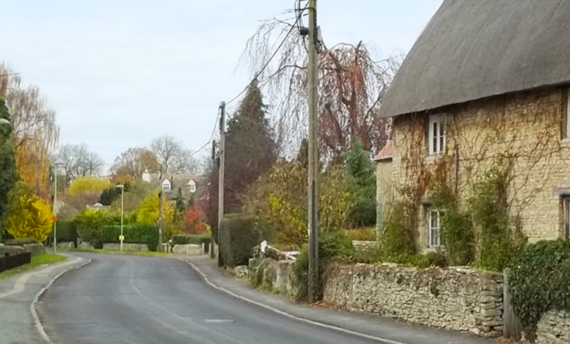 The ongoing strangeness of the affair was more recently discussed by the BBC, in an article that featured the speculation of a number of Kidlington residents about what, precisely, might account for the strange fascination.

Among the more colorful theories, albeit one very tongue in cheek, had been that of Andrew MacLachlan, who told the BBC that, "They are time travellers, something terrible must happen to your village when we finally exit the EU, they just want to see Kidlington before the event."

Other theories suggest that Kidlington is merely among the best representations of a stereotypical, quaint English community, and that the travelers are stopping in to scope things out in a rural area very different from the lifestyles they know in another part of the world.

There is another theory worthy of discussion here, which involves the notion that certain residences in the neighborhood might be recognized from a brochure, or even some kind of film or documentary, which has attracted them to the location.

Similar things have occurred as a result of rabid-fandom in the United States as well, which is nearly comparable to Kidlington's bizarre situation. Following the popularity of the television show Breaking Bad, starring Bryan Cranston as Walter White, a high school chemistry teacher-turned obdurate methamphetamine dealer, fans were known to have made pilgrimages to the house featured as White's home on the program. 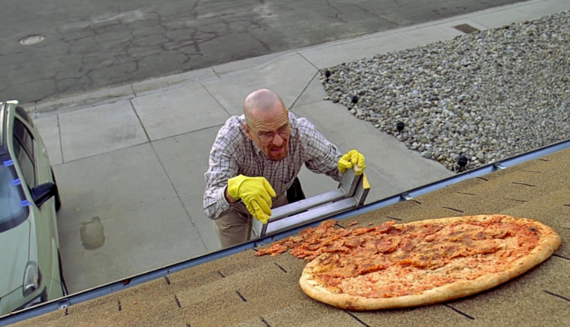 In addition to having to ward off unwanted visitors, the home's real-life owners further complained that a popular scene from the show, depicting an enraged Walter White throwing a pizza onto the roof, was being reenacted by some of the visitors. The vandalism incidents prompted series creator Vince Gilligan to issue a statement, asking fans to refrain from tossing pizzas onto the roof of the home.

Whatever circumstances may contribute to the ongoing floods of visitors to Kidlington, it remains a mystery to locals. In at least one instance, it was reported that upon attempting to ask them why they chose the location as a destination, the visitors appeared to have difficulty understanding English.

The recent of visitations, rather interestingly, contrast with 2015 statistics reported by CityMetric,  which suggested that Moscow, Paris, Rome and New York all recorded greater visitation by Chinese tourists than England's major population centers, with more than six times as many Chinese visitors heading to the Big Apple rather than London.

Perhaps the ultimate cause for Kidlington's strange surge in traffic will have to go unexplained for the time being... or maybe we'll stick with the "time travel" theory for now, if only for laughs.

Who Holds The UK’s UFO Secrets?