Mothman May Have Returned to Point Pleasant

It was almost exactly 50 years ago – on November 12th, 1966 - that the first known sighting of Mothman was reported in Point Pleasant, West Virginia. On November 20th, 2016, a man driving in Point Pleasant spotted and photographed what appears to be Mothman. Has it returned to celebrate the anniversary? Or is it back to warn of (or cause) another disaster?

The sighting was reported to local media by a man – he requested to remain anonymous - who says he was driving along State Route 2 on the evening of Sunday, November 20th. He claims he saw something either jumping or flying among the roadside trees, so he pulled off the highway and took some photos with his phone. 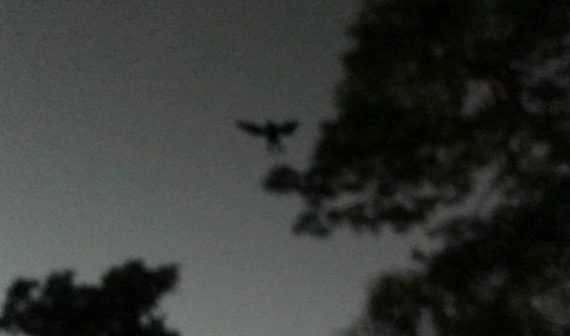 The photos, taken at various angles, show what appears to be a winged humanoid flying against a darkening evening sky. The report says the witness denied altering the photos in any way. However, no other information about the witness, where the creature went to, any sounds he may have heard, whether he saw red glowing eyes or other details that would help identify and/or verify that this truly was Mothman were provided. 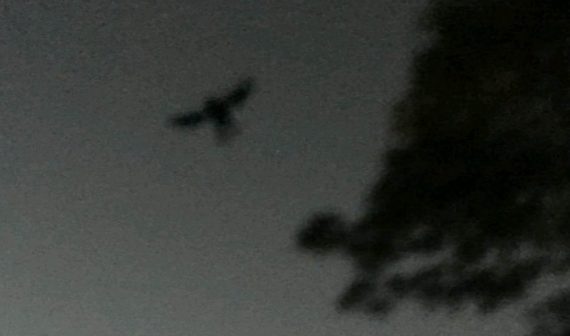 A reporter from the local TV station contacted a local Mothman expert - Jeff Wamsley, owner of the Mothman Museum – and showed him the pictures. Wamsley did not appear on camera but told the reporter that it was impossible to know for certain if the photos have been doctored, thus declining to say if he believed the photos and the sighting were real. 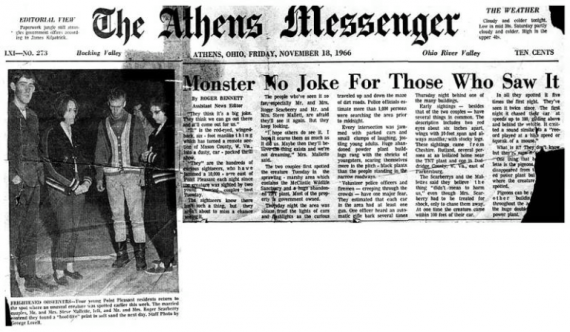 It seems like a convenient coincidence that this Mothman sighting occurred so close to the 50th anniversary of the original incident. After five men digging a grave in a cemetery near Clendenin, West Virginia, claimed to see a winged humanoid fly low overhead, sightings continued for over a year before the Silver Bridge collapsed on December 15th, 1967, killing 46 people and causing many to link the tragedy to Mothman. The Mothman Prophecies book by John Keel, the subsequent popular movie, numerous other writings and many other sightings – not just Point Pleasant but around the world – keep the story alive.

As shown in the interviews in the newscast about the latest sighting, many people in Point Pleasant depend on Mothman tourists and an annual festival for their income, so a sighting on the anniversary is good business.

Does that make Mothman any more real? Only other sightings, better photos or another bridge collapse or similar tragedy will help that. 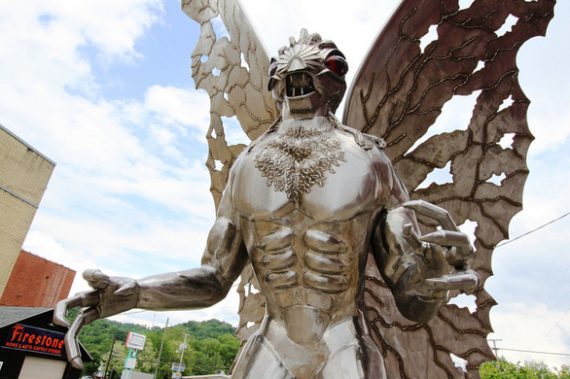