A mysterious and incredibly rare black fox was photographed recently on the Isle of Portland in the English Channel off the coast of Dorsett, England. The black fox is a sign of bad luck in Gaelic countries. Is this one delivering a warning on Brexit? British football predictions?

The black fox was photographed by Portland resident Paul Stevens after his wife spotted the creature in a quarry she could see from a bedroom window. Stevens was too late with his camera at the window and outside, but – being an old fox himself – figured out which way it probably went and managed to track it down and get a number of excellent photos.

It looked identical to a red fox apart from the fact it was black and white. It was really quite a shock to the system to see one because I didn't know they existed. 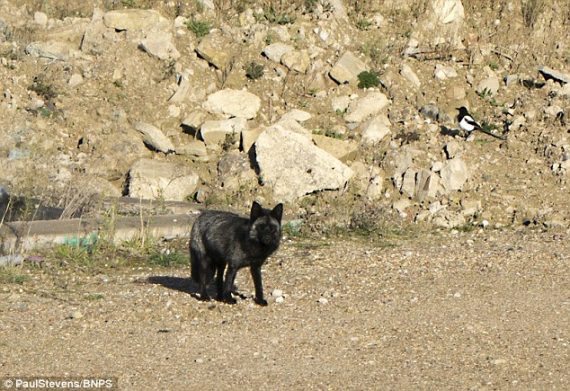 Stevens may wish he hadn’t seen it once he hears about the bad luck that comes to anyone who spots one – and probably worse luck if the black fox crosses their path. It’s a centuries-old superstition that seems to follow black cats, black dogs and creatures which aren’t normally black. The scariest black fox, according to local legend, was one that was “black as night, so that it could live in a man's shadow and never be seen.”

For those looking for a less mythical explanation for the black fox, it is considered a genetic mutation of the common red fox that first appears in cubs. While most eventually lose the coloring, a very few remain totally black - or black with a white-tipped tail - into adulthood. The mutation seems to affect only the fox’s hue, so they live healthy lives and pass the gene to their offspring. They either hide well or are well hidden because a sighting in 2008 was considered to be the first in modern times, with another in 2012, one in 2015 and now Stevens’ 2016 model.

Black foxes have a similar past in Native American folklore. They’re mentioned in the 1643 writings of Roger Williams, the founder of Rhode Island:

The Indians say they have black foxes, which they have often seene, but never could take any of them. They say they are Manittooes, that is Gods, Spirits, or Divine powers, as they say of everything which they cannot comprehend.

When looking for something to blame for unexplained circumstances, American settlers gave black foxes more evil powers as did some Native American tribes. Northeast, Midwest and Plains tribes believed the fox punished those who were careless or arrogant and the Quechua in South America considered it to be a thief, a scoundrel and an all-around bad omen. On the other hand, the Menominee, and the Hopi named clans after the fox and used their skins during dances – an upcoming dance was an unlucky omen for foxes.

Based on this, Paul Stevens would be wise to stay indoors, be careful and not act arrogant. His wife should thank the black fox. 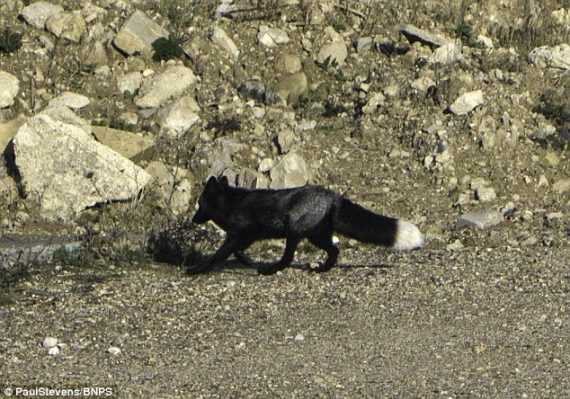 Ghost Ship Found Off Coast of Vietnam With Lights Still On