The Earth may not be hollow but it may not be solid either. A new study of a curious anomaly underneath an Andean volcano in Bolivia found a body of water the size of a Great Lake about 15 km beneath it. Is this the solution to our water shortages?

According to a new report in Earth and Planetary Science Letters, geologist Jon Blundy of the University of Bristol was trying to understand strange readings he was getting of seismic waves under Uturuncu – a dormant volcano in the Bolivian Andes that last erupted around 271,000 years ago but has been showing unusual ground inflation and microseismic activity on satellite images since 1992. Measurements pointed to an anomaly called the Altiplano-Puna magma body which slowed down seismic waves and conducted electricity – two things magma isn’t supposed to do. 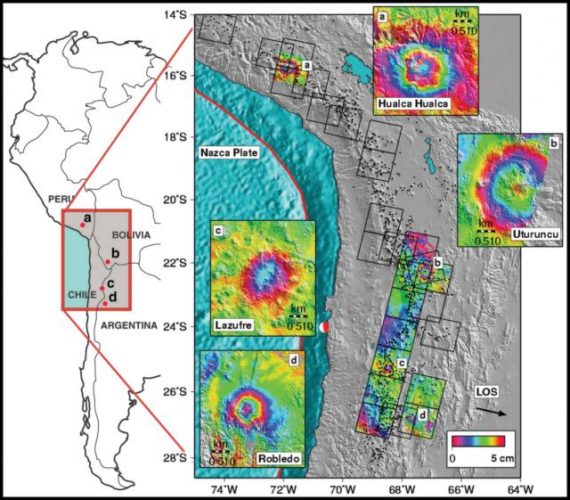 To determine why the Altiplano-Puna magma body wasn’t acting like regular magma, Blundy’s researchers collected rocks from a Uturuncu eruption 500,000 years ago, mixed them with water and subjected them in the lab to the intense pressure and 1,500 degree C temperatures they would be exposed to underneath Uturuncu. A mix of about 8-10 percent water-to-rock caused the same electrical conductivity as the anomaly.

Unfortunately, that mixture means it’s not a solution for the above-ground water crisis. Which is too bad because it’s only the tip of the 1,500 degree C melted iceberg. Geologists in 2014 found as much water as in all of the oceans at a depth of 700 km – again, too deep, hot and rocky to help the surface people.

This huge amount of water in the Earth’s interior is also bad news for panspermians, who belief that water and microscopic life was brought here by comets or asteroids. This could prove that water is part of what formed the planet from the beginning. 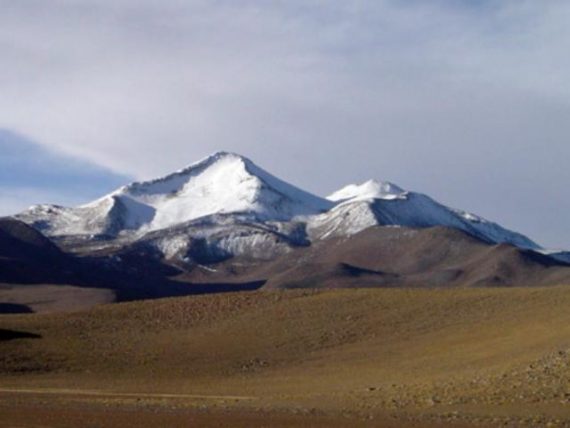 And finally, it’s not good news for those living on top of Uturuncu, says Blundy.

The process in Uturuncu is a microcosm of continental crust formation, and involves much more water than we thought, probably twice as much. Dissolved at shallower depths where the pressure is lower, it comes out as bubbles, which end up as an explosive eruption.

What all of this means is that we still know very little about volcanoes, water, the origin of the planet and how life got here. What else is new?