To grow to a height of 7-foot-2-inches (2.155 meters) is unusual but not unheard of in 2016 … for men. It’s highly unusual for a woman to reach that height. Imagine what it must have been like in the 13th century for a woman to be that tall. A new book attempts to recreate the life of a medieval giantess whose skeleton was found buried in an odd position in a cemetery in Poland. 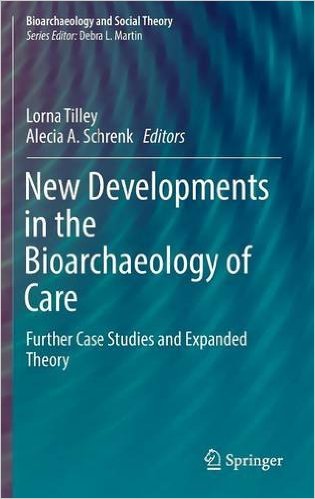 Writing in New Developments in the Bioarchaeology of Care, bioarcheologists Magdalena Matczak and Tomasz Kozłowski describe the strange skeleton found in an elite medieval church cemetery on Ostrów Lednicki – an island in Lake Lednica located between the cities of Gniezno and Poznań in central-western Poland. The skeleton was proportionally larger than the others in the cemetery, which suggested that she suffered from gigantism caused by excessive growth hormone produced by her pituitary gland. The only bones out of proportion were parts of her skull such as her jaw and nose. Their extra-large size meant she also suffered from acromegaly, another growth hormone-induced condition. 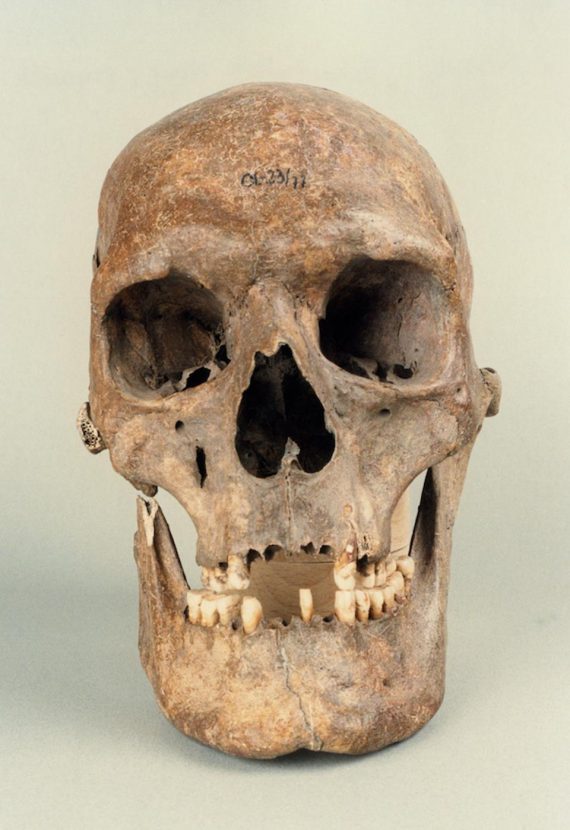 What was life in the 13th or 14th century like for this female giant? Difficult, say the bioarcheologists. She appears to have died young in her 20s and he spine showed signs of degenerative joint disease and disc hernias. She had broken an arm and a leg and probably had plenty of bruises on her head from low doorways. Given when they know today about gigantism, they assume she probably suffered from mental disorders, intellectual impairment and cognitive dysfunction as well – most likely making her one of those misunderstood scary giants in folk and fairy tales. 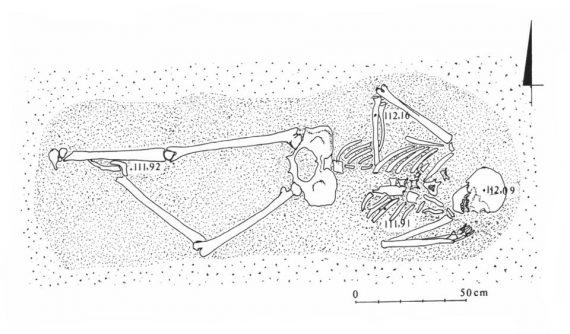 And yet … this giantess was buried in a special way. While the rest of the skeletons were found positioned with their heads to the west, she was facing east towards the rising sun. Nothing else was buried with her body and it was arranged with her left hand close to her skull and her right arm and left leg bent rather than fully extended. Even more interesting, she appears to have been well cared for by someone – either relatives or the townspeople. She lived longer than expected and the broken bones she had healed properly, indicating that she was nursed back to health.

Gigantism was not well studied or documented prior to the 19th century, so this skeleton provided these bioarcheologists with a unique and complex look at someone who suffered from it and surprisingly showed that this unusual female giant was not feared but accepted by her people.

… during her lifetime, she may have been subject to different treatment by her community because of her physical abnormalities and/or possible psychological or cognitive problems. However, her survival to middle adulthood, together with evidence indicating she likely received health-related care, suggests that she was not rejected by her society.

A nice example for today’s times.