As readers of my books and articles will know, I am of the opinion that many of the so-called "Cryptids" of our world (monsters of the deep, hairy ape-like creatures, flying monsters, winged humanoids, etc) have supernatural origins, rather than flesh and blood ones. For me, there is no better example of this than what are arguably the world's most famous lake monsters: the Nessies of Loch Ness, Scotland. There is little doubt that the most popular theory for the Nessies is that they represent a surviving colony of plesiosaurs - marine reptiles that became extinct millions of years ago. The problem, however, is that there is not a single shred of irrefutable evidence that plesiosaurs survived extinction. Other theories include giant salamanders, massive eels, and creatures completely unknown to science. And, there is the most controversial theory of all: the idea that the Nessies are paranormal in nature.

Like it or like it not, Loch Ness has a long history of high-strangeness attached to it. Very high-strangeness. Within the folklore of Loch Ness and much of Scotland, there are centuries-old legends and myths concerning supernatural, violent, shape-shifting creatures known as kelpies. Or, in English, water-horses. Roland Watson is one of the most respected figures in the fields of Nessie and kelpie lore and history. He is someone who has spent an enormous amount of time tracking down just about each and every legend and tale of the kelpie. Watson's sterling work has led to the discovery of accounts that suggest, at one time or another, no less than fifty Scottish lochs had kelpie traditions attached to them. One might find that too incredible for words, until one realizes there are numerous lochs and smaller lochans, as they are known, in Scotland. Far more revealing, Watson's study of pre-1933 publications, books and manuscripts that mention kelpies in Scottish lochs, shows that a full 43.6 percent of all the reports cited came from none other than Loch Ness - 1933 being the year in which the controversy exploded big time.

On the matter of supernatural shape-shifting, not everyone describes the Nessies as long-necked animals with flippers, a long tail and large back. In 1880, Duncan MacDonald had a terrifying, eye-to-eye, encounter with something that resembled a giant, goat-sized frog. There is also the matter of a certain tusked beast seen in the waters of the River Ness, in 1932. Lieutenant McP Fordyce described seeing an animal on land that walked like an elephant, that looked like a combination of a "very large horse and a camel," and which was shaggy in appearance. Arthur Grant's 1933 land-based sighting was of something more akin to a plesiosaur. Mr. and Mrs. George Spicer encountered - also on land - a creature that had a jerky, wormy gait. Hugh Gray - in the 1930s, too - photographed an animal with a beak-like, turtle-style head. It had absolutely no neck of any significance whatsoever. 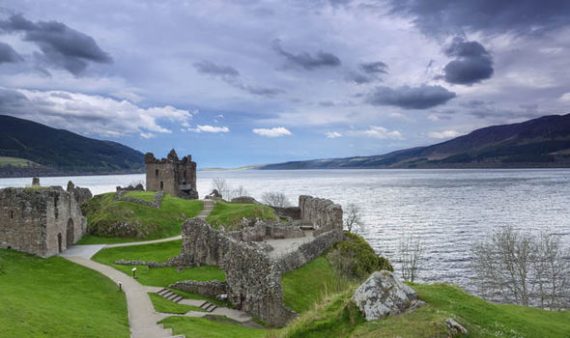 Built on the south-east side of Loch Ness, in the late 1700s by Archibald Fraser, Boleskine House was originally intended to be a hunting lodge. And, for many years that is exactly what it was. It had a reputation for being a place of evil and of supernatural malignancy. Its most famous resident was none other than Aleister Crowley. He was of the feeling that Boleskine House operated, in effect, as a portal or doorway, through which supernatural entities and secrets could be channeled. It is unclear to what extent Crowley, while in residence, had an awareness of the long tradition of kelpies in Loch Ness. It should be noted, however, that he had at least some knowledge of the controversy. For example, he had certainly heard of – and even wrote about – magical water nymphs in Loch Ness. And, when all is said and done, a water nymph is a perfect title for a shape-shifting beast of the deep.

Although Crowley played down his personal knowledge of the Loch Ness Monster, it seems highly likely he knew something of what was going on within the black heart of those vast, expansive depths. It is, surely, no coincidence that when he lived at Boleskine House, Crowley had a large sign posted outside his house that read, "Beware the Ichthyosaurus!" Another practically screamed, "The Deinotheriums are out today!"

For those who may not know, the ichthyosaurus was of the ichthyosaur genus; marine reptiles that surfaced in the Triassic era and which died out in the Jurassic period. They were creatures that began life on land, but then gravitated to the waters – rather than the other way around, which was the case for so many now-extinct animals tens of millions of years ago. They were very much dolphin- and fish-like in appearance and extended in length from barely one-meter to roughly seventeen. How curious, then, that Crowley should have kept people away from his home with warnings of a beast that – like the Loch Ness Monsters – had associations to both the land and the water, and that could grow to notable sizes. As for Deinotherium, it was an animal of the Miocene period that was very much elephant-like in appearance. It's intriguing to note that a number of witnesses to the monsters of the loch have described them as having elephant-like skin, in both color and texture. Two owners of the house - Edward Grant and British actor George Sanders - both committed suicide. Grant blew half his head off in the house, itself. 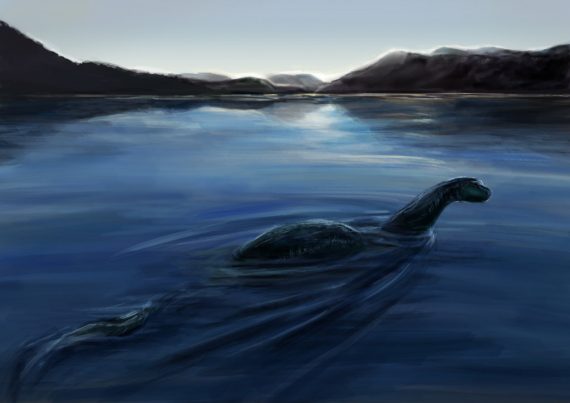 Nessie-seeker Ted Holiday said: "After sunset, Loch Ness is not a water by which to linger. The feeling is hard to define and impossible to explain...After dark I felt that Loch Ness was better left alone." On the night of June 2, 1973, Loch Ness played host to something truly extraordinary. It was nothing less than a full-blown exorcism, one that was designed to forever banish the malignant monsters from the deep and dark waters. It was all the work of Donald Omand, both a doctor and a reverend. He was a man who had substantial knowledge on, and experience of, the domain of all things supernatural. Of his thoughts on the Nessie phenomenon, Reverend Omand said: "Each year I drive along most of the long, somewhat tedious, shore of Loch Ness in traveling from the Kyle of Lochalsh to Inverness, and never yet have I observed the monster."

We should not, however, interpret this to mean that Omand was a skeptic when it came to the Loch Ness creatures. In fact, quite the opposite is the case. He believed that one had to be at the loch at the right time to encounter one of the monsters. His reasoning was simple: the Nessies are supernatural entities that can only be encountered when the circumstances are conducive to an encounter.

Nineteen-seventy-four was a year in which Tim Dinsdale - one of the most famous of all Nessie seekers - made a notable, but carefully and tactfully worded, statement to Ted Holiday on the paranormal connections to the mystery of the Loch Ness beasts. As far as the monster-hunting community of the day was concerned, Dinsdale was firmly and forever in the flesh and blood category, when it came to the nature of the creatures of the loch. Many within that community are still of that opinion today, chiefly because they are unaware of what was going on behind the scenes. Privately, Disndale had a sneaking suspicion that something else was very possibly afoot. In April 1974 Dinsdale had some notable things to say to Ted Holiday. Dinsdale admitted to Holiday that he had crossed paths with what appeared to be a paranormal component to the mystery of the monsters of Loch Ness, but he remained baffled regarding how something of a supernatural nature could provoke such things as wakes in the water, photos, and sonar-recordings.

Add to all the above a handful of Loch Ness-based ghost stories, sightings of large "Alien Big Cats," more than a few UFO encounters, and even tales of time-travel, and what we have is a large body of water that is absolutely saturated in strange, paranormal phenomena. None of the above, of course, proves the Nessies have paranormal origins. What all of the above does show, though, is that looking at the Nessies as purely cryptozoological beasts doesn't hold water: the entire loch and its immediate surroundings have been swamped in definitive supernatural activity for centuries. And they still are.