New Sightings of a Monster in Siberia’s Lake Labynkyr

What would you call a legendary monster living in a frigid lake in Siberia? If you said “Nesski,” you’re clever but wrong. It’s called the Labynkyr Devil because it’s believed to live in the remote Lake Labynkyr in far eastern Siberia. Unlike Loch Ness, Lake Labynkyr is isolated from natives and tourists, but its mysterious physical characteristics have long attracted scientists and researchers who often get the added bonus of seeing signs of the Devil. The most recent one is Andrey Solovyev.

Two weeks ago when the ice was still not completely frozen some dark creature swam out of the lake - but I couldn't identify it. 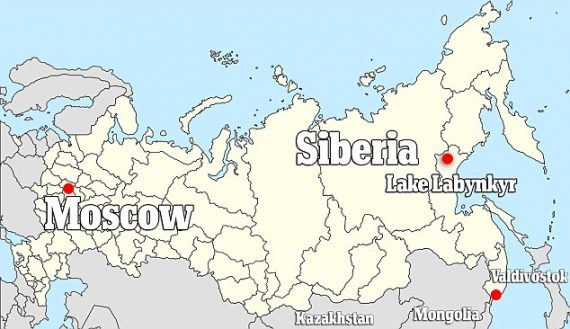 Solovyev is an adventurer living alone in a cabin on Lake Labynkyr for the sole purpose of proving the existence of the Labynkyr Devil. It’s lonely there but not freezing, which is one of the other mysteries of Labynkyr. While other nearby Siberian lakes freeze solid over the winter, Lake Labynkyr maintains a near-constant surface temperature of 36 degrees Fahrenheit (2 degrees Celsius), possibly due to an underground hot spring in this volcanic area. That allows Solovyev to fish year-round, except when the monster interferes.

Some strange things were happening here, like in September when I set very robust nets and they were torn to shreds, like I could never imagine. I saw huge - meters in diameter - holes on these nets. It definitely wasn't done by a fish, even a pike couldn't bite through this net.

Local folklore has many tales of a creature in Labynkyr and in nearby Lake Vorota, leading some to believe the lakes are connected underground. Scientific sightings date back to 1953 when Soviet geologist Viktor Tverdokhlebov and divers spotted remains of an unidentified marine creature he named “Labynkyrsky Chert” – the Labynkyr Devil – because he had no idea what else it could be.

There have been all sort of hypothesises about what kind of creature it could be: a giant pike, a relic reptile or an amphibia. We managed to find remains of jaws and skeleton of some animal.

Like Loch Ness, Lake Labynkyr has been searched with sonar. In 2012, Moscow State University biogeography professor Ludmila Emeliyanova claimed to have pinged something strange.

I can't say we literally found and touched something unusual there, but we did register with our echo-sounding device several seriously big, underwater objects, bigger than a fish, bigger than even a group of fish.

While many have speculated the Devil is about 10 meters (33 feet) long and could be an ichthyosaur, plesiosaur or even a marooned orca, there is no concrete proof of any creature hiding in the lake, whose average depth is 171 feet (52 meters) but has an underwater trench that sinks to 263 feet (80 meters), giving a monster a good place to lay low.

What is this creature that has lived in Siberian legends, been pinged by sonar, poked its head out long enough to be photographed and tore huge holes in Andrey Solovyev’s fishing nets? Let’s hope he keeps his camera handy for the next sighting of the Labynkyr Devil. 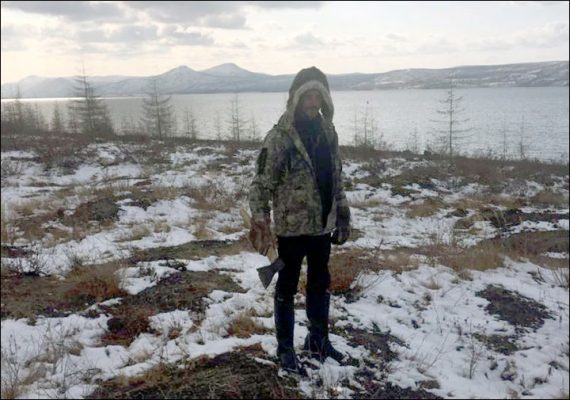