Then we glanced upstream, and we saw these dead fish bodies floating around, and there was an eel looking a bit sick, and I thought, 'oh, we've got a problem'.

When at least 100 salmon die mysteriously just moments after being released in a New Zealand river, it’s more than a “problem” – especially when young children are waiting downstream to catch them on the shore of a river that should be teeming with a wide variety of fish. Wildlife officials are baffled and looking a bit sick too.

The incident occurred on November 18th in the Opawa or Ōpaoa River in the Marlborough region of the South Island of New Zealand, which flows from the Wairau valley to Cook Strait at Cloudy Bay. According to reports, the local Fish and Game department was getting ready for the annual Marlborough Kids Fish Out two days later by releasing over 100 healthy salmon for the kids to catch.

Seconds after release, the fish began to look stressed and, within 15 minutes, they were all dead. Fish and Game field officer Vaughan Lynn described the scene.

It's quite distressing really. You get the kids all excited, and then the fish all die, and then you've got to clean them up, it's a shame. But what can you do?

What can you do? Figuring out what killed the fish would be a good first step. That proved to be a challenge to Fish and Game and freshwater ecologist Pete Hamill, who was sent in by the Marlborough District Council to run tests on the water. He found the oxygen level of the river to be at a dangerously low level of 15 percent. Anything below 80 percent will stress fish and 15 percent is fatal. The levels rose upstream, so the problem was at least isolated to one spot. But why?

Something has gone in there and sucked the oxygen out of the water. But what and when and how, we don't know.

Hamill is searching for answers, as are the 60 children who were hoping to catch some salmon and local residents who are now finding dead bully fish and eels – fish that are native to the river.

One thought is that the problem began not upstream from the river but downstream – specifically in Cloudy Bay. If that name sounds familiar, it was the center of the recent New Zealand earthquakes and the body of water where a seismic blast ship was spotted above a fault line before the quakes occurred. Did the earthquakes cause chemical spills that were carried to that particular spot in the Opawa River? An initial assessment found no evidence of a spill. Did the quake (or a seismic blast) release something else into the river? 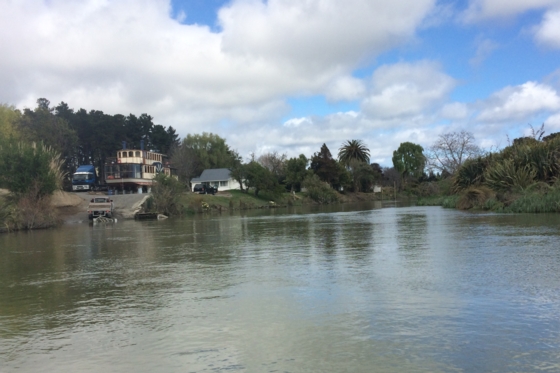 Neuroscientists Can Now ‘Erase’ Phobias From Your Brain