Ask a SETI astronomer about a science fiction movie and you’re bound to get an interesting review. Ask the astronomer what aliens visiting Earth will really look like and you’re bound to get an even more interesting answer. Center for SETI Research director Seth Shostak was asked both questions after seeing the current movie Arrival and said he enjoyed the movie but thinks alien life forms visiting our planet will be robots, not squid-like beings.

[Arrival’s] unconventional style is both understated and cerebral. This is not a shoot-‘em-up alien flick; rather, the makers have emphasized empathy and character development, an approach that may disappoint middle school boys, but is refreshing for the rest of us.

On the SETI website, Shostak reveals that the movie isn’t War of the Worlds or Independence Day because the aliens come in peace. He likes the idea that the focus is on communicating with the visitors, since that’s something he contemplates at SETI. However, he humorously disagrees with the depiction of the aliens as squid-like creatures.

I figure that, given their unthreatening behavior, they’re vulnerable to ending up as delicacies at Japanese restaurants.

OK, Shostak. What do YOU think alien space travelers whose signals you may have picked up and attempted to translate will look like?

… any society that invents radio, so we can hear them, within a few centuries, they’ve invented their successors. And I think that’s important, because the successors are machines.

It’s an interesting idea, especially when you look at it in terms of our own work today in prosthetics and exoskeletons. Is the next step a better exoskeleton or something else?

It’ll be like — you build a four-cylinder engine. You put it in a horse to get a faster horse. And pretty soon you say, ‘Look, let’s get rid of the horse part and just build a Maserati.

In fact, after a civilization builds the first set of replacements, the next set of improvements will come from the replacements themselves. 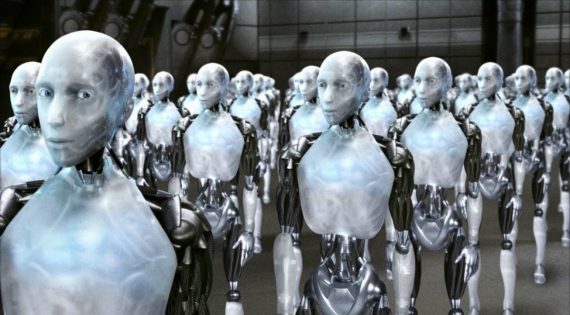 If alien civilizations have created their successors and they are highly advanced artificially-intelligent machines, then we shouldn’t be looking in the so-called “Goldilocks zones” of stars for planets with climates and water similar to Earth for signs of life. Instead, we should look for planets that have massive amounts of minerals for building the machines and equally massive amounts of resources to power them.

Is Shostak saying that SETI is looking for life in all the wrong places?

This is my message to you: We’re looking for analogues of ourselves, but I don’t know that that’s the majority of the intelligence in the universe. 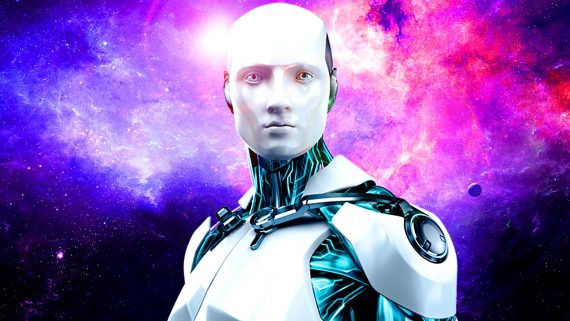