What is it with Peru and elongated heads, strange skulls and alien-looking mummies? The latest alleged alien artifact to surface in this country is a small elongated skull. Is it real or fake? If it’s real, who or what did it once belong to?

Photos and videos of the skull are blasting around the Internet. Most sites say it and other artifacts were found in a southern desert of Peru. That could be the Atacama Desert, the driest non-polar desert in the world, or the Nazca Desert, home of the famous Nazca lines. The elongated skull can fit in the palm of a hand and looks more like a sculpture than the remains of a living creature. 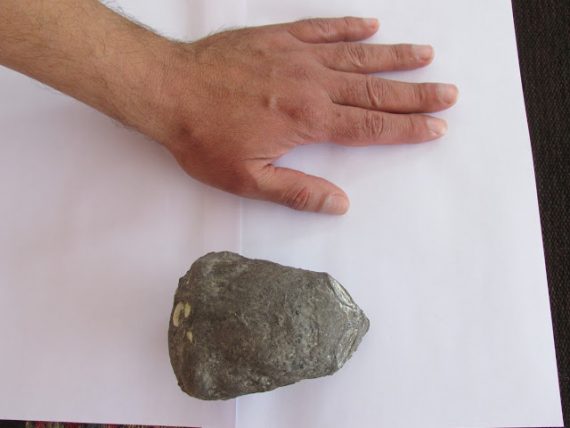 However, the description from an examiner states that it is covered with a dried skin-like material and the underside is some sort of bone substance, approximately 3 to 5 mm thick. The examiner also states that the caretaker of the skull removed part of the bone and exposed what was described as “marrow.” 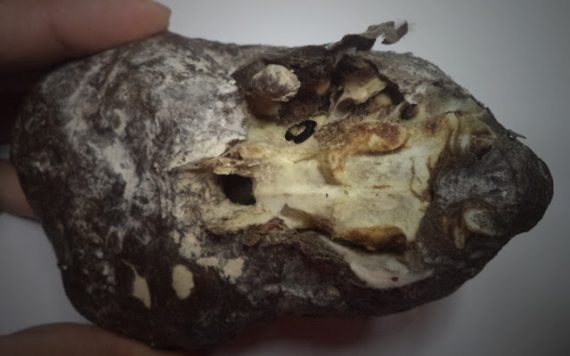 The examiner was Brien Foerster of Hidden Inca Tours and a leading expert on the elongated skulls of Peru and other countries. He seems to stay on top of these things, having also been involved in the DNA testing of Paracas skulls earlier this year which indicated that they may be from humans from Europe and Mesopotamia, meaning that human outsiders may have sailed to South America much earlier than previously thought.

Foerester has two different articles on his web site about this latest find. He’s evasive from the start – possibly to avoid looters – when he doesn’t tell where the skull was found but says “exact location to be given, hopefully, in the future.” It may be given eventually by Ancient Aliens, who Foerester has a close association with. Without identifying the ‘caretaker’, he indicates he believes the skull to be real because “the caretaker and those that presumably found it, along with other specimens, have no access to artisans or taxidermists that could have made them.” He’s an expert but that’s a weak endorsement. He also says that “the bone and skin can be sampled for DNA and radiocarbon testing in prominent laboratories in North America that we are working with already.” However, he doesn’t identify these “prominent” labs. 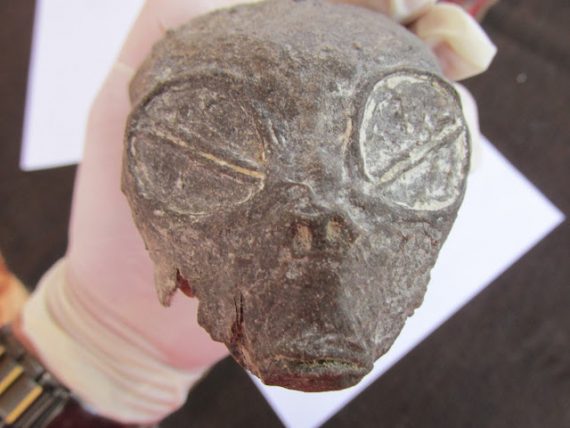 In the second article, he describes the eye sockets as “exceedingly shallow” and points out that skull has the appearance of a sculpture because the “skin” and the rest of the skull is covered with clay from the desert. He also says that, in addition to being DNA and carbon tested, the skull should be examined by a veterinarian. An elongated animal skull? Aliens have pets? Hmm.

Foerester also doesn’t say anything about the “other artifacts” allegedly found with the skull.

He’s an expert but it’s disconcerting that he’s so evasive. Should we give him the benefit of the doubt and wait for the promised DNA tests on the tiny elongated skull? What do you think it is?