The Ghosts of Loch Ness

St. Adomnán's Vita Columbae (in English, Life of Columba) is a fascinating chronicle of the life of St. Columba. He was a 6th century abbot, also of Ireland, who spent much of his life trying to convert the Iron Age Picts to Christianity. Like Adomnán, he was an abbot of Iona. In 563, Columba sailed to Scotland and two years later happened to visit Loch Ness – while traveling with a number of comrades to meet with King Brude of the Picts. It turned out to be an amazing and notable experience, as Vita Columbae most assuredly demonstrates. Adomnán began his story thus:

"...when the blessed man was staying for some days in the province of the Picts, he found it necessary to cross the river Ness; and, when he came to the bank thereof, he sees some of the inhabitants burying a poor unfortunate little fellow, whom, as those who were burying him themselves reported, some water monster [italics mine had a little before snatched at as he was swimming, and bitten with a most savage bite, and whose hapless corpse some men who came in a boat to give assistance, though too late, caught hold of by putting out hooks." 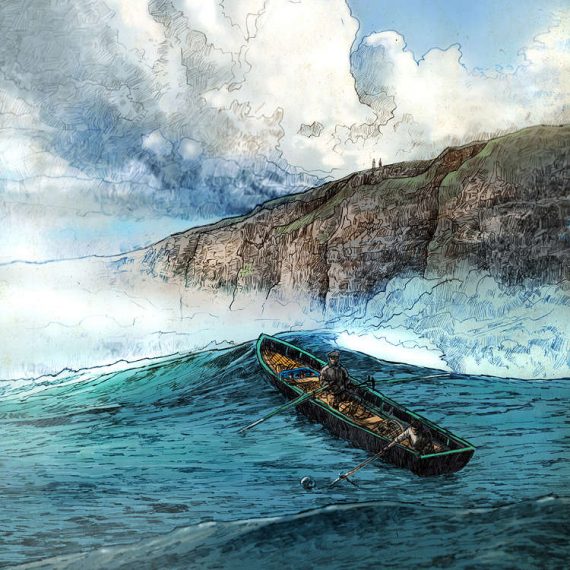 This event allegedly occurred at the River Ness, rather than in Loch Ness itself. It is, however, perceived by many Nessie-seekers as the earliest, on-the-record report of an encounter with one of the legendary beasts. Far less well-known, however, are the many and varied ghostly encounters reported at Loch Ness. None other than the ghostly form of St. Columba's ancient currach has been seen traveling on the expansive waters, and on more than a few occasions, too. Just two years into the 20th Century the supernatural currach was seen by one Finlay Frazer, a resident of Strathenick. Colin Campbell, the brother of Alex Campbell – a man who played a major role in the development of the Loch Ness Monster controversy - had a close encounter with the spectral craft during the Second World War. And a man named Thomas O'Connell saw its spectral shape in 1962, near Invermoriston.

Colin Campbell said of his extraordinary and eerie sighting that it was a dark night when, quite out of the blue, he saw at a distance of around ninety feet a stationary boat on Loch Ness. It was, however, no ordinary boat. It lacked any illumination itself, but was bathed in an eerie, mysterious, white-blue glow. Campbell was sure that what he saw was the spectral form of an ancient, primitive craft constructed millennia earlier. Moving on... 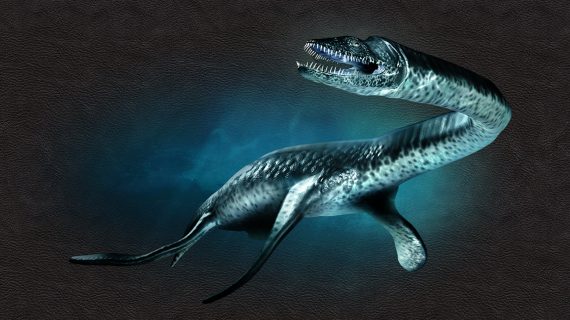 During the course of his investigations into the history of the US Government's remote-viewing/psychic-spying programs, Jim Marrs learned something incredible. Namely, that the RV team, at one point, focused their psychic skills on the Loch Ness Monster. In doing so they stumbled onto something amazing. Marrs said that over the course of a number of attempts to remote-view the Nessies, the team found evidence of what appeared to be physical creatures – ones that left wakes and which could be photographed and tracked. They even prepared drawings which suggested the Nessies might be plesiosaurs. But, there was something else, too: namely, the ability of the creatures to vanish – as in dematerialize. And how were they able to perform such incredible feats? The answer was a strange one: the RV team came to suspect the Nessies are the ghostly forms of long-dead plesiosaurs.

Military records show that on December 31, 1940, a Vickers Wellington aircraft - the brainchild of one Barnes Wallis, a man who created a revolutionary 'bouncing bomb' during the hostilities with Nazi scum - experienced problems with one of its engines during a turbulent snow storm, above Loch Ness. It was when the crew was over the Monadhliath Mountains - which are to the southeast of Loch Ness - that problems first began. They were problems which led Squadron-Leader Nigel Marwood-Elton to give a hasty order to jump ship, so to speak. Four crew-members quickly parachuted out of the plane. Tragically, one of them, the rear-gunner, a 20-year-old, Sergeant John Stanley Fensome, was killed when his parachute catastrophically wrapped itself around one of the wings of the doomed plane. Which brings us to yet another ghostly mystery. 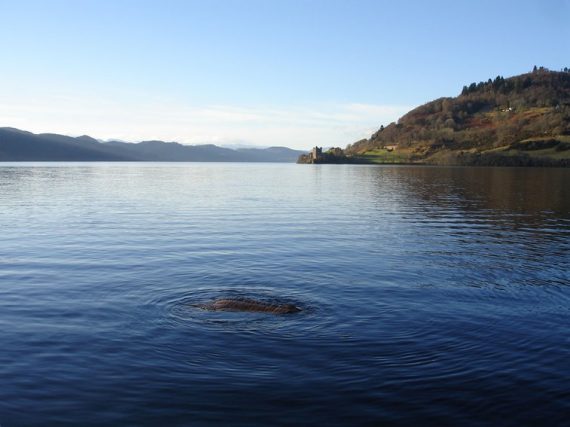 Peter Smithson told ghost-investigator, Bruce Barrymore Halpenny, of his encounter with a spectral airman at Loch Ness in 1978. Smithson said it was early one morning when he saw someone coming toward him – from the depths of Loch Ness. Smithson's reaction was to assume there had been some kind of accident. It was easy to understand why Smithson assumed that: the man before him was dressed in military clothing, and was dragging behind him a parachute. But, what baffled Smithson was the fact that the uniform the man was wearing was clearly out of date. It was far from modern-looking and far more befitted the era of the 1940s, when the world was engaged in trying to defeat the hordes of Adolf Hitler. The man slightly turned and pointed towards the waters of Loch Ness. And then vanished - as in literally.

And you thought Nessie was the weirdest thing at Loch Ness?!

Sasquatch: Finding the Boundary Between Legend and Fact