As a result of my recent article on the unfortunate possum with mange that got mistaken for a chupacabra (yes, really...), a couple of people contacted me, wanting to know how the controversy of the Chupacabra began in the first place. Well, it all goes as follows. Puerto Rico is a place that is as enchanting as it is mysterious. Located in the northeast Caribbean, it is comprised of the main island itself, plus the islands of Mona, Monito, Vieques, Caja De Muertos, Culebra, and a number of other, smaller bodies. Today, Puerto Rico has a population of close to four million people, while its land mass is of roughly 3,500 square miles.

It was in the mid-1990s that the phenomenon of the chupacabra exploded all across Puerto Rico. So far as can be determined, the menacing creature first surfaced in March 1995. That was when numerous animals - mainly goats - were found slaughtered in the towns of Morovis (located in central Puerto Rico) and Orocovis, which is situated within the aforementioned La Cordillera Central mountain range. Locals were plunged into states of near-hysteria by the attacks, which reportedly left animals dead, with strange marks on their necks, and a distinct lack of blood in their corpses. Since many of the early attacks were on goats, the term, "chupacabra," was created. It translates as "goat-sucker." 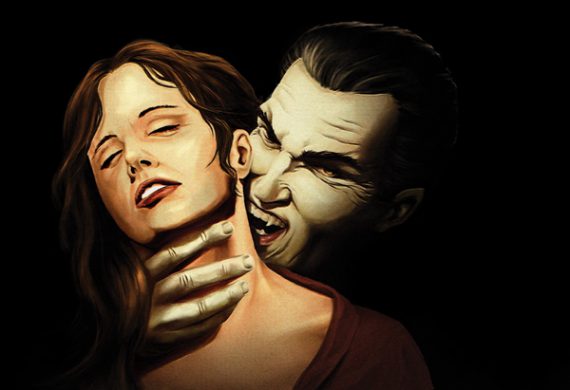 Vampires were on the loose, some claimed; monstrous vampires. Reports of strange killings soon began to surface from other parts of the island. The creatures were clearly on the move. The death-rate increased even more. The population was on edge and the media had something new and sensational to report on. It was a turbulent and strange time. But, what, exactly, was responsible for all the killings? Yes, there were plenty of dead animals but, unfortunately, there was no solid, eyewitness testimony relative to the killers themselves. That is, until August 1995, when a woman named Madelyne Tolentino - who lived in Canovanas, which is close to the northeast coast of Puerto Rico - changed everything. Tolentino's description of the creature she encountered, close to her mother's home, was disturbing, to say the very least. It was a description eagerly embraced by the island’s media and by investigators of monsters and mysteries.

Tolentino told journalists and researchers that the creature was around three feet in height, bipedal, ran in a weird, hopping fashion, had large black eyes, bony fingers on each hand, overly long arms and legs, and a kind of feathery line running down its back. Or, it appeared to Tolentino to be a feathery line: a young boy employed by Tolentino's husband claimed that he saw the beast up close and personal and maintained that the feathers were, in reality, sharp spines. The boy also said that the creature possessed a mouthful of vicious-looking fangs. Not only did the people know of the chupacabra and its predations, they also now knew what it looked like: something straight out of their worst nightmares. 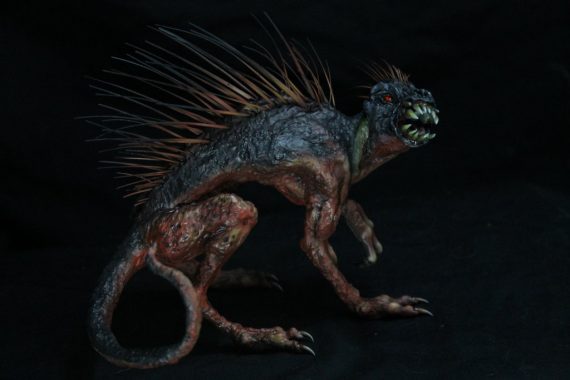 As the years progressed, so did the attacks. And what was, for a while, a mystery of purely Puerto Rican proportions, very soon became global. Within twelve months of the chupacabra surfacing in Puerto Rico it did likewise in Mexico. Then, as the 1990s came to a close, the focus was on Brazil: blood-drained farm animals were found strewn across Sorocaba, Sao Paulo. Just a few months later, Chile was hit hard by the beast, which reportedly killed not dozens, but hundreds of animals. Texas became a favorite haunt of the chupacabra in 2004. Even Russia got in on the act in the 2000s. The chupacabra was no longer just a mystery. It was a veritable planetary phenomenon.

But, what is the truth of the creatures? Are we really dealing with a deadly group of blood-sucking monsters, ones that have now spread across the world, killing and violating as they see fit? Could the answers be found in the domains of the occult, the paranormal, and the supernatural? Are the animals the results of top secret, genetic experiments? Is it possible that pollution and subsequent mutation play roles in the story? Is the phenomenon purely mythological? Might there actually be multiple explanations for what’s going down? They, and many more, are questions that I have pondered on deeply. I have also done my utmost to answer them.

There is no doubt, at all, that the Texas Chupacabras are coyotes - albeit with what may be bizarre, genetic mutations. But, they are still coyotes (aside from when they are occasionally wild dogs, raccoons or possums - and even porcupines, as has happened). As for the Puerto Rican original, depending on who you ask it either remains a beast of unknown origins, the product of mistaken identity, the result of hysteria, the work of hoaxers - or maybe a bit of everything, even. That was the history. As for the future? It's a case of wait and see.