The UFO-Drone Issue: Ours Or Theirs?

Back in 2012 I wrote an article for Mysterious Universe titled "UFOs of the Mini Kind" (you can find it here). As you can guess from its title, the article was focused on reports of UFOs of small sizes. As in very small. This particular issue cropped up last weekend when I was lecturing at the Night Siege conference in North Carolina. One of the attendees asked me if the proliferation of widely available drones, in recent years, has impacted on the UFO subject. It's a good question. I said that there is little doubt that most people, today, are quite familiar with drones. Of course, I added, that doesn't mean that fairly compact drones haven't been mistaken for UFOs. In fact, I strongly suspect that they have - and probably on quite a few occasions. But, what particularly interests me are incidents involving approximately drone-size UFOs that occurred years - or even decades - before the drone phenomenon took off, as in literally.

The man who posed the question had a very good reason for bringing up the issue of mini-UFOs. In January 2015, he and a group of friends, heading out to an Asheville, North Carolina bar around 8:00 p.m., found themselves shadowed practically the entire way by what was described as a small circle of light, around the size of a soccer ball, and which seemed to have a "solid center." The light/object consistently stayed around three-feet from the driver's-side window, until it finally vanished by making a sharp turn. The group, although not terrified, was certainly rattled by the experience. Such cases abound. 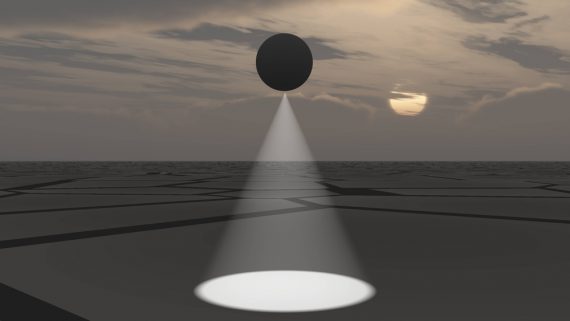 Thanks to the provisions of the US Freedom of Information Act, we have the following, written up in military files in August 1947 and shared, at the time, with the FBI. The documentation states: "This is to advise that two army officers reported to the Office of the Director of Intelligence Headquarters Alaskan Department, at Fort Richardson, Alaska, that they had witnesses an object passing through the air at a tremendous rate of speed which could not be judged as to miles per hour. The object appeared to be shaped like a sphere and did not give the impression of being saucer-like or comparable to a disk. The first officer stated that it would be impossible to give minute details concerning the object, but that it appeared to be approximately two or three feet in diameter and did not leave any vapor trail in the sky."

Janice Parkinson is a woman who encountered a small UFO – around three-feet in diameter – in Marlborough, Wiltshire, England in 1977. She was walking through nearby woods with her dog early one morning when she heard a loud buzzing noise that quickly filled her ears – and clearly those of her dog, too. Puzzled, she looked around, but it was all to no avail – at least, for around two minutes. Then, everything became amazingly clear. As if out of nowhere, a very small flying saucer appeared before her, hovering at a height of around four feet off the ground, in a small clearing in the trees. It was circular in shape, silver in color, and had a red band around its middle. It hot away into the skies, not to be seen again. 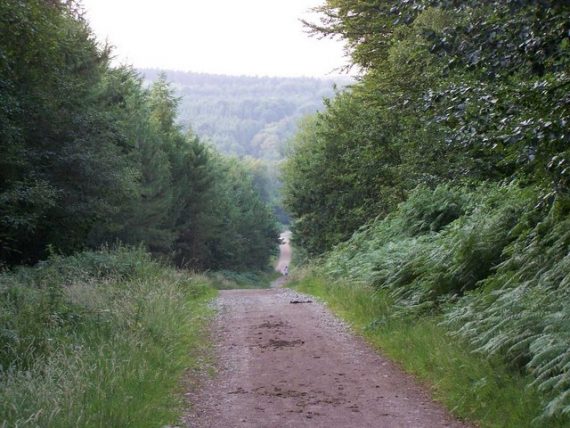 Rob Freeman is someone who, in 1999, had a very weird encounter in Staffordshire, England's Cannock Chase woods - a large area of forest noted for being a magnet for strange activity, including sightings of UFOs, strange creatures, and a multitude of other, unusual phenomena. Freeman, while taking a long walk in the woods, came across a strange, small ball of metal sitting on a trio of metal legs. The ball was around the size of an average beach-ball, while the legs were about two-feet in length.

Somewhat perplexed, Freeman stared at the weird contraption – wondering what on Earth it was. He admitted, however, that its flying saucer-like shape almost immediately had him thinking it was some sort of vehicle, despite its small size. His suspicions were not wrong. In mere seconds after Freeman encountered the curious object, it rose into the sky, and was quickly out of sight. Despite contacting the local police and also a nearby military base – in an effort to try and determine if the object was something of theirs - Freeman hit a brick wall. For him, at least, the matter was never resolved.

As our technology develops, the chances are that the lines will become more and more blurry when it comes to the issue of what may be a genuine UFO and what may actually be a sophisticated drone or surveillance craft of the military or of law-enforcement. But, can drones and compact craft of the military explain the three-foot-diameter object seen way back in Alaska in 1947, in Wiltshire, England in 1977, and in the Cannock Chase woods in 1999? On the one hand, some might say that drones weren't around back then. My response to that would be: how do you know? On this latter issue, it's worth noting that the plans to build the F117 "Nighthawk" stealth-fighter were initiated on November 1, 1978. Test flights began as early 1981. It reached operational stage in 1983. Its existence was consistently denied by the US military until 1988. Just because drones, and compact craft of a strange design, are relatively new to us - the public - it doesn't mean they are new to everyone. Their history may be longer than you, me, and most people might think. In that sense, the drone connection to the UFO phenomenon may be far more significant than we might think.

Controversy Over Who Pays For Bigfoot Research at College