The election of Donald Trump was a wake-up call from many people and movements. One of those movements was the call to open the secret government files on UFO visits and alien encounters. The champion of this disclosure was John Podesta, who was Hillary Clinton’s campaign manager – the man who famously said he regretted not doing more to disclose the files when he was chief of staff for President Bill Clinton. Has the movement and disclosure gone down in defeat with Clinton and Podesta? Maybe not.

Stephen Basset, the executive director of the Paradigm Research Group (PRG) and the so-called “only registered UFO and alien disclosure lobbyist” in Washington, claims that President Obama may open the files as one of his last acts before leaving office.

Persons who are directly involved in the management of the extraterrestrial issues want disclosure to take place under President Obama and are ready to work with the SecDef (Secretary of Defence) if approached.

Those “persons” include an anonymous whistle-blower “within the military/intelligence community” who allegedly contacted PRG by email two days after the election to reveal the new openness to declassification of the files by the Obama administration.

Basset says in a press release that this declassification must be driven by both of the Clintons to occur before President-elect Trump’s inauguration – preferably by January 6th.

The Clintons now have a choice to make of historic proportions. Should they immediately take interviews with top journalists and discuss in greater detail what they know about the ET issue and what transpired during the Rockefeller Initiative from 1993-1996, the resulting media storm will force the Pentagon and the White House to reach the necessary understanding allowing Barack Obama to be the Disclosure president. Or should they remain silent and allow the truth embargo to continue on into the next administration.

By opening the files two weeks before Trump’s inauguration, PRG asserts that the nation will have time to absorb the predicted shocking revelations before the transition to a new president – a plan that would allow him to speak about it in his Inaugural Address. 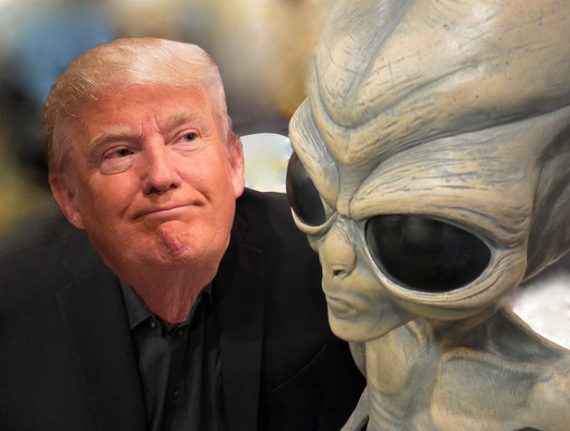 Speak about what? Basset won’t say, but he echoes the style of the incoming president by hinting that it will be huge.

This [UFO Disclosure] will be a reality this year and across the front pages of newspapers across the world. The most significant news story that has ever been broken.

Would this news be big enough to affect the transition of power? Psychic Baba Vanya – who allegedly predicted the election of Barack Obama – also predicted that Obama would be the last president. Would the disclosure cause such chaos that the only solution would be to keep him in office to maintain order? Will it allow Hillary Clinton to deny Donald Trump the presidency in a way not involving an election or the Electoral College?