Merriam-Webster defines eschatology as "a branch of theology concerned with the final events in the history of the world or of humankind," and as "a belief concerning death, the end of the world, or the ultimate destiny of humankind; specifically: any of various Christian doctrines concerning the Second Coming, the resurrection of the dead, or the Last Judgment." In 1991, a Lincoln, Nebraska priest named Ray Boeche met with a pair of Department of Defense physicists. They were working on a top secret program to contact – and even make deals with – allegedly demonic things they termed Non-Human Entities, or NHEs, and which presented themselves as ETs. Boeche's is a very strange, eschatology-driven, story that is told in my book, Final Events.

Boeche's informants had their own views on not just what these entities were/are - namely demons masquerading as aliens - but also on what they thought might be looming large. Much of it was of an eschatological nature. Boeche says of his DoD sources: "They didn't just think that this was a spiritual deception, but that it was possibly something leading to a final deception. In their view – which, theologically, I don't particularly hold – they viewed things much more like that of [Tim] LaHaye and [Jerry B.] Jenkins in the Left Behind book-series: the Antichrist will appear, then we are fooled, and Armageddon will then be triggered. That seemed to be their personal feeling about the whole scenario."

Boeche has his own position on all this: "I tend to take the view," he told me, in a recorded interview in 2007, "that many of the prophecies in the Book of Revelation were fulfilled with Rome's destruction of Jerusalem. Orthodox Christianity teaches a physical return of Christ, but that is always considered to be the church’s great hope: Christ's returning, a triumphant return. So, from that point of view, the Left Behind mentality – that Armageddon is a terrible thing and that you want to push it off as long as possible – to me doesn't really hold, at least in the historical sense." 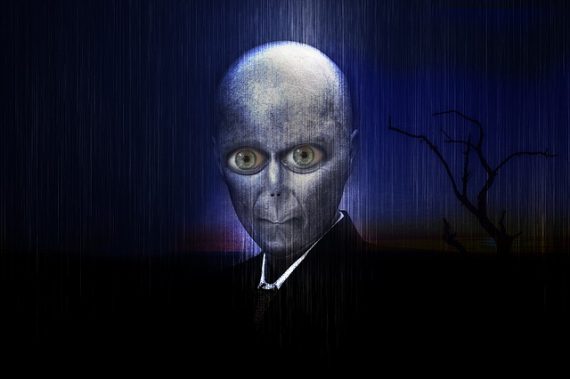 He continues: "Christ's eventual return is the culmination of this age and this world, so it's not something to fear. It's something to be welcomed. But, it was viewed by the DoD like that, as a final battle scenario. Their other big fear in the whole thing was: if you have these types of entities who will present themselves as extraterrestrial beings, how is that going to affect the spiritual outlook of the people? Will it sway people from a belief in Christ? Would it have that sort of a spiritual effect?"

And then there is Dan T. Smith, whose father was Harvard economist Dan Throop Smith, the Treasury Department's number-one tax advisor during the Eisenhower administration. Researcher Gary Bekkum said of Dan T. Smith: "His personal meetings have included former and present representatives of the U.S. Government intelligence community and their political associates, like Chris Straub, a former member of the Senate Select Committee on Intelligence."

Researcher Vince Johnson, who had the opportunity to speak with Smith about his ufological views and insider contacts, stated: "According to Smith, UFOs are primarily a psychological/metaphysical phenomenon which are both preparing us and pressuring us to develop our own psi abilities. Not that UFOs are a single type of entity; Smith asserts that there are 'powers and principalities' at work – presumably supernatural entities like angels and demons."

Johnson added: "[Smith] reported that his governmental sources 'hinted at' an eschatological emergency...When I asked why the CIA was interested in eschatology, he replied that the ramifications of the eschaton event represented a serious threat to national security, and thus, fell into the purview of the intelligence agencies. Smith also revealed that the eschatological issues he raised related directly to the biblical prophecies of the Book of Revelation." 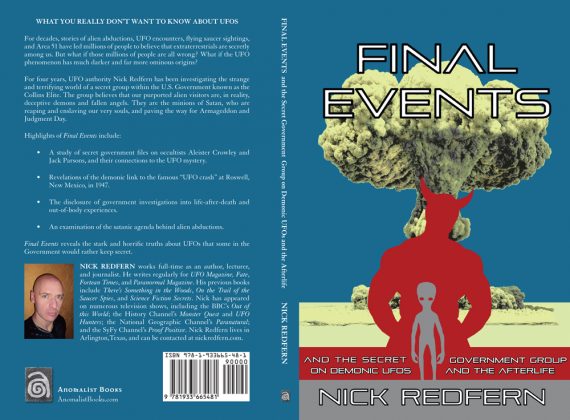 Where do I stand on all this? Well, as I noted in Final Events, the story of the representatives of the group that Ray Boeche met with amounted to their personal beliefs. Beliefs, however, are not facts. This is why, in Final Events - and in just about every radio interview I have taken part in on the book - I have distanced myself from endorsing the "aliens are really demons" scenario. Simply because it lacks evidence and is reliant on belief - and belief alone - to support it. But, do I think the UFO phenomenon is unlikely to be extraterrestrial? Yes, I do. Is it deceptive and manipulative? Yes. But, that doesn't mean the entities in question are the hellish minions of the Devil. All that this story tells us is that quite a few people in the military, government and the intelligence community do firmly believe that the UFO phenomenon is demonic. In fact, I can say for sure that is the case, as I met, between 2007 and 2009, with certain characters who worked with Boeche's sources. Eschatology was rarely ever far from their minds.

We often hear that "the end is nigh," but it never comes. At least, not yet it hasn't. Are there people in officialdom preparing for - or fearful of - what they believe will be an eschatological event? Yes, there are. But, how much of that preparation and fear is based around verifiable fact, and how much revolves around belief, is quite another matter.