Not all UFOs are of the Flying Saucer or the large Flying Triangle variety. Some of them are small and missile-shaped. Consider, for example, the following declassified report of October 17, 1947. It describes the crash of an unidentified missile in the same month. In 2001, the document (and related paperwork) was examined by me and UFO researcher Ryan Wood at the National Archives and Records Administration, Maryland. Written by a Mr. Roddy, for the Director of Research & Development Office, Deputy Chief of Staff, the document states: "Investigation of the unknown missile which landed near Guadeloupe on 11 October 1947 has failed, so far, to identify it as a V-2, GAPA or other type of guided missile. Careful check by USAF, Ordnance, and Navy indicates that no missiles were fired from Alamogordo Special Range or White Sands Proving Ground on 12 October 1947. Army Ground Forces has eliminated possibility of an anti-aircraft target having gone astray."

The document continues: "Negotiations with the Mexican Government for the Long Range Proving Ground for guided missiles, which have been started through the State Department, may be jeopardized if Mexico is dissatisfied with the investigation. It is understood that newspaper statements that fragments of a V-2 have been identified are disturbing the Mexican Government."

Despite the V-2 references, and despite extensive checks with military bases in the southwest United States, nothing was found to be missing. At all. The case remained a mystery - as did the nature and origin of the missile. 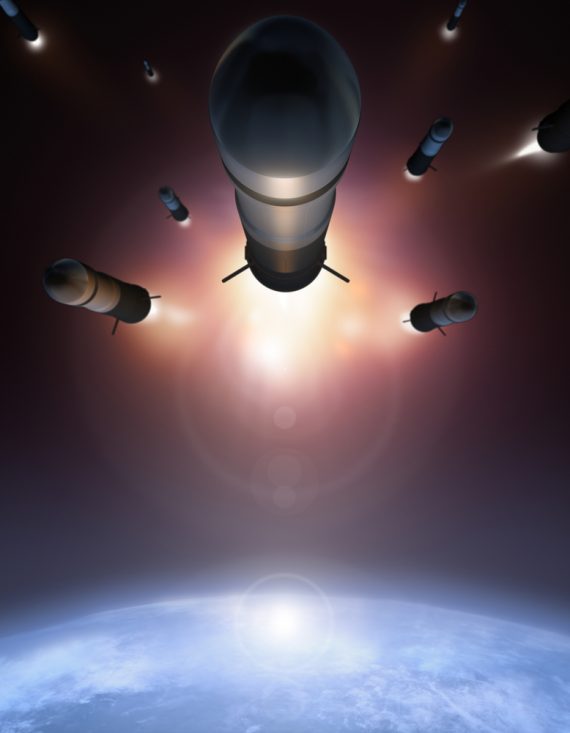 On July 11, the US Embassy in Stockholm, Sweden, prepared a secret memo that, in part, reads as follows: "For some weeks there have been numerous reports of strange rocket-like missiles being seen in Swedish and Finnish skies. During [the] past few days reports of such objects being seen have greatly increased...Military Attaché is investigating through Swedish channels and has been promised results of Swedish observations. Swedes profess ignorance as to origin character or purpose of missiles but state definitely they are not launched by Swedes."

In September 1987, the Connolly family of Ireland reported to the local police that while strolling through green hills they caught sight of what they described as "a ten foot [long] missile" flying around seventy feet from them, and at an extremely slow speed. The report was taken very seriously, but not a single answer was forthcoming. The military were not missing any sophisticated aircraft. It didn't sound like what, today, we would call a typical drone. And no-one else saw the strange craft, and nothing untoward came of the sighting. The mystery remained a mystery. 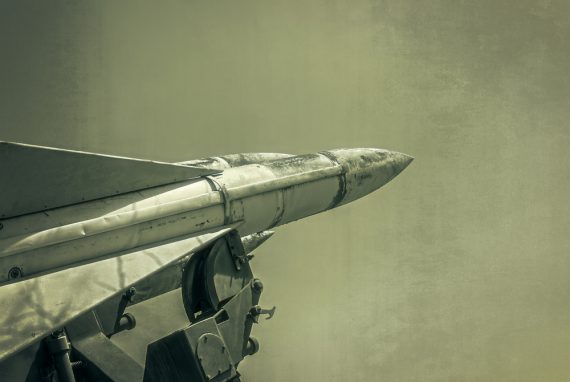 Moving ahead, on April 21, 1991, the term "close encounter" took on an altogether more significant meaning for the crew and passengers of a London, England-bound airliner. At around 9:00 p.m., Captain Achille Zaghetti – who was piloting a McDonnell MD-80 aircraft – was amazed to see a missile-like unidentified flying object pass his aircraft as it flew over the English county of Kent, at a height of more than 22,000 feet. As the UFO was no more than 1,000 feet above the airliner, and the incident was therefore classified as a "near miss," an official inquiry was launched by the Civil Aviation Authority. Approximately two weeks later, the CAA issued a statement to the media that read as follows: "The pilot said the object was light brown, round, 3 meters long, and did not describe any means of propulsion." The matter was not resolved.

Such things are still being seen: on September 29, 2015, and While on vacation in North Carolina, Englishwoman Dawn Todd saw what she described as a "rocket" flying near-impossibly slowly across the Brown Mountains. Even though the rocket-like thing made absolutely no noise at all, Todd felt suddenly, and eerily, compelled to look up. On doing so she saw the object – somewhere in the region of twenty-feet in length – directly above her. She described it as being like a "telephone pole on its side," and said that it was in sight for twenty or so seconds, after which it shot away at high speed and vanished into the distance.

Secret craft of the military? Genuine missiles gone off-course? Or something from somewhere else? The questions remain unanswered.

The Mystery of Bigfoot’s Big Feet