Thinking about getting a head transplant? Would you like to find out what it’s like before taking the plunge? Luckily, there’s an app for that. Actually, it’s more than an app - it’s a virtual reality world designed to prepare the world’s first head transplant patient for his new body … or head, depending on your perspective.

Italian neurosurgeon Sergio Canavero is the go-to guy when it comes to head transplants and he worked with the US firm Inventum Bioengineering Technologies to develop this virtual reality system for Valery Spiridonov, a Russian man with a genetic muscle-wasting disease who has agreed to be Canavero’s first patient. The operation is tentatively scheduled for December 2017, so Spiridakou has just over a year to prepare for the psychological challenge of life in a new body. 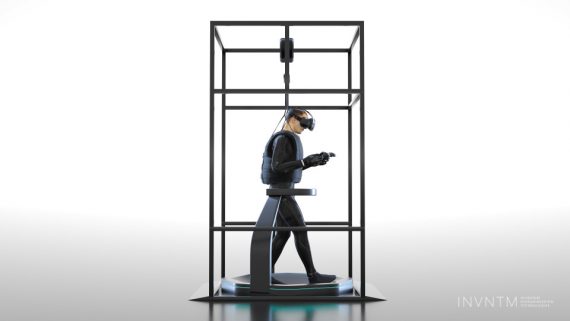 In preparing the patient of Heaven (Head Anastomosis Venture) to transition into a new body, virtual reality training will be used before the surgical procedure to prevent the occurrence of unexpected psychological reactions.

Unveiled just last week, the physical part of the VR system is a harness that holds the patient in a standing position to get used to the sensation and perspective. While wearing a VR headset, the harness and hand controls will help the patient will simulate body movements. Patient Spiridonov is also a computer scientist, so he’s expected to be involved in both the testing and refining of the system.

Along with the virtual reality system, Dr. Canavero displayed for the first time the diamond scalpel that will allow him to separate the heads of patient and donor from their bodies with minimum damage to their nerve tissue. According to engineer Farid Amirouche of the University of Illinois who helped design the knife, it will allow Canavero to control cuts down to one micrometer (one millionth of a meter).

Once the pieces are separated, Dr. Canavero will connect the head, nerves and blood vessels of Valery Spiridonov to the donor body. If all goes well, that year of VR training will potentially allow Spiridonov to do the things he couldn’t do with his old body.

It’s a long way from virtual reality to reality when it comes to performing surgery that’s never been done before on humans (Canavero helped perform the surgery on a monkey in January, but just to connect the arteries) and Canavero obviously has numerous critics. They haven’t stopped him yet.

To all the critics I say go and see what happens when you're affected by a wasting disorder...trade places with (Mr Spiridonov) and then you tell me. That's my counter criticism for the critics.

Is that enough of a justification for YOU?

Robots to Cut Millions of Jobs and Force Universal Income