2,000-Year-Old Lead Tablets May Have First Mention of Jesus

Historical records of Jesus are scarce and difficult to verify. A set of lead tablets or allegedly found in a cave in Jordan around 2008 mention Jesus and his disciples and appear to contain a portrait. A recent test of the bound tablets or codex has been completed and put their age at about 2000 years old. If that’s true, it would make these lead pages the oldest known documents to refer to Jesus. Are they real?

The story of the lead tablets, bound with rings, starts with an Israeli Bedouin named Hassan Saeda who either discovered them in a Jordanian cave after a flood or received them from his great-grandfather who found them under the same circumstances. The cave was reportedly in a part of Jordan where Christians fled after the fall of Jerusalem in 70 CE. 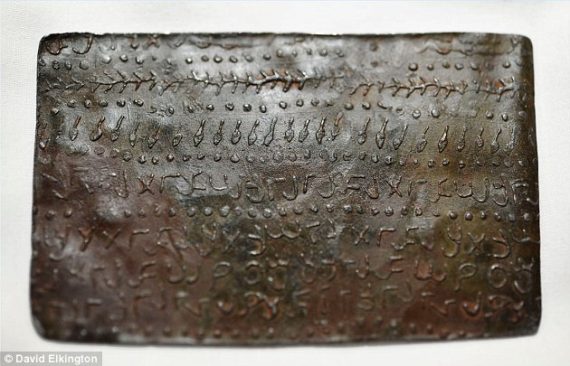 The writing on the tablets is Paleo-Hebrew, a variation of the 22-letter (all consonants) Phoenician alphabet that was used from the 10th century BCE to around 135 CE. The pages are covered in eight-pointed stars or octagrams, a common symbol of new beginnings, and mention the name Jesus as well as James, Peter and John – the names of three apostles.

Nothing controversial so far. 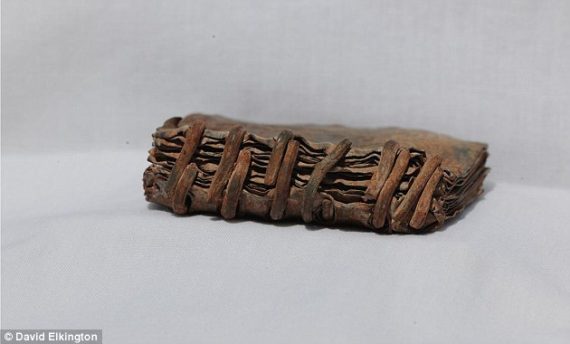 That changed when the discovery was finally announced to the public in 2011 and it was also revealed that the tablets suggested Jesus was not starting a new religion but instead restoring the old religion of King David that included worship in Solomon’s Temple of a God who was both male and female. From that point on, authors David and Jennifer Elkington – who were involved with making the pages of the codex public – have been working to protect and authenticate them. 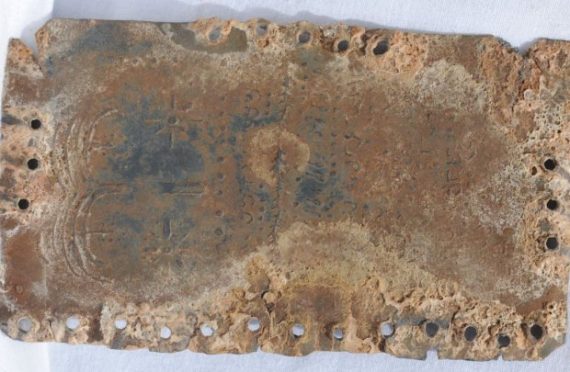 Recently, samples were given to Professor Roger Webb and Professor Chris Jeynes at the University of Surrey’s Nodus Laboratory at the Ion Beam Centre. Using metallurgical analysis, they attempted to determine the age of the lead tablets and announced their findings in a press release.

[The lead] does not show the radioactivity arising from polonium that is typically seen in modern lead samples, indicating that the lead of the codex was smelted over one hundred years ago.

While there may be variations in decay and corrosion that depend upon the environmental conditions in which the objects were stored or hidden, there is a strong underlying theme of decay from within the metal. It is oxidising and breaking down at atomic level to revert to its natural state. This is not witnessed in lead objects that are several centuries old and is not possible to produce by artificial acceleration (e.g. through heating). This provides very strong evidence that the objects are of great age, consistent with the studies of the text and designs that suggest an age of around 2000 years.

And there’s your “Aha!” moment.

The tests prove that the lead tablets are about 2000 years old. Reading them proves they mention the name of Jesus, making them a 2000-year-old document that mentions Jesus - probably the oldest ever discovered. Proving the authenticity of the rest of the historical references on them will take a lot more work, especially since they indicate Jesus was continuing a Judeo tradition, not creating a Christian religion. And don’t forget the reference to God as both man and woman. It will be difficult (as the Elkingtons have found) to get an unbiased, non-religious, historical analysis of that.

What else is new?

Builder of Flying Saucer Yacht Claims It Will Fly One Day