Richard Freeman, formerly a head-keeper at England’s Twycross Zoo, says: “An English ex-pat that gathered information on a supposed horned giant animal said to lurk in Lake Bangweulu [which is situated in the upper Congo River basin in Zambia], J.E. Hughes was born in Derbyshire in 1876 and attended Cambridge. The British South Africa Company offered him a job as assistant native commissioner in the newly formed civil service of north-east Rhodesia. After seven years of service Hughes resigned and became a hunter/trader. He lived for the next eighteen years on the Mbawala islands on Lake Bangweulu. He recorded his life in a book, Eighteen years on Lake Bangweulu, in which he writes of the monster.”

Having digested Freeman’s words, let’s now turn our attention to Hughes himself and his extraordinary story of a rampaging monster: “For many years now there has been a persistent rumor that a huge prehistoric animal was to be found in the waters of our Lake Bangweulu. Certainly the natives talk about such a beast and ‘Chipekwe’ or ‘Chimpekwe,’ is the name by which they call it. I find it is a fact that Herr Hagenbeck sent up an expedition in search of this animal, but none of them ever reached the Luapula, owing to fever, etc; they had come at the wrong time of year for newcomers.

“Mr. H. Croad, the retired magistrate, is inclined to think there is something to the legend. He told me one night, camped at the edge of a very deep small lake, he heard a tremendous splashing during the night, and in the morning found a spoor on the bank- not that of any animal he knew, and he knows them all. Another bit of evidence about it is the story Kanyeshia, son of Mieri-Mieri, the Waushi Paramount Chief, told me. His grandfather had said that he could remember one of these animals being killed in the Luapula in deep water below the Lubwe. 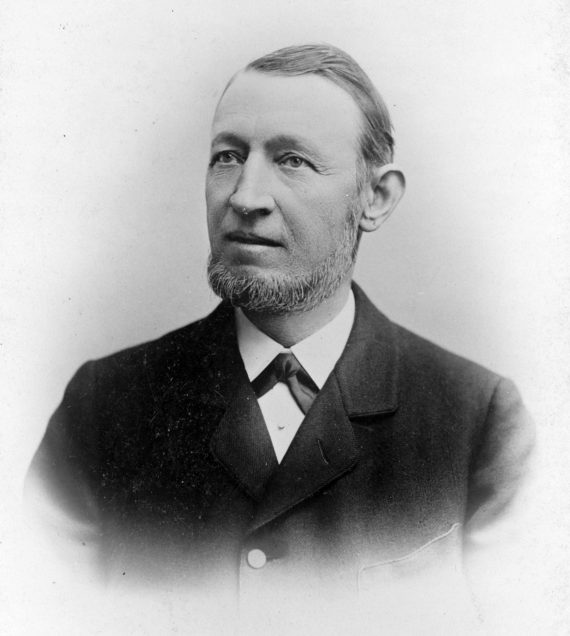 “A good description of the hunt has been handed down by tradition. It took many of their best hunters the whole day spearing it with their ‘Viwingo’ harpoons - the same as they use for the hippo. It is described as having a smooth dark body, without bristles, and armed with a single smooth white horn fixed like the horn of a rhinoceros, but composed of smooth white ivory, very highly polished. It is a pity they did not keep it, as I would have given them anything they liked for it. I noticed in Carl Hagenbeck’s book Beasts and Men, abridged edition, 1909, p.96, that the Chipekwe has been illustrated in bushman paintings. This is a very interesting point, which seems to confirm the native legend of the existence of such a beast.

“Lake Young is named on the map after its discoverer, Mr. Robert Young, formerly N.C in charge of Chinsali. The native name of the lake is ‘Shiwangandu.’ When exploring this part in the earliest days of the Administration, he took a shot at an object in some floating sudd that looked like a duck; it dived and went away, leaving a wake like a screw steamer. This lake is drained by the Manshya River, which runs into the Chambezi. The lake itself is just half-way between Mipka and Chinsale Station.

“Mr. Young told me that the natives once pulled their canoes up the Manshya into this lake. There were a party of men, women, and children out on a hippo-harpooning expedition. The natives claimed that the Guardian Spirit of the lake objected to this and showed his anger by upsetting and destroying all the men and canoes. The women and children who had remained on the shore all saw this take place. Not a single man returned and the women and children returned alone to the Chambezie. He further said that never since has a canoe been seen on Lake Young. It is true I never saw one there myself. Young thinks the Chipekwe is still surviving there. 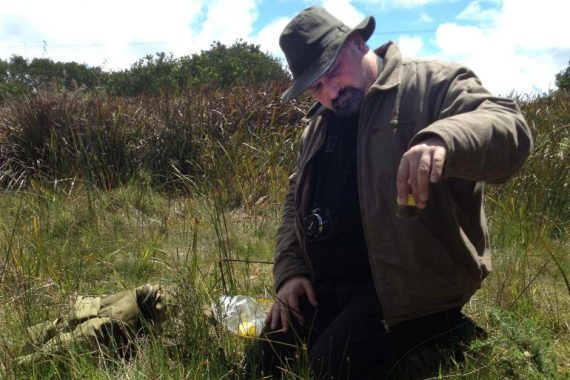 “Another bit of hearsay evidence was given me by Mr. Croad. This was told to him by Mr. R. M. Green, who many years ago built his lonely hermitage on our Lulimala in the Ilala country about 1906. Green said that the natives reported a hippo killed by a Chipekwe in the Lukula- the next river. The throat was torn out. I have been to the Lukulu many times and explored it from its source via the Lavusi Mountain to where it loses its self in the reeds of the big swamp, without finding the slightest sign of any such survival of prehistoric ages.

Hughes concluded: “When I first heard about this animal, I circulated the news that I would give a reward of either £5 or a bale of cloth in return for any evidence, such as a bone, a horn, a scrap of hide, of a spoor, that such an animal might possibly exist. For about fifteen years I had native buyers traversing every waterway and picking up other skins for me. No trace of the Chipekwe was ever produced; the reward is still unclaimed. “My own theory is that such an animal did really exist, but is now extinct. Probably disappearing when the Luapula cut its way to a lower level- thus reducing the level of the previously existing big lake, which is shown by the pebbled foothills of the far distant mountains.”

It’s well worth noting Richard Freeman’s comments on this affair, given his extensive knowledge in the fields both zoology and cryptozoology: “Perhaps, if we are to believe Mr. Young’s tale the creature’s ferocity kept it from being hunted very often. A picture is emerging of a huge, dangerous, semi-aquatic animal with a single horn and an antipathy towards hippos. Many have come to the conclusion that these are Ceratopsian dinosaurs. These were a sub-order of Ornithischia (bird hipped dinosaurs) and contained such well known horned dinosaurs as Triceratops and Styracosaurus. They were all herbivores and were typified by bearing horns and a bony frill like an Elizabethan ruff that grew from the rear of the skull to protect the animal’s neck. The number of horns varied between the species, some such as Monoclonius bore only one horn on the snout. There are two main stumbling blocks with the dinosaur theory. First and foremost there is no fossil evidence for any species of non-avian dinosaur surviving beyond the Cretaceous period (which ended 65 million years ago). Secondly there is no indication of any species of being aquatic, let alone Ceratopsians. So we need to look elsewhere for this beast’s identity.” 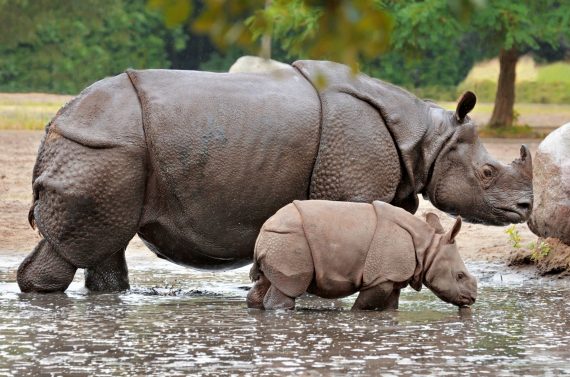 Freeman believes that the beast may have been some form of gigantic, aquatic rhinoceros. He says: “The idea of a water dwelling rhino may seem strange but the great Indian rhino (Rhinoceros unicornis) spends almost as much time in water as a hippopotamus. It feeds mainly on lush water plants such as reeds and water lilies. The Indian rhino also bares only one horn much like the Emela-ntouka and unlike the two savannah dwelling African species who both bare two horns.”

Freeman adds, in conclusion: “One group of rhinos, the Amynodontids, specialized in an aquatic lifestyle. These flourished in the Oligocene epoch 38 to 25 million years ago finally dying out around 10 million years ago. Could one species have survived into the present? This is by no means impossible but it is perhaps more likely that our unknown giant is a modern species that has avoided detection, rather than a prehistoric survivor.”