A Terrible Winged Thing in Nebraska

Sometimes, a monster is described as being so incredibly strange that one can do very little beyond relate the facts – chiefly because the available facts are so bizarre and near-unfathomable. And particularly so when it comes to the issue of what they might represent. A perfect example of just such a uniquely weird case dates back to the 1950s. In terms of the location, it was in the vicinity of Falls City, Richardson County, Nebraska.

As for the witness, we know him only as “John Hanks,” an admitted pseudonym that the man in question chose to use to protect his real identity. When you read the details of his experience, you will undoubtedly realize why the man was so very determined to protect his real name from prying, inquiring eyes and ears. It’s a case that was carefully investigated by several investigators, including Ray Boeche and one of the world’s foremost experts on bizarre, flying beasts, Ken Gerhard. Even Ken, for all the cases of flying anomalies he has studied, finds the entire affair baffling – which is saying something! 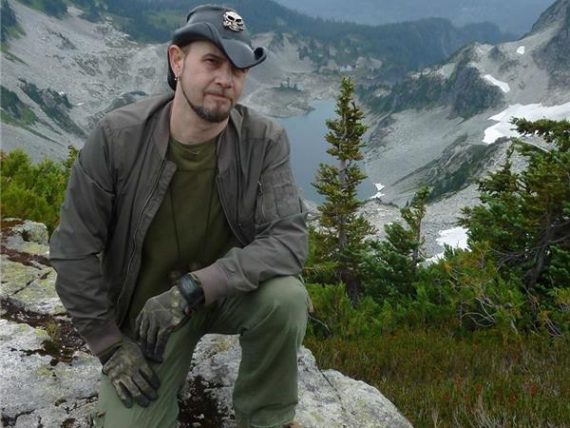 It was late one night, at some point in the latter part of 1956, said Hanks, when he came face to face with a true giant. It was a creature in excess of nine feet in height, one that was humanoid in shape, but which most certainly could never be termed a member of the human race. That much, at least, we can ascertain from Hanks’ description. Ken says, with a great deal of justification, that “[Hanks’] description of the creature sounds reminiscent of something out of an H.P. Lovecraft story.”

Ken is not wrong in suggesting that Hanks’ monster would have found itself right at home in the pages of one of the legendary horror maestro’s novels. In fact, Ken is right on target. Hanks’ nightmarish thing had a pair of fifteen-foot-wide wings that, rather oddly, appeared to be made of bright, shining, aluminum! Not only that, the wings appeared to be strapped to the creature. Or, possibly, they were grafted onto its body in definitive cyborg-style.

If that was not nearly strange enough, the robot-birdman displayed numerous, multi-colored lights that spanned the entire undersides of both wings. Whether for illumination, display, or something else, Hanks didn’t know. Even stranger still - if such a thing is possible - the winged man-thing had a “panel” attached to its chest. Hanks assumed it was some kind of control mechanism that allowed the creature to land, take-off, and soar the heavens above. 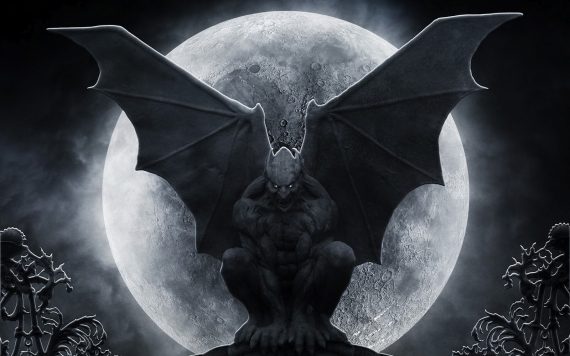 Some, having read the above, might consider and conclude this case to have involved nothing stranger than a brilliant, eccentric inventor. Perhaps, one who had managed to create a portable contraption to allow people to take to the skies in amazing, novel, and previously unheard of, fashion. Of course, the height of the figure – around nine feet – effectively rules out such a possibility from the outset. And there is one other critical component to the story that makes the "mad scientist" scenario so unlikely: the creature’s terrifying, unforgettable face.

Described by the witness as being nothing less than “demonic” in appearance, it had skin that was akin to weathered, battered, brown leather. Its eyes were large, staring, evil-looking and “watery.” The only noise it ever made was a malevolent hissing sound that, hardly surprisingly, sent chills throughout Hanks’ entire body. Whatever the true nature of the monster that stood before Hanks, it didn’t hang around. In mere moments it was airborne, and within a few more seconds it was lost from view; never again to return and plague John Hanks. Much to his eternal relief, one strongly suspects.