Alien Life Forms May Be Found Near Failed Stars

Astronomers often refer to the “Goldilocks Zone” when looking for signs of life near a star – that’s the area of orbit around it where the temperatures are similar to those of Earth, so similar atmospheres and water can form to spawn similar life forms. Many good ideas come from being dissimilar and one group of astronomers has proposed to also look for life signs in clouds formed around failed stars that never made it to the stellar big leagues. Are they on to something?

You don’t necessarily need to have a terrestrial planet with a surface.

In a new report in The Astrophysical Journal, Jack Yates, a planetary scientist at the University of Edinburgh. Proposes the seemingly heretical idea of looking for signs of life in the clouds surrounding cold brown dwarfs. Brown dwarfs are substellar objects – often called failed stars – whose mass is between a heavy gaseous planet (like Jupiter) and a small star. They’re unable to burn hydrogen so they’re generally cold, as are the planets that may orbit them. However, a few have been discovered to be covered in clouds that are what we Earthlings refer to as “room temperature” and that’s where Yates thinks he might find alien life. 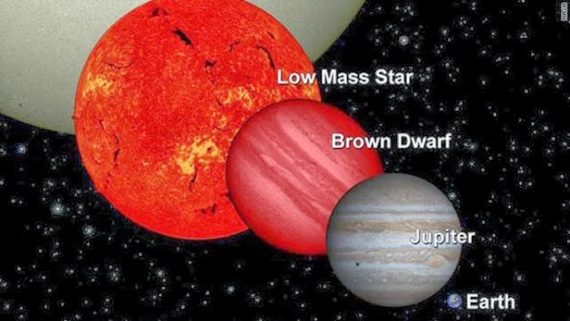 If he were still here, Carl Sagan might agree. Sagan once proposed that the upper layers of Jupiter’s atmosphere may hold and sustain living organisms that float and sink in a temperate zone. This has also been proposed in the denser atmosphere of Venus. Yates is using Sagan’s theories on these microbes as he and his team make plans to analyze WISE 0855-0714, a brown dwarf discovered in 2013 only 7 light-years away.

Lacking starlight to feed on, microbes floating above cold brown dwarfs could be sustained by the chemical soup of carbon, hydrogen, nitrogen and oxygen suspected to be surrounding them. That may be determined when the James Webb Space Telescope (JWST) is launched in 2018. It’s designed to detect objects like cold brown dwarfs and then break down the components of their atmospheres. Estimates show there are 10 brown dwarfs within 30 light-years of Earth. 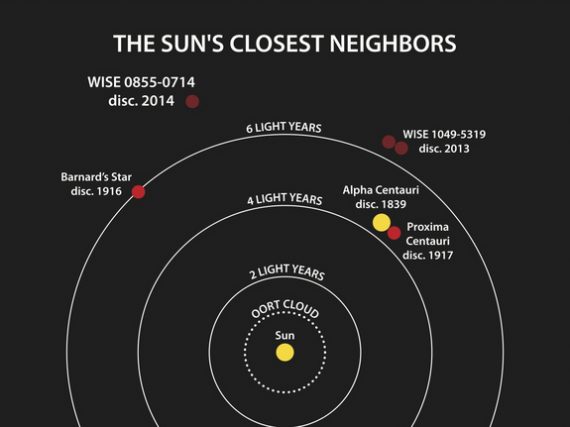 If found, it will be interesting to see how big these floating aliens are. The study refers to microbes but Carl Sagan talked about “vast living balloons could stay buoyant by pumping heavy gasses from their interiors or by keeping their insides warm.”